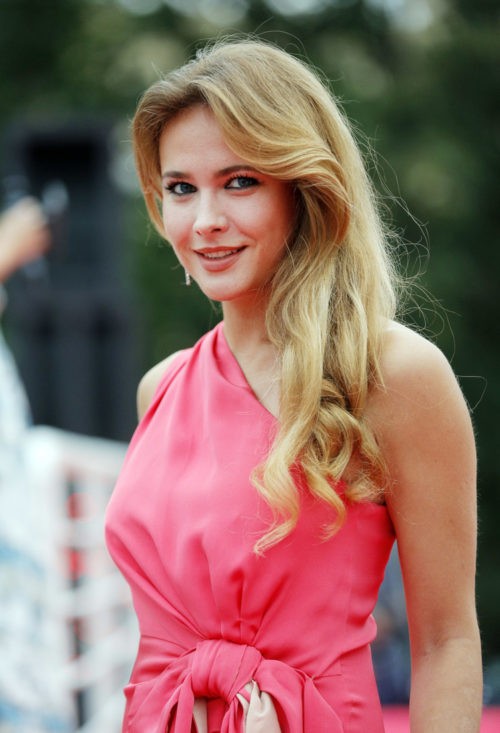 The beautiful Anna Gorshkova is known for several generations at once: some remember the actress for her role in “Poor Nastya” (the popular TV series “zero”), others recognized her after the premiere of the project “House with Lilies” … But the real popularity of her, perhaps, was brought by the role in the melodrama “Passenger” in 2008. Of course, because the film became very popular and received several significant awards at once!

Childhood of the actress Anna Gorshkova

When the girl was four years old, her father, who worked in the KGB, went to the States and left the family. Remotely, he was always interested in the fate of his daughter and helped her, so Anna has a great relationship with her father. Since early childhood, Anya loved to be the center of attention. Therefore, out of all possible circles, I chose a choir and a music school. Anya’s mother chose only the best for her daughter.

So, she decided to send her daughter to the best gymnasium in Moscow, where the “star children ” studied. The atmosphere in the school was nervous, the children were literally fighting for the teachers to appreciate them. Already in the last years of school, Anna began working with modeling agencies and acting in advertising. Then I received an offer to work as a model in Paris. The girl was only sixteen years old, and her mother decided to go with her, afraid to let her daughter go alone. In Paris, the Gorshkovs ‘ affairs were not very successful, Anna was bored at the auditions and the agencies felt it. After two months spent in France, Anna did not sign more than one contract and left with her mother back to Moscow.

In 2001, Anna entered the Institute of Management at the Faculty of Personnel Management, after studying there for two years. Gorshkova decided to try her hand at courses at the school of acting of the film company “Amedia”.

After this school, Anna entered the profession of an actress. Her first work was the TV series ” Poor Nastya”, where Anna played Polina Penkova. Critics ambiguously commented on the debut of the actress, joking that with such an appearance as Gorshkova and play nothing is necessary, it is enough to move in a historical dress in front of the camera, but, nevertheless, the directors continued to invite Anna to participate in their projects. So in 2004, Anna was invited by Karen Shakhnazarov to shoot in his film ” A Horseman named Death”, where she played the role of Rogoznikova.

This was followed by filming in the TV series “Dear Masha Berezina”, in which Anna played the role of the main character’s friend Olga Smirnova. And filming in the TV series “Two destinies-2 ” and “Two Destinies-3″, where Gorshkova played Daria. The main role of Gorshkova received in 2006 in the eight-part film ” Ticket to the Harem”, where she played the role of a provincial Masha, who was kidnapped for an Arab sheikh. In 2008, she starred in the TV series based on the novel by Anatoly Rybakov “Heavy Sand” (the role of Zina). This series won the Grand Prix of the international festival in Marbella.

In 2007, Gorshkova again received the main role, this time in the New Year’s comedy ” Spartakiad. Local warming”. After the “Spartakiad”, Anna was invited to the casting by Stanislav Sergeevich Govorukhin, who approved Anna for the role of Vera Sergeevna Clark. In his film “Passenger ” based on the story of Konstantin Stanyukovich. In the same year, Anna married businessman Mikhail Borshchov. The wedding was celebrated in Spain, the ceremony was directed by the famous director of various TV shows Lina Arifulina.