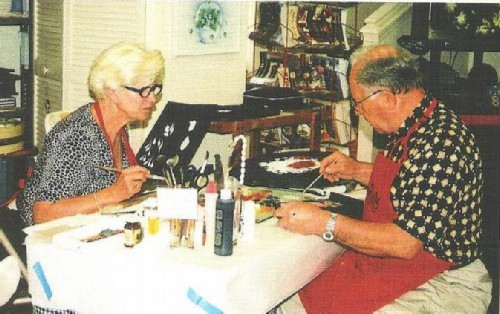 Priscilla discovered Boris Grafov and the charming town of Zhostovo, where he was a master painter in a tray facto­ry, during an educational trip to Russia to learn more about their decorative painting. Enchanted with this lovely Russian folk art form of decorative painting, Priscilla brought this art to the United States. In 1992, Priscilla made it possible for a group of Russian painters from Zhostovo to come to the annual convention and trade show of the Society of Decorative Painters. Many painters fell in love with this art of floral painting and have been students of this work since then. Boris is such a popular teacher that Priscilla continues to bring him to the United States each year to teach classes at her “Studio by the Sea” in Florida.
Priscilla has been successful at translating Boris’ tradi­tional Zhostovo technique into a teachable technique that could be understood by all decorative painters. Not only has she introduced the oil painting technique to students, she also has been able to convert the technique for use with acrylics. With the help of Priscillas teaching skills anyone can learn this beautiful floral painting art.
For more information about classes at Priscillas Studio bv the Sea, see her website at www.priscillahauser.com. 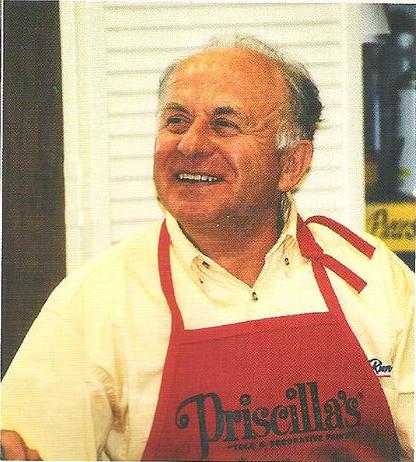 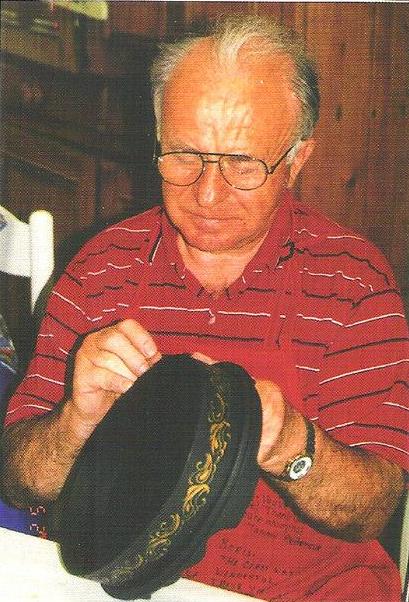 Boris Vasilyevich Grafov is known as an honorable Merited Artist of Russia. He has been decorated with medals of the Academy of Arts, and has won diplomas and awards at numerous exhibitions of different levels in Russia. His acclaim has also reached the world outside of Russia. Boris was one of six artists who were chosen to go to Belgium in 1958 to represent Russian art. He won a Silver Medal for his work. His work is highly valued in the United States where he teaches and sells his paintings to collectors. Mr. Grafov studied at the Zhostovo school in Russia from 1947 to 1950. He worked two more years as an artist in the factory before taking a four-year leave to serve in the Navy. When he returned to the school he took a leadership role. Mr. Grafov has been Zhostovo’s permanent Artistic Director and Chief Artist since 1961.
Mr. Grafov has received many medals from the National Artist of Russia Awards: 1959 Gold Medal and two Silver Medals 1970 Gold Medal 1978 Silver Medal 1996 Gold Medal In Russia, Boris Grafov is recognized as a national treasure. His works are exhibited by major national museums.
In 2002, Boris Grafov published his first book on the Russian folk art painting of the artists in Zhostovo, a small town outside of Moscow. 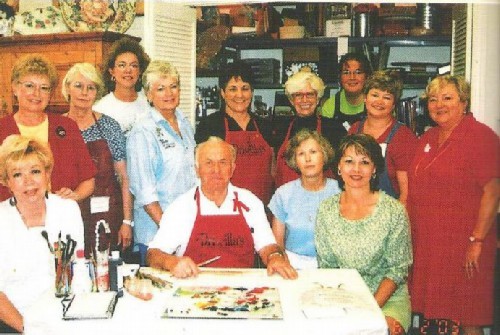 Collectors
Here are some beautiful examples of Zhostovo painting. Now that you have learned its basic techniques, you can admire these pieces with an educated appreciation for the rich colors and endless variations of this Russian folk art style. Today, the works of Zhostovo artists are displayed in museums and exhibitions not only in Russia, but also in many countries around the world.
“Zhostovo trays are increasingly acquiring the meaning of decorative objects rather than a mere household utensil by virtue of the special importance of their painting. Our trays are both beautiful and meaningful. At first sight the painting seems to be finishing off and adorning the tray, but there is more to it than meets the eye . . . Take a closer look and you’ll be enchanted with the meaning of the bouquet . . . Every flower is looking at you and telling you something, or reminding you of something. These flowers are inimitable and always different, each with its own original character, and even the artist himself will not be able to produce the same bouquet.
Boris Grafov 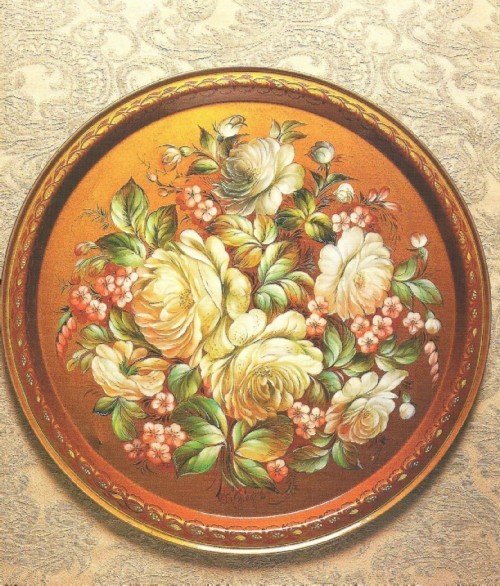 From the collection of Barbara Sundrup 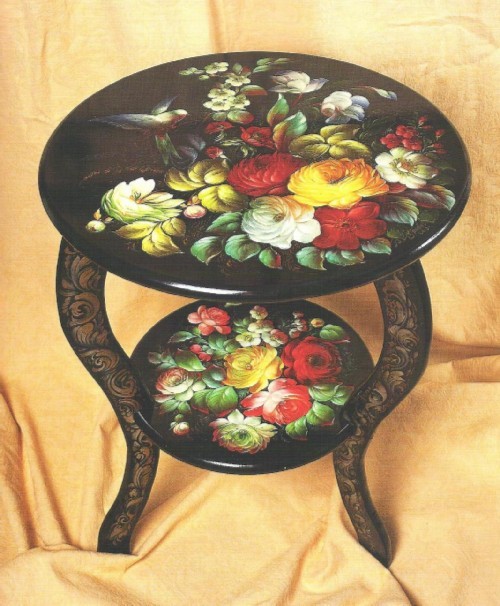 From the collection of Pat Pepper 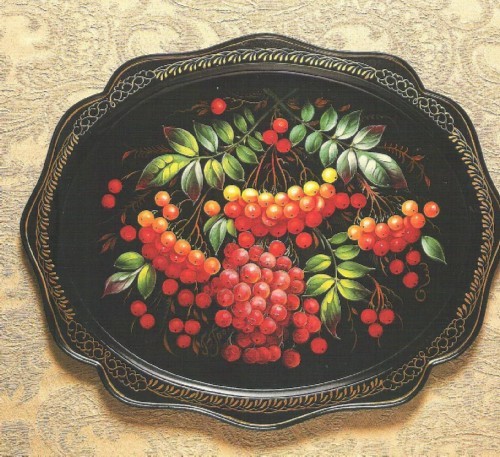 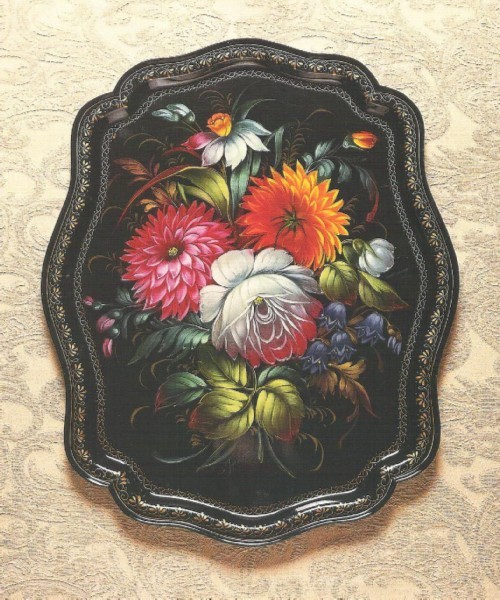 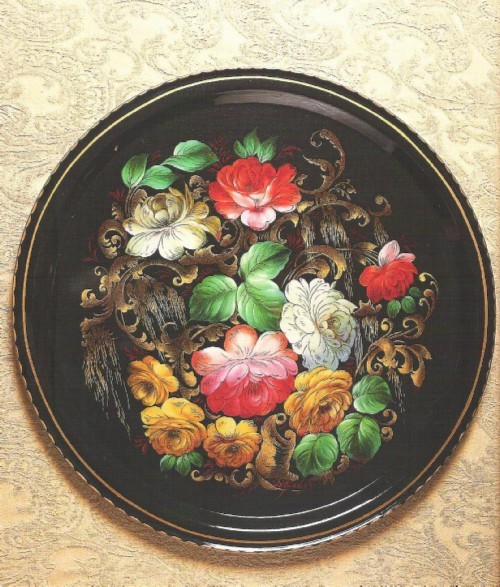 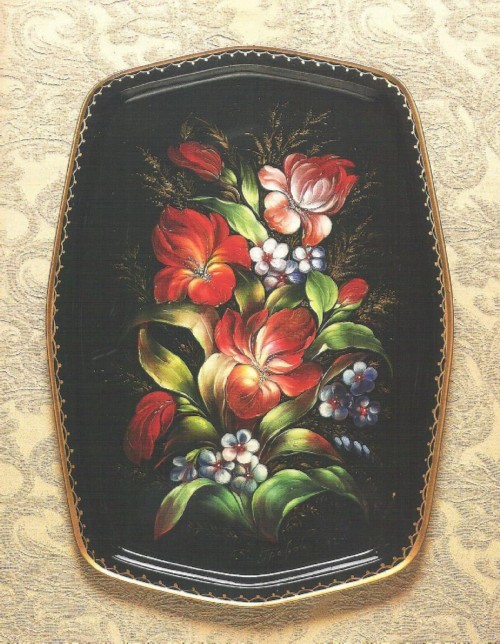