Cruise along the Lena River 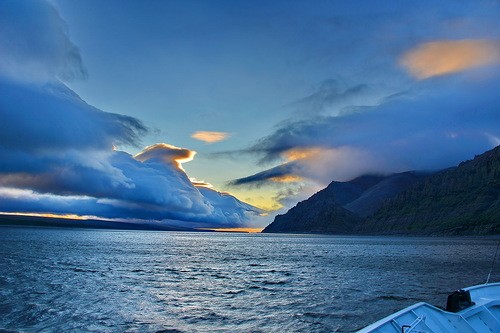 Bad weather over the Lena

Cruise along the Lena River. The set of picturesque photographs by Alex Vaskovich. The Lena is the largest river in northeastern Siberia, falls into the Laptev Sea. Tenth of the world’s longest rivers, and eighth in the world in affluent. Lena flows through the Irkutsk Region and Yakutia. Some of its tributaries belong to the Trans-Baikal, Krasnoyarsk, Khabarovsk edges and to the Republic of Buryatia. Lena – the largest of the Russian River, whose basin lies entirely within Russia. 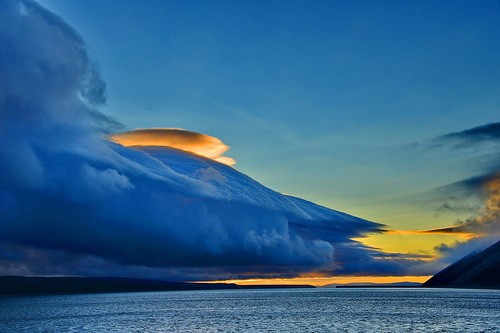 Bad weather over the Lena

The Lena River freezes in the reverse order of dissection – from the lower to the upper reaches. It is believed that the name of the river comes from the Evenk language of the Tungus-Manchu group “Yeh-lii-Yone,” which means “big river”. The discoverer of the river explorer Pyanda in 1619-1623 recorded its name as Elyuene that stuck in the use of Russian as Lena. Lena is considered to be the source of a small lake, 12 kilometers from Lake Baikal, located at an altitude of 1,470 meters. On 19 August 1997 at the source was installed a commemorative plate at the chapel. 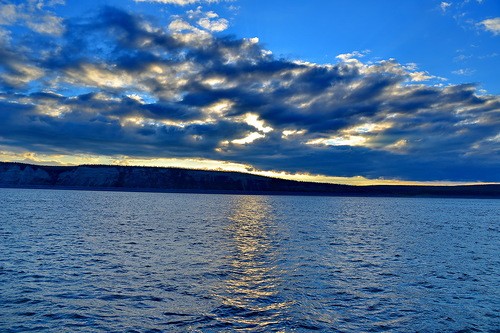 Sunset over the Lena

The banks of the Lena are rarely settled. With the exception of approaches to Yakutsk, where the population density is relatively high, the distance between neighboring localities may be hundreds of miles away. Often found abandoned villages in the taiga, sometimes – time shift camps. 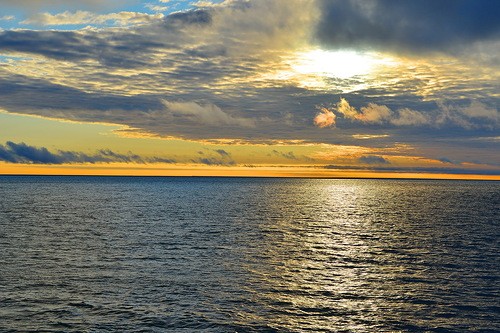 Sunset over the Lena 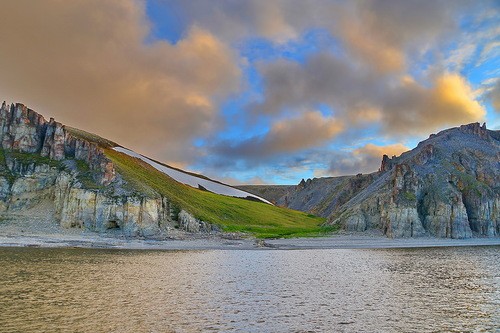 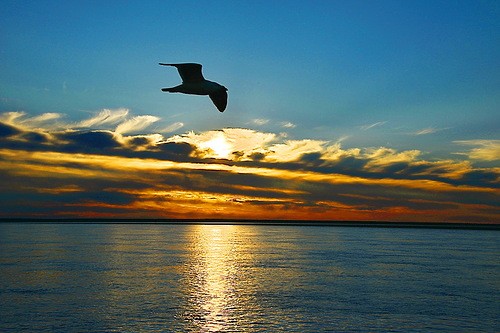 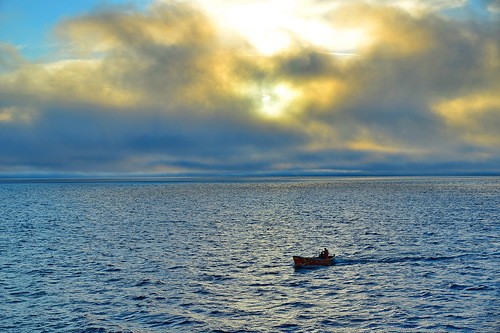 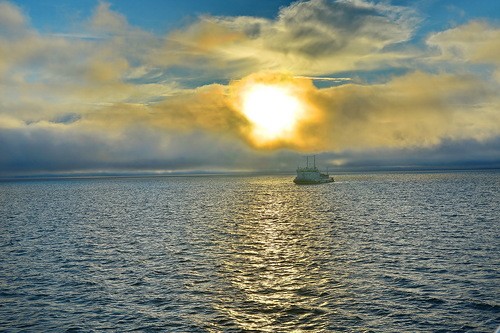 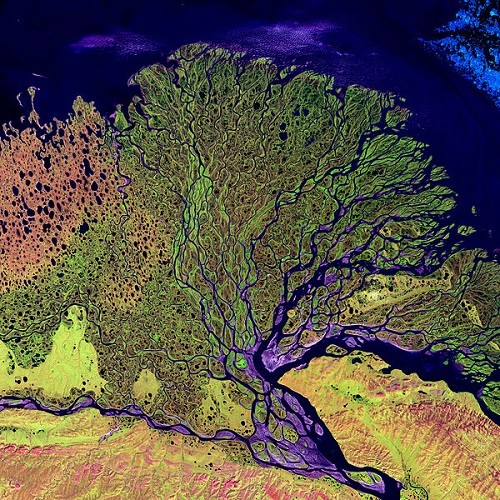 Delta of the Lena River in the photo from space