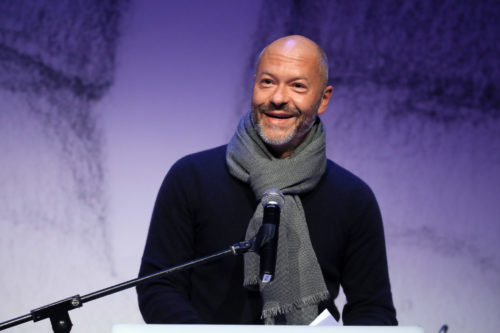 At school, he did not have the best reputation, was a cocky bully and had problems with discipline, but despite this, he successfully graduated from an art studio. After graduating from secondary education, Fedor Bondarchuk initially wanted to enter MGIMO, but later changed his mind. He nevertheless decided to follow in his father’s footsteps and became a student and enrolling in the directing department.

Higher education had to be postponed, since Bondarchuk Jr. left to serve in the army. Returning from service, he successfully graduated from a higher educational institution.

Fedor made his debut in cinema in 1986, when the future actor was 15 years old. After almost five years of acting break in 1997, Fedor appeared in the cult film Midlife Crisis. The actor has more than 80 projects. He played in such films as: “Own”, “9th company”, “9 months”, “Miracle worker”, “Ghost”, “Demon of revolution”, “Year of culture”, “Filatov” and others.

Later, Bondarchuk decided to try himself in a new role. He became interested in directing and liked this experience more and more. He made his directorial debut in 1993, when he released the film “I Love”.
In 2005, he simply stunned the entire cinema when the picture “9th company” appeared on the screens, where the story told about the war in Afghanistan. The audience praised this project very much, but film critics had a different opinion on this matter. Despite everything, this film became the highest grossing in 2005. The director has more than 15 projects on his account: “Inhabited Island”, “Stalingrad”, “Invasion”, “Psycho”, etc.

In parallel with all the responsibilities, Fedor also successfully took place as a producer. His first production job was the series “Quiet Flows the Don”, which was released in 1992. The producer has more than 70 films. His projects were: “ZHARA”, “Dukhless”, “First Love”, “Battalion”, “Trainer”, “Sleepers”, “Selfie”, “Buy Me”, “Year of Culture”, “Dyldy” and others.

Fedor Bondarchuk never stood still and loved to learn something new, interesting, developing his skills. After graduating from VGIK, he decided, together with his close friend Stepan Mikhalkov, to open his own business “Art Pictures Group” – the production of music videos and advertising videos. Then the activity of clip making in Russia was not yet so widespread. And it was in parallel with their small business that Fedor and Stepan decided to master the skills and become clip makers.

For a long time in Fedor’s personal life, everything was stable and harmonious. While still a student, he met Svetlana Rudskaya (Bondarchuk). At the time of their acquaintance, the girl was still in high school. The stormy love relationship between the couple began only a year later. A little later, the couple began to live together, and soon the young people legalized their relationship.

In 1991, Svetlana gave her husband a son, Sergei. And in 1999, the Bondorchuks had a daughter, Varvara. She was born a special child, but Sergei and Svetlana reported this only 12 years later. The girl lives abroad.

However, after 25 years of marriage, in 2016 it became known that Svetlana and Fyodor Bondarchuk told everyone about the divorce. And a little later, the director and producer began to be noticed in the company of the young actress Paulina Andreeva. In 2017, the lovers have already decided to legalize their relationship, but it took two years to really get married. Svetlana said in an interview that Paulina was not the reason for their breakup. All this has been going for a long time. Despite the separation, the former spouses were able to maintain a good relationship.

Having met Andreeva, Fedor Bondarchuk decided to change his style. He has noticeably lost weight and rejuvenated, goes in for sports, eats right and leads an active lifestyle. At social events, lovers often try to match the style of clothing, which speaks of harmony in a couple.

On February 17, 2019, Fedor and Paulina signed at the Moscow registry office, and a magnificent celebration took place in St. Petersburg, in the native land of the bride. The wedding was luxurious, but closed from prying eyes. Many guests were from show business and did not hesitate to congratulate the young by posting photos on social networks.

Despite the significant age difference, Fedor is 21 years older than his beloved, the spouses live in complete harmony and love. Paulina admitted that she could not even dream that Bondarchuk would one day become her beloved man. And Fedor himself says that dignity, decency and honesty for such women are not empty words. For the first time he saw Paulina on the stage, but having got to know her better, he was already completely fascinated by her.