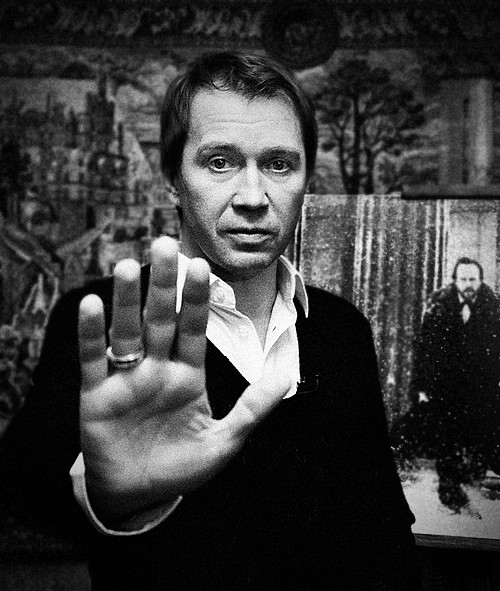 Greatest Russian actor Yevgeny Mironov. His charm is phenomenal, extraordinarily versatile he is capable of any role – responsible officer and deep psychopath, maniac philosopher and notable writer, carefree Casanova and tycoon. For me, Yevgeny Mironov is the greatest Russian actor of all time, the ‘Jack Nicholson’ of Russian cinema (whom I also consider the greatest US movie actor). 47-year-old Yevgeny Mironov looks much younger, but judging by the list of movies and awards he is not less than 75. The most talented film and stage actor, Meritorious Artist of Russian Federation, People’s Artist of Russia, State Prize of the Russian Federation laureate, head of the Theatre of Nations Yevgeny Mironov continues to explore the boundaries of his human role. 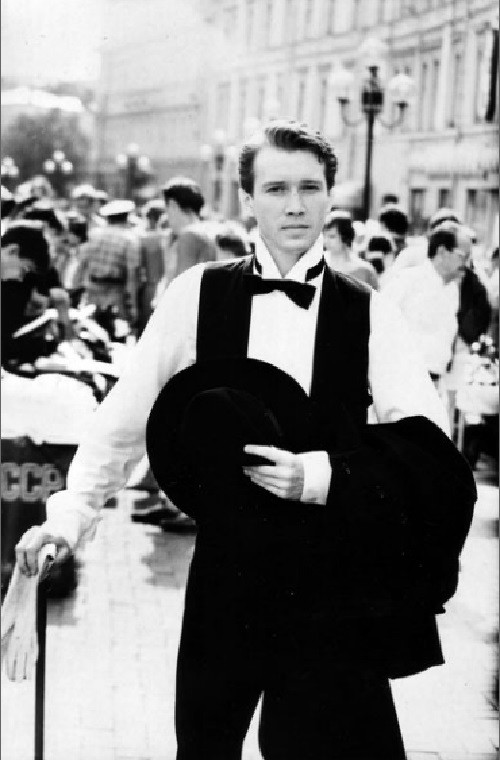 Yevgeny Mironov was born November 29, 1966 in a provincial town of Tatischevo, Saratov region. His father Vitaly Mironov worked as a driver, his mother Tamara worked as a saleswoman and a worker. The ordinary family of Mironovs supported artistic talents of their children – son Yevgeny and daughter Oksana. As a child, Yevgeny took acting and dancing classes, studied accordion playing at music school. Together with his younger sister Oksana Yevgeny performed in front of relatives, with puppet theater made by their hands. As a schoolboy, Yevgeny acted in plays and musicals, which were often staged on his own scripts. 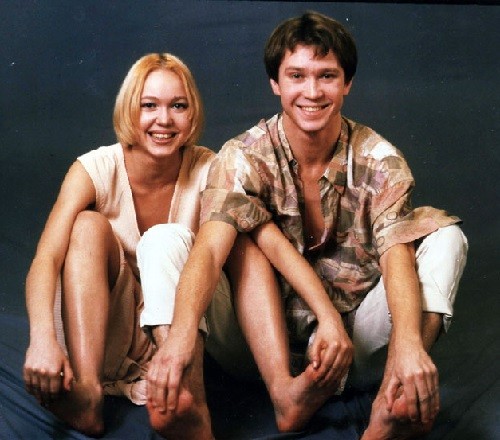 Yevgeny Mironov’s younger sister Oksana Mironova graduated from the Saratov School of Choreography and the St. Petersburg Ballet Academy. Oksana worked at the State Academic Theater of Classical Ballet for 10 years. At the moment she is teaching ballet in her own studio at the Russian State Social University. 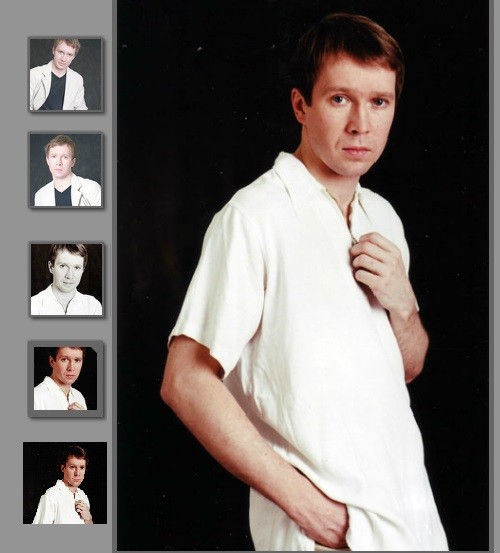 In 1986 Yevgeny Mironov graduated from the Saratov Drama School, and was offered a job at the Saratov Children’s Theater. But he decided to continue studying at the Moscow Art Theater Studio School under actor and director Oleg Tabakov, also native of Saratov. After graduating in 1990, he became a resident actor at the Oleg Tabakov Theater. 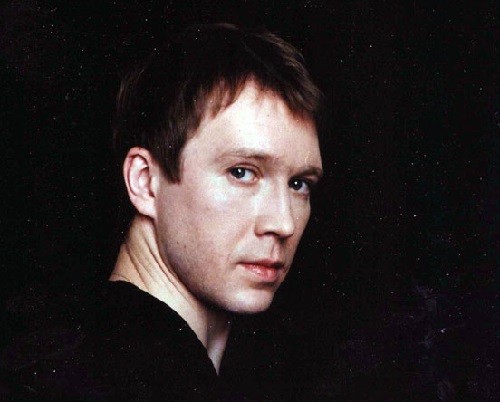 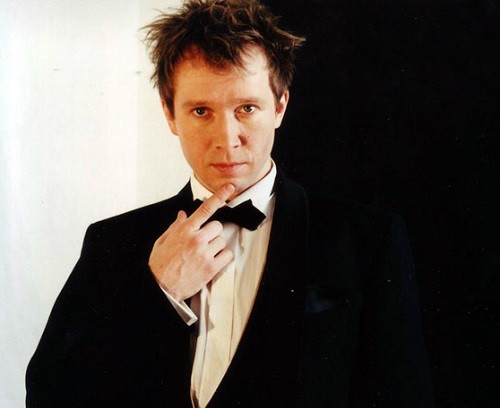 Yevgeny Mironov’s first role in films was in 1988, it was Aleksandr Kaydanovsky’s film “The Kerosene Seller’s Wife”. After several roles in low-budget films, Yevgeny gained national fame and recognition, he received national and international awards and was voted Best Actor of 1992 by Russian film critics. The list of film awards of superstar of the Russian cinema Yevgeny Mironov is really impressive (the list at the end of the post). 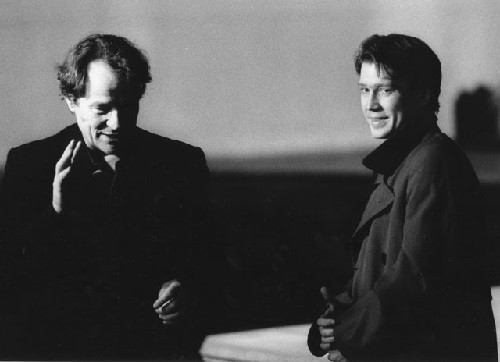 Brilliant theater actor Yevgeny Mironov starred in a legendary international project of a German director Peter Stein’s The Oresteia and Hamlet, Declan Donnellan’s Boris Godunov, Valery Fokin’s The Last Night of the Last Czar and The Karamazovs and Hell. In 2003 he appeared as Lopakhin in Eimuntas Nekrošius’ celebrated production of The Cherry Orchard. Yevgeny actively collaborates with the Moscow Art Theater, where he has appeared as Treplev (The Seagull, 2001-2006), George Pigden (№13 (Out of Order), 2001), and Porfiry Golovlyov (The Golovlyovs, 2005). In 2006 he founded The Yevgeny Mironov Theater Company and produced Figaro. The Events of One Day, directed by the controversial Kirill Serebrennikov with Yevgeny as the lead. 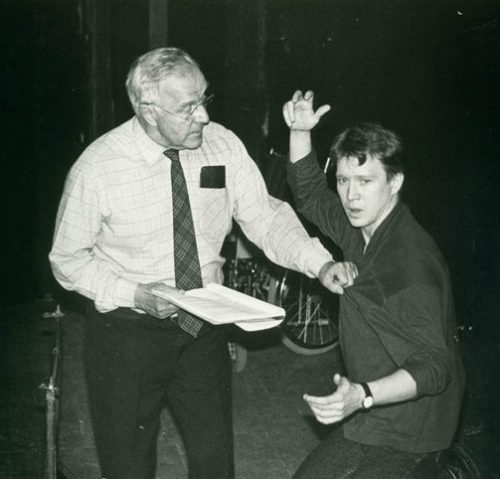 In December 2006, he was appointed Artistic Director of the State Theater of Nations in Moscow, and received the honor of being made a People’s Artist of the Russian Federation in 2005. In the 2009-10 season, the Theater of Nations’ hit show Shukshin’s Stories was honored with both of Russia’s major theater awards, the Crystal Turandot and the Golden Mask, in a variety of categories including Best Production and Best Actor for Yevgeny. Eimuntas Nekrošius’ staging of Albert Camus’ Caligula for the Theater of Nations with Yevgeny in the title role premiered in Moscow and Rome in 2011. This season he stars in the Theater of Nation’s new production of Miss Julie, directed by Germany’s Thomas Ostermeier. 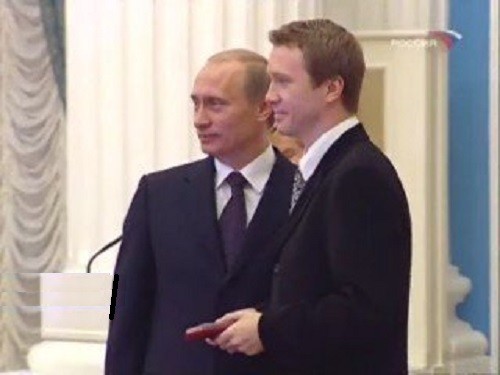 Yevgeny Mironov is an animal lover, his recent status on Facebook page “Time spent with a cat is never spent in vain”. According to Yevgeny Mironov, the only party he belongs to – Party of animal protection. In this case before the presidential election in 2012, he starred in the promotional video in support of the candidate Vladimir Putin. 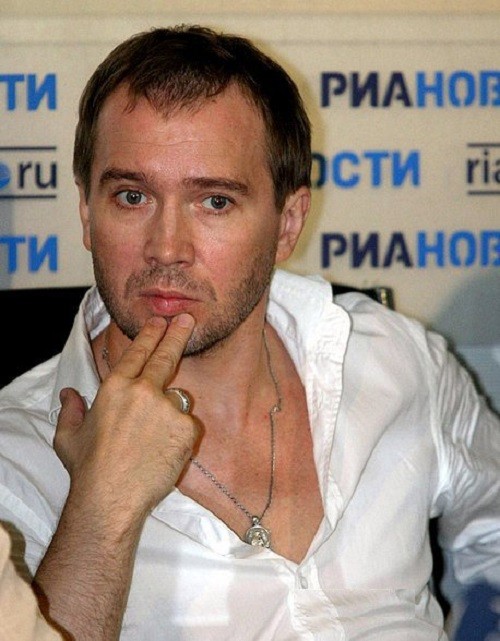 Yevgeny Mironov is active in public service and charity work. Since 2004 he has served on the Presidential Council on Arts and Culture, established to advise the head of the Russian Federation on cultural matters. On Yevgeny’s initiative and with the support of the Presidential Administration, the annual Action in Support of Theatrical Initiatives, a monetary prize, was introduced in 2003. Yevgeny is among the organizers of the TERRITORIЯ International School-Festival of Contemporary Arts and the founder of The Artist Fund to benefit retired actors and the Not-for-Profit National Theatrical Incentives Fund. He actively participates in a number of other charitable and fundraising projects. 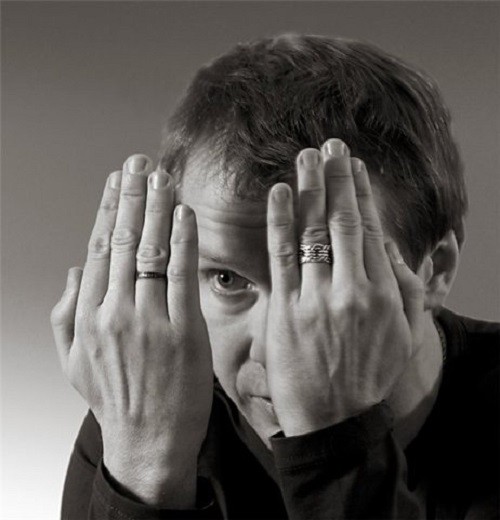 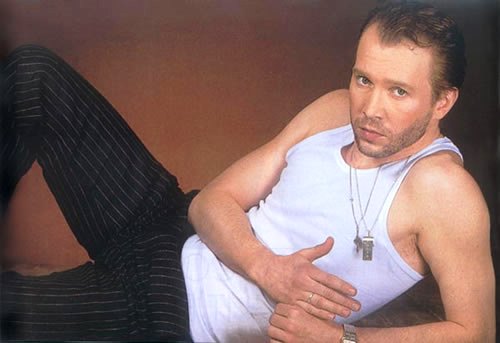 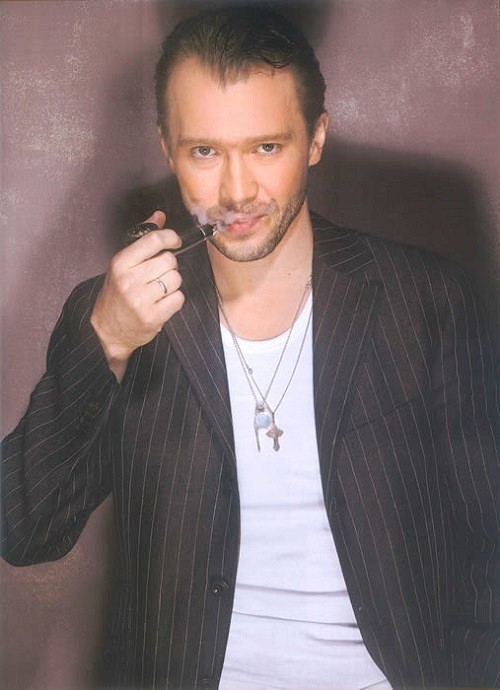 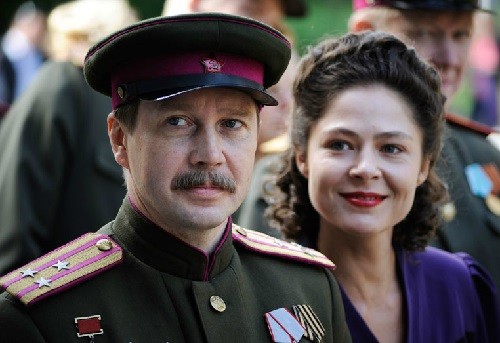 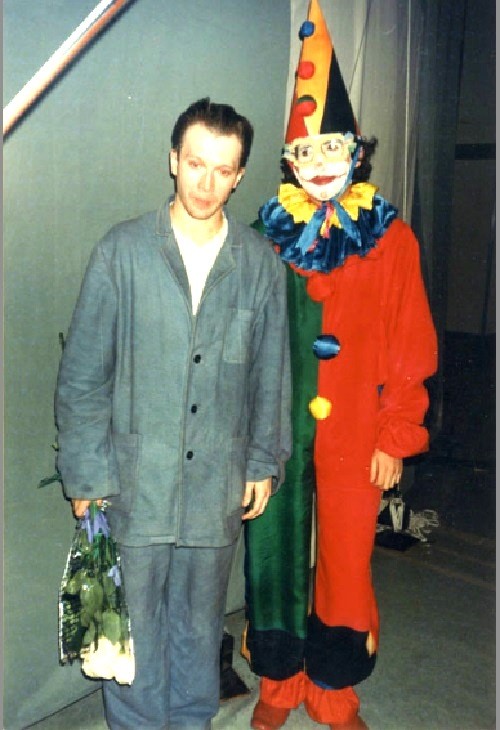 The Last Night of the Last Czar

Yevgeny Mironov as captain Alyokhin in 2001 ‘In August, the 44th …’ – a film by Mikhail Ptashuk based on the novel of Vladimir Bogomolov, ‘The Moment of Truth (August 44th)’ 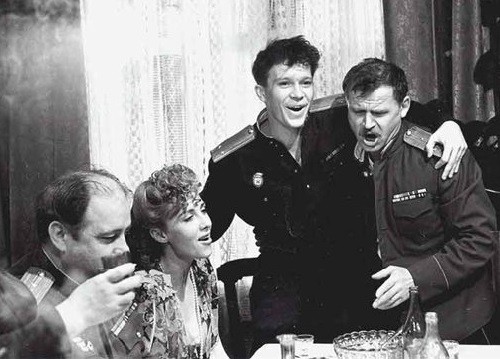 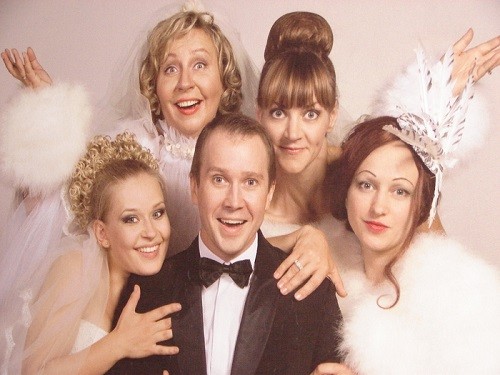 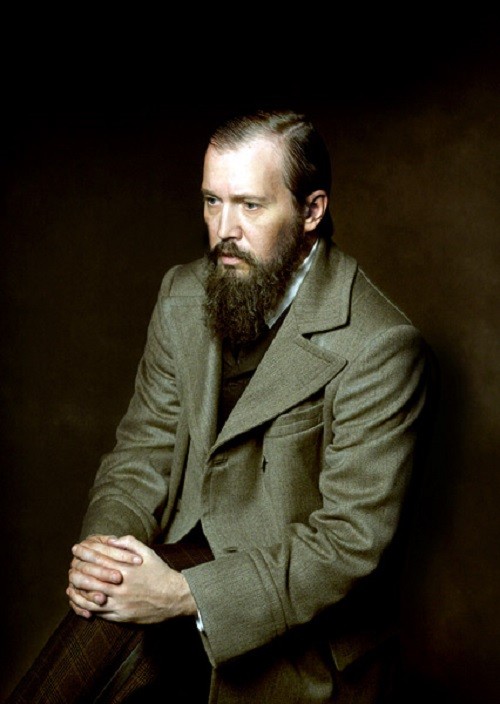 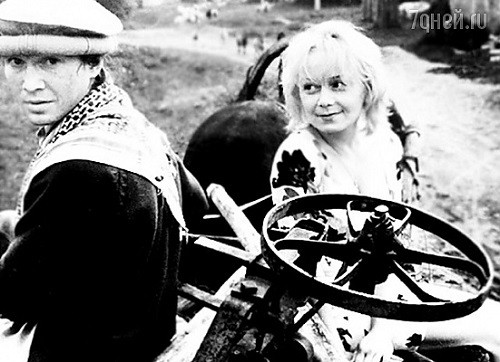 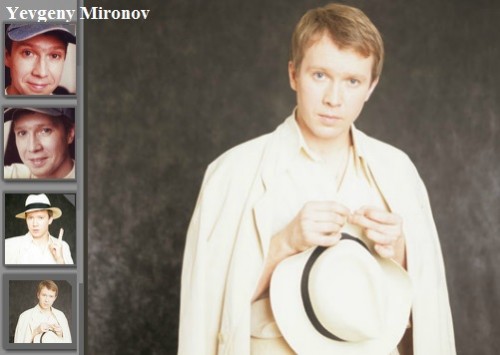