Portrait of Ivan the Terrible, it is in Kunstkamera of Academy of Sciences. Author Unknown

Great Tsar, by the grace of God King and Grand Duke of All Russia, maligned Tsar Ivan the Terrible didn’t kill his own son. Ivan IV entered the Russian history as one of the most educated people of his time, possessing theological erudition and phenomenal memory, a wise king, educator and reformer. In general, much of Russian history, called the “first” associated with the name of the Ivan IV. The first drugstore, the first regular army, the first regular border guards, the first firefighters. Ivan the Terrible was known as a patron of typography and even in enlightened Europe a man of outstanding intellect and erudition. Ivan IV created a powerful kingdom, fought for the purity of the faith and strengthened the Orthodox Russian Autocracy. The myth of Ivan the “Terrible” and other false myths were necessary to justify the horrors of the Inquisition of the Western world, and to show that the Russian orders were not better.

Although some called Ivan the Terrible Russian Count Dracula, the bloodthirsty monster, he was not. A more accurate to say he did not do anything that was done at that time by European monarchs. Historians say that during the reign of Ivan Vasilyevich, and on his orders were executed much fewer people than were killed in France for only one massacre in what became known as the St. Bartholomew’s Day Massacre of 24 August – 3 October 1572, when Catholics killed thousands of Huguenots in Paris. Similar massacres took place in other towns in the weeks following. It should be noted that since 1578 Ivan the Terrible stopped execution. 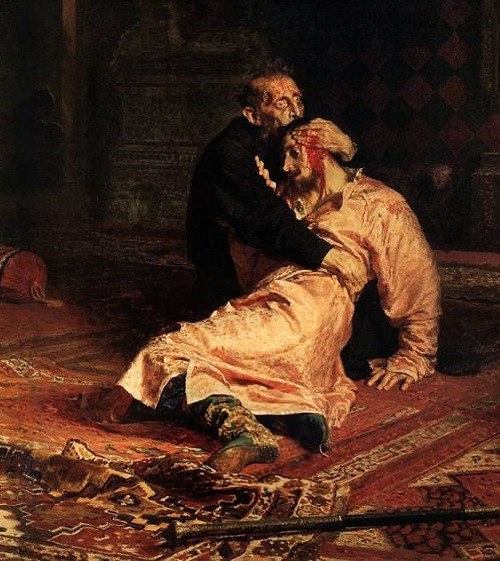 1885. In St. Petersburg, exhibited new work by Ilya Repin “Ivan the Terrible and his son Ivan.” The picture had caused indignation of Petersburg intelligentsia. Procurator of the Holy Synod, the Russian philosopher Konstantin Petrovich Pobedonostzev sent a letter to Emperor Alexander III: “You can not name a picture the historic, as this moment … fantastic. Ivan the Terrible did not kill his son“. Up to this day the imagination of the artist has been enthusiastically taken as a documented fact. 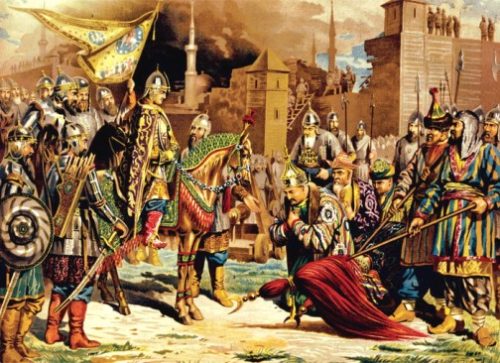 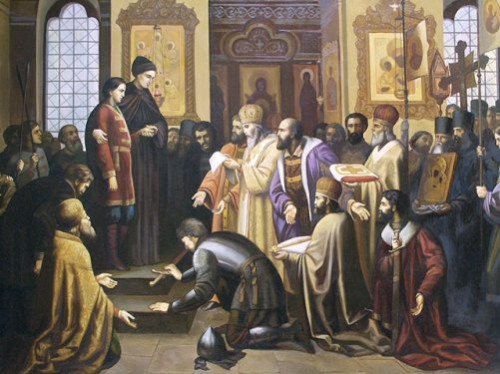 Ivan the Terrible took measures to limit the arbitrary power. He made ​​an attempt not only to streamline some of the relationships between the classes, but limit the arbitrary power. This is reflected in Sudebnik of 1550, the Code of Law. Peasant communities were given the right to self-government. In addition, members of the upper classes could not without reason to detain members of the lower classes. In this case, if the latter occurred, “dishonored” could require the payment of money for the damage they had suffered. If it came to blood, anyone could give the offender a call on any of the weapons. The only limit to the peculiar bouts was that they could not be carried out without the participation of the local governor, who was to act as a witness. 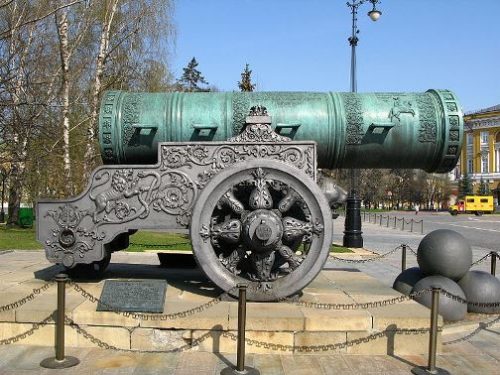 the Tsar Cannon. It was cast in 1586 in Moscow, by the Russian master bronze caster Andrey Chokhov. Mostly of symbolic impact, it was never used in a war

Ivan the Terrible laid the foundations of the Russian army. Under Ivan IV the Russian army appeared as a regular army, which had a significant impact later on Peter’s army. Ivan reorganized artillery. Guns made by by the Russian master bronze caster Andrey Chokhov, served until the reign of Peter I and his military reform. Under Ivan IV started to form the units of Russian guardsmen – Streltsy, which in some respects were superior to military formations in Europe. 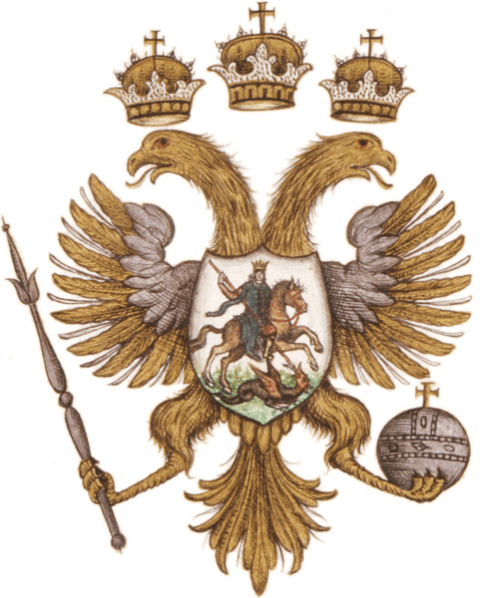 It was under Ivan the Terrible in Russia appeared the first in the history the border statute – “A sentence of stanitsa and Watchdog Service” (1571). At the commandment of Ivan IV on the border were created the first Russian land border posts. The system introduced by Ivan IV caught on for many centuries and had been reformed only under Catherine II. Even Peter I, a prominent reformer, did not see the defects in the boundary charter of Ivan the Terrible. 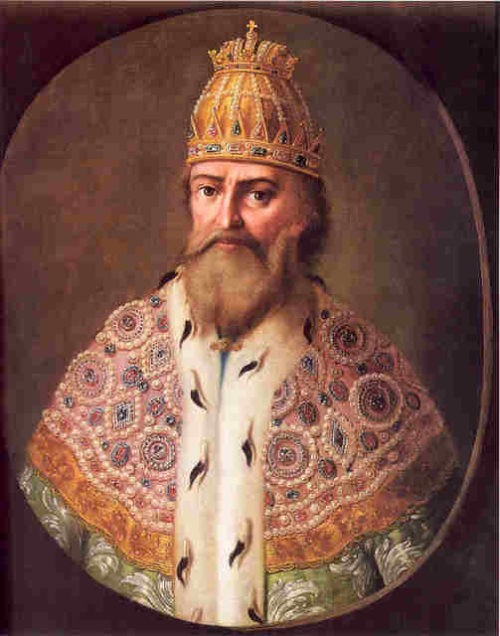 Ivan the Terrible developed farming communities. The reign of Ivan the Terrible was marked by the boom in the population growth of the country. During the years of his reign, the population of Russia had increased from 8.9 million to 12-13 million. And this is due to the fact that Ivan IV created a very good standard of living for the people. It was achieved through the development of middle-class and peasant communities. 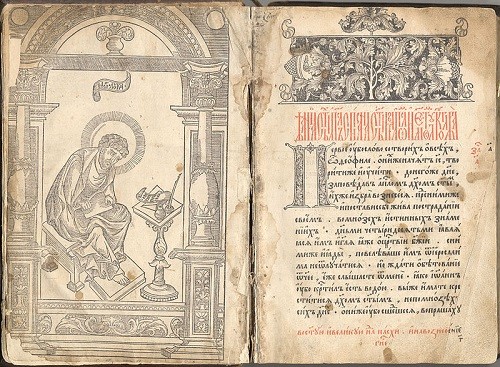 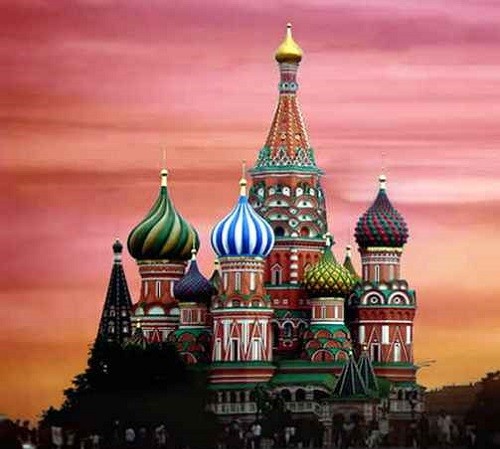 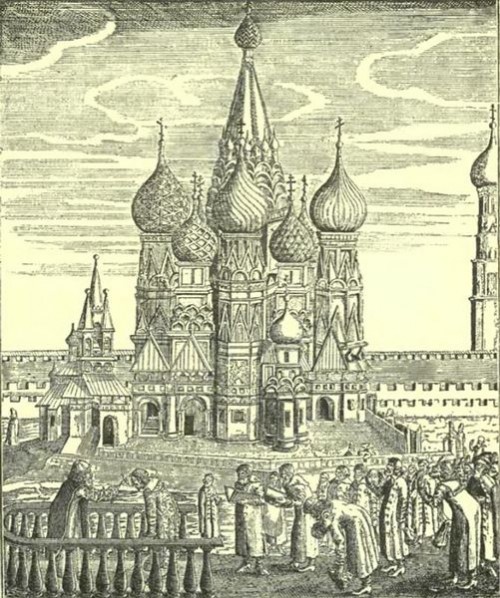 St. Basil’s Cathedral on the engraving of XVII century