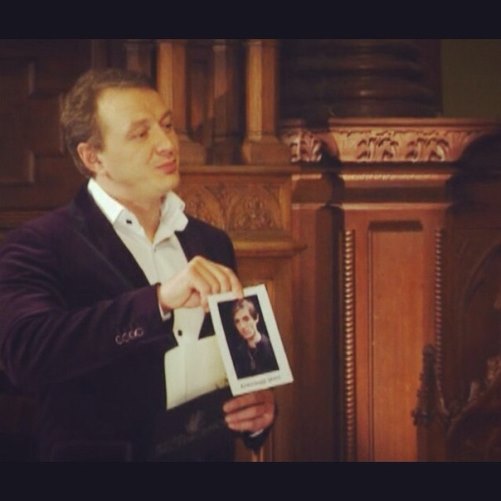 Brief biography of Marat Basharov
Marat Basharov was born on August 22, 1974 in Moscow, in the family of a plumber and a cook. “I’m a Tatar. I respect my native language and religion. I know the Tatar language, being a Muslim, I don’t eat pork,” the actor says. As a child, he did not dream of becoming an actor, but “like all normal boys, he was going to drive a truck or work on a crane.” After school, Marat managed to enter the Moscow State University, the Faculty of Law. However, the older brother intervened in the fate of the lawyer Basharov. “He was connected with the theater and once said that the Sovremennik Theater needed a young guy for a role in the play “The Canterville Ghost”. I got to the rehearsal, the director looked at me and approved me in this role for two whole seasons! – Marat recalls. “During this time, I had the opportunity to learn the profession from the inside, I liked it, and I realized that it was mine.”

Marat Basharov graduated from Moscow State University without sadness and entered the Theater School. Shchepkina. As a student of Sliver, Marat has already started acting in commercials, played a cameo role of a tanker in the film “Burnt by the Sun”. To improve his financial situation, he worked as a janitor in a denim clothing store.

Marat Basharov graduated in 1996, at the age of 22. In 1998, Marat appeared in his first major role – in Nikita Mikhalkov’s film “The Siberian Barber”, where he played the desperate and charming cadet Polievsky. This is the first work made the actor a marked and forced to watch him with other prominent Directors. The second screen work of the actor brought Marat the first mass fame. Basharov played in the film by Stanislav Govorukhin “Voroshilov Shooter”. The film tells about how a pensioner takes revenge for the rape of his granddaughter. Marat plays the rapist, a brash young man named Igor Zvorygin. The film about justice and revenge was a wide success with the audience, and Marat Basharov became recognizable among the people. The actor consolidated his popularity by playing in Pavel Lungin’s comedy “The Wedding” (2000), where he played in a duet with Maria Mironova. The success of the film is evidenced by the fact that it was nominated for the Palme d’Or at the Cannes Film Festival. At the age of twenty-six, Marat entered the Super League of Russian Actors. Among the people, his characters became beloved and famous: Ivan Stolbov in the TV series “Border. Taiga Romance “(2000), Kirill Gridnev in the TV series“ Cobra ”(2001), Koshkin in ” The Oligarch ”(2002), Pyotr Orlov in“ 72 Meters ”(2004) and others.

Marat married Elizaveta Krutsko, an employee of Nikita Mikhalkov’s studio “TriTe”, who was an agent of the actor Andrey Krasko. The marriage was made according to Islamic traditions, and his wife converted to Islam. In September 2004, the thirty-year-old actor became a father – the couple had a daughter, Amelie (the actor from his youth dreamed of naming his daughter that way).

However, the marriage did not last long Crocko. A few years later, the actor took part in the TV project “Stars on Ice”, where he danced together with figure skater Tatyana Navka (their pair became the winner of this project). Soon they began an affair, which became known to the yellow press. In 2009, after the publicity of his love affair, Marat divorced his wife.

Marat Basharov is also the host of the show on TNT “Battle of Psychics” (since 2009), participates in various dance TV shows.