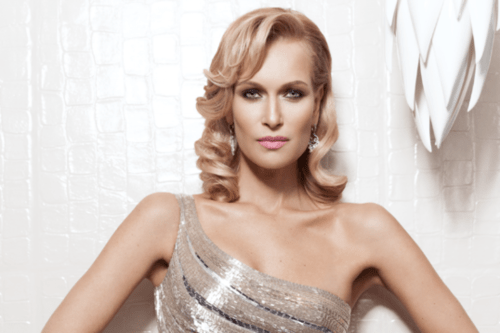 Olesya Sudzilovskaya was born on May 20, 1974 in Zelenograd. Since childhood, the future actress was engaged in rhythmic gymnastics and at the age of 16 became a candidate for master of sports.

Olesya did not want to be an artist, she dreamed of a sports career. But at the age of 14 Sudzilovskaya changed her mind and there are reasons for that. At school, she was noticed by an assistant director who was looking for artistic students for the film “The Intermediary”. Noticing the future actress, the assistant invited her to audition. At the casting, Olesya struck everyone with one feature: she could cry just like that, instantly, switching to this emotion. So, she appeared in the film, where she played the main role-the girl Nastya.

After successfully finishing school, Olesya decided to apply for admission to theater universities and forget about sports achievements. So, she became a student of the Moscow Art Theater Studio School. In 1997, she successfully graduated from a higher educational institution.

After graduation, Sudzilovskaya began to collaborate with the Moscow Academic Theater named after Mayakovsky. She appeared in such theatrical productions as: “Student’s Love”, “Victim of the Century”, “Vanyushin’s Children”, “Karamazov”, etc.

The actress made her debut in cinema in 1997, when she appeared in the film “Mama, do not grieve!”. On the set, she worked with such famous actors as: Alexander Bashirov, Yevgeny Sidikhin, Gosha Kushenko, Nina Ruslanova, etc.

And in 2000, Olesya became famous when she played in the TV series “Stop on Demand”. Then not only the directors, but also the audience learned about the young actress. Interestingly, at first she did not want to participate in this project, but later she agreed.

Her filmography includes more than 60 films. She appeared in such films as: “Swindlers”, “Zhurov”, “Bandit Petersburg”, “Natural Selection”, “What girls are silent about”, “House Arrest”, “Filatov”, etc. The actress is quite popular in her profession and many directors dream of collaborating with her. But Olesya carefully selects the scripts, getting used to her characters. She also has one important requirement — she does not act in nude pictures, this is taboo.

The personal life of the actress has long been stable and unshakable. For several years, she met with businessman Sergei Dzeban. Once in Krasnoyarsk, Olesya was given a ride by a businessman. At first, there were no feelings. Sudzilovskaya thought that he was an ordinary driver and even offered him a more promising job in Moscow. Later, a stormy romance broke out between them. In January 2009, she gave Sergei a son, and in October of the same year, the lovers legalized their relationship.

Despite many rumors of divorce, in 2015 it became known that Olesya was pregnant with her second child. Although the information about the pregnancy was a secret, the actress did not want to discuss her joyful event, but in 2016 it became known to the public that the couple had a second heir — son Mike.