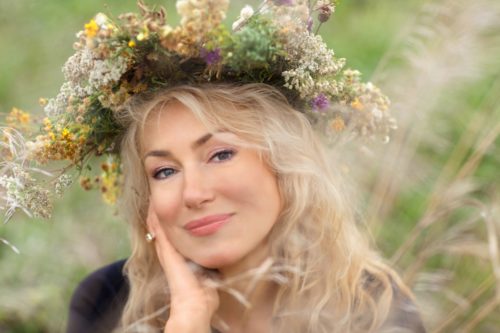 Talented Russian actress Maria Shukshina is famous not only as the daughter of well-known actors, but also as a presenter of the program “Wait for me.” In her creative piggy bank – more than 40 roles in movies. Began acting in childhood, Maria did not connect her future with an acting career. Mariya Shukshina was born May 27, 1967 in the family of the famous writer and screenwriter, actor and director Vasily Shukshin and actress Lydia Fedoseyeva Shukshina. In the film Maria debuted at the age of eighteen months, playing in the almanac “Strange People” (1969).

In the story “Bratka” 1,5-year-old Masha played the daughter of Lydia, and in 1972 – daughter of the Rastorguevs in a lyrical comedy “Pechki-lavochki” In the children’s movie “The Birds over the City” (1974) heroine of Shukshina – Masha, daughter of the Vishnyakovs.

After graduating from high school Maria entered the Faculty of translators of the Institute of Foreign Languages named after Morris Torrez, and after graduation worked as a translator and broker on Russian raw materials exchange. But, as they say, there is no way to escape fate.

The real career of Maria Shukshina as a film actress started in 1990. In the drama “The Eternal Husband” (1990) she played a small role, and in the drama “American Daughter” (1995) her character – Olga Varakina, Ann’s mother. Actress superbly done with the role of American immigrant, Russian woman who calmly argues with her former husband why he could not see his daughter.

Maria Shukshina has four children: from her first husband – Artem Tregubenko, daughter Anya (1989), from her second husband businessman Alexei Kasatkin she has a son Makar (1998), and third husband, a lawyer and businessman Boris Vishnjakov – twins Foma and Foka (2005).