Russian actress Natalia Kustinskaya was considered one of the most beautiful actresses of the Soviet cinema, Soviet Brigitte Bardot, put in the list of 10 most beautiful actresses in the world. Glory fell on her after the release of the movie “Three plus two”, where the actress played with Andrey Mironov, Evgeny Zharikov and Natalia Fateeva. Kustinskaya had a bright and interesting fate, but at the same time her life was tragic. In her youth a gypsy foretold her that the first part of her life will be happy, and the second part she will have to pay for the happiness. And she was right.

Natalya Kustinskaya as a schoolgirl

Natalia Kustinskaya was born April 5, 1938 in a family of entertainers. Father was entertainer, performing couplets, tap dancer, performing with famous actors Mironova and Menaker, and her mother was a singer. Natalia could not imagine another than artistic career. Indeed, in their Moscow apartment on Malaya Bronnaya often appeared famous actors and musicians, among whom were Ruslanova, Clavdia Shulzhenko, Isabella Yurieva. 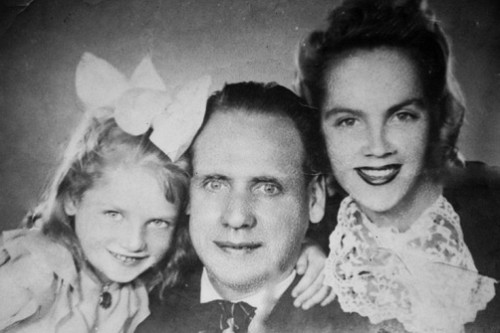 Natalya Kustinskaya with her parents

The girl liked visiting her parents’ concerts. And from the very early age she got involved in singing, dancing and poetry recitation. Natasha graduated from Music School at Gnesinka class piano, with honors. She had shiny appearance, all who knew her predicted her bright career in the movies. 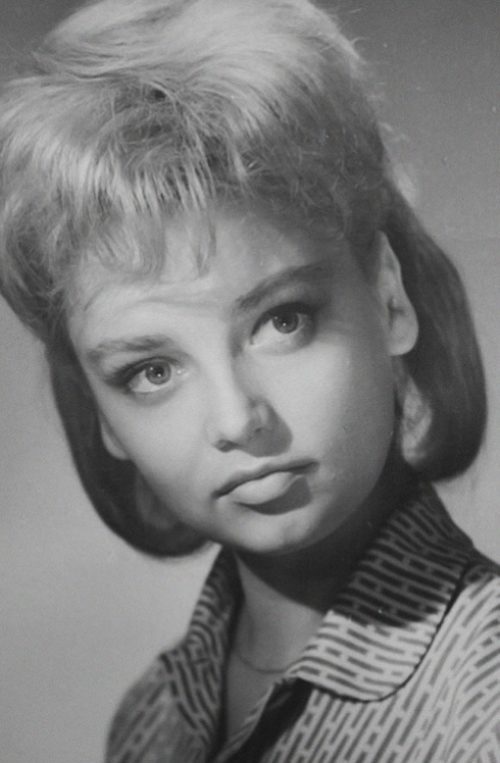 After school, Kustinskaya filed papers to Vakhtangov School and the Film Institute. And was accepted in both institutes! Natalia chose the Film Institute. Students were prohibited from participating in the movies, but made ​​an exception for Kustinskaya. She was invited by Grigory Roshal himself, to his film ‘The Road to Calvary’. The film “Gloomy morning ” was a continuation of the film. Though Kustinskaya’s role was small, it was a great start for the young actress. 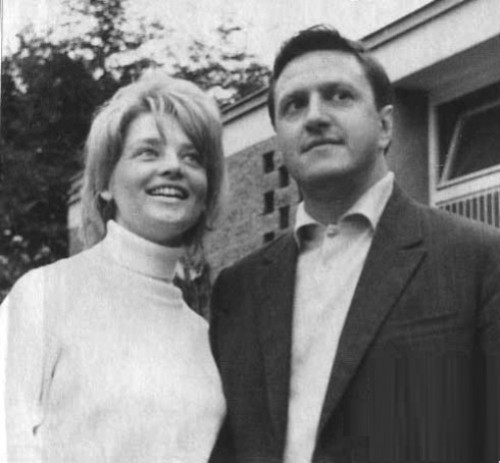 Film debut coincided with the first marriage – 18-year-old Kustinskaya married a film director Yuri Chulyukin, the future author of the films “Intractable” and “Girls”. She married him as a revenge to her group-mate, who was in love with her, but absolutely didn’t hurry with a marriage proposal. Chulyukin also made ​​a proposal, on the second day of their acquaintance. While she was going to Minsk to act in a film, and she just laughed in response. However Chulyukin’s love was insistent: “You will go to Minsk as my wife”. And they were married the next day.

It would seem that now she was provided with work in the movies. Husband promised her a role in his famous comedy “Girls” . However, art and film directors Yuri Reisman and Mikhail Romm said that beautiful Natalia is not suitable for the role of a cute provincial girl Tosya . Chulyukin started shooting Nadezhda Rumyantseva, without even informing his wife. Kustinskaya was very offended, moreover, refused the offer of the role Anfisa in the same film.

Nevertheless, career of Kustinskaya successfully continued without participation of her husband. And in 1963, after the comedy by Henry Hovhannisyan “Three plus two”, she became truly famous. Easy fun story about three young men who met on the seashore two charming girls, became an instant Soviet hit.

Shooting film scenes at the South seaside strongly disposed to flirt. Andrei Mironov, then immediately fell in both – Nataliya Fateeva and Kustinskaya. Her husband was jealous. He visited Kustinskaya on the set, saw her appear before the camera in a bathing suit, and gave her a scandal. Bouts of jealousy from Chulyukin happened constantly. Kustinskaya preferred not to pay attention to it. 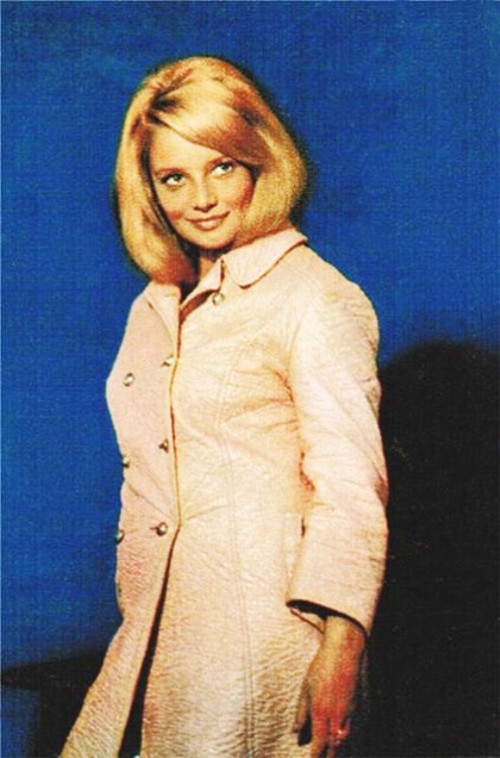 New life has swept actress. Popularity after the film was furious, thousands of letters came from fans, and her pictures were sold in each booth. And then there was a visit to France, where French fashion magazine put her picture on the cover with the caption “Soviet Brigitte Bardot” and local journalists put the actress in the top ten most beautiful women in the world!

In 1966 Chulyukin finally entrusted Kustinskaya a major role – Alena in the comedy “The Royal Regatta”. But still, their eight-year marriage ended. Director Chulyukin did not give her a divorce for five years, but for her, the topic was finally closed. 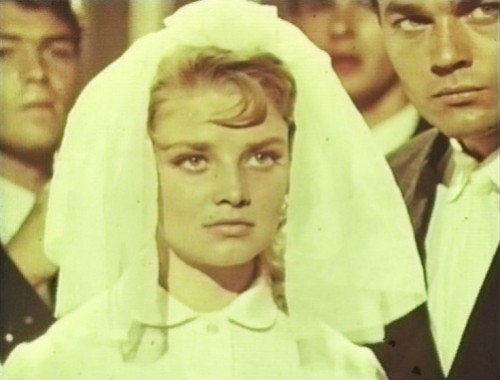 The actress got a proposal from a man far from the world of art, – the diplomat Oleg Volkov. Respectable and solid officer left the family for Kustinskaya. Volkov’s father never forgave his son and hanged himself. Volkov terribly worried, and sometimes blamed Nataliya. Yet in 1970 the couple had a son Dima.

Natalya Kustinskaya with her son

At this time, the actress was lucky – her husband did not torment her with jealousy and suspicion, but in fact she was admired by by many people – actor Alexei Batalov, singer Magomayev. Magomayev made a marriage proposal to her during a tour in Minsk. She refused.

Kustinskaya and Fateeva were once friends and decided to celebrate the New Year together. This holiday became fatal. Fateeva was with her husband – a pilot – cosmonaut, Hero of the Soviet Union Boris Yegorov – beautiful, smart and famous. Egorov fell in love with Kustinskaya at first sight. A few months later he came to Kustinskaya, invited her to a restaurant and there told her about his love. 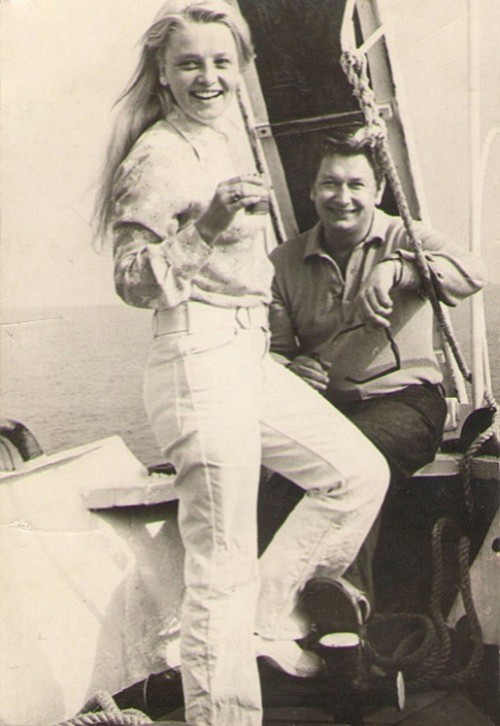 Kustinskaya initially tried to escape from the fate – escape literally, but Egorov followed her everywhere. And she gave up. Oleg Volkov, having learned about the situation, tried to commit suicide. The actress had to nurse him. Still Kustinskaya and Egorov left their families and started a new life. Cosmonaut immediately adopted Dima.

At first they lived at friends’, and then Egorov got a hundred-meter luxury apartment with a swimming pool and a winter garden. Such luxury in the then Soviet Union was difficult to even imagine. They ordered in France furniture with gold upholstery, stylized in the XVIII century. They spent summer holidays in the prestigious Foros, where there were members of the CPSU Central Committee cottages. Material well-being combined with family harmony – Natalia Kustinskaya then recalled their life as “in paradise”. 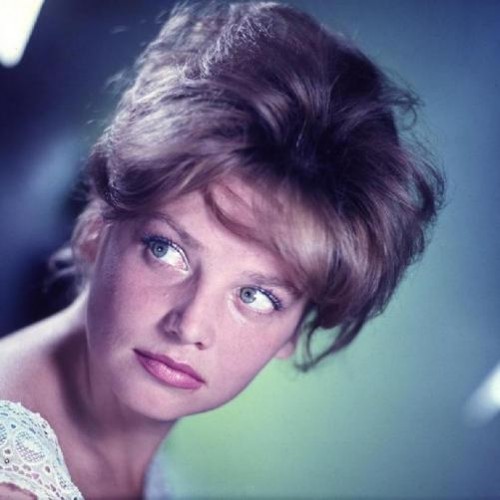 And then the trouble started. In 1982 she was invited to a major role in the German film “The Magic Mountain” by Thomas Mann. Filming was to be held in Munich, and partners of Kustinskaya could be Sean Connery and Charles Aznavour. But by order of the first deputy chairman of the KGB Tsvigun Natalia Kustinskaya was not allowed to participate in the film. It was rumored that her contribution to this matter was made ​​by offended Fateeva who had an affair with Tsvigun. 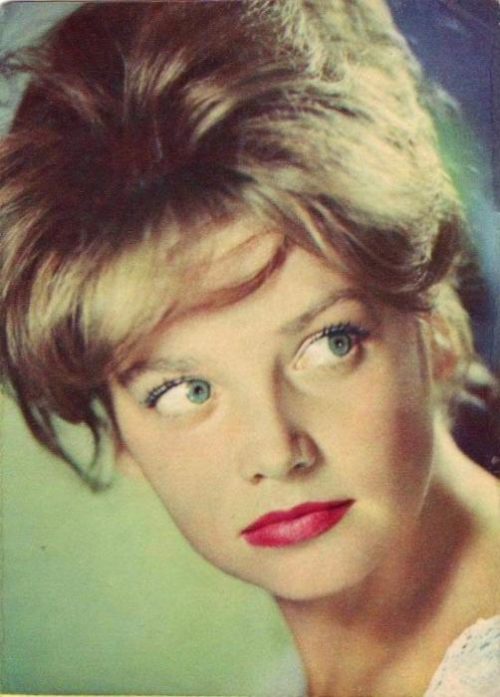 The following year, the son of actress Dima made ​​a successful debut in the film, playing a major role – Dima Somov in the famous film by Rolan Bykov “Scarecrow”. Because of this Kustinskaya and Egorov had first serious fight. Astronaut was against a career of an actor for their son, he prepared him for diplomatic work, and wanted him to enter the University of foreign affairs, prestigious MGIMO.

After this disaster hail rained down on Kustinskaya. First her parents passed away, then – Nanny Maroussia, who frew Natalia, and her son. In 1985, she learned that her first husband – Chulyukin was tragically killed in Mozambique, falling into the elevator shaft.

And then, during the musical play “Kiss me, Kate”, she fell and suffered a broken tibia. Hospital two months, six months on crutches. But misfortune did not end there. Hardly recovered from an awkward fall Kustinskaya went for a walk with the family favorite – a huge St. Bernard. At the entrance dog rushed down the stairs and drew away the hostess. Kustinskaya broke skull and was hospitalized for a long time.

When Natalya Kustinskaya was discharged from the hospital, she learned that there was a mistress wife. Not listening to explanations, the actress filed for divorce immediately. Boris begged her to forgive him, he even had a heart attack, and he was hospitalized. But her pride would not allow the actress to return to her husband. Three years later, Egorov died. 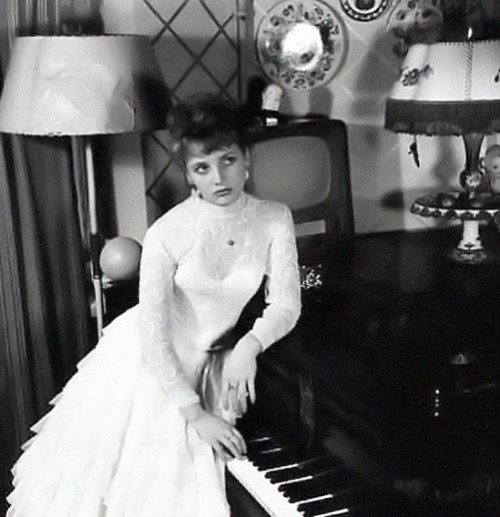 “Of course, I later regretted my decision to divorce with Boris, but something was not allowing me to pick up the phone and say that I forgive … Who knows what would have been his fate, if I could get over my pride” – then said Kustinskaya. Together they lived 20 years … 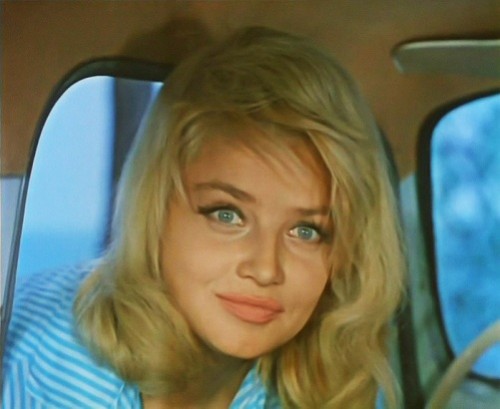 Natalya Kustinskaya in 1963 in ‘Three Plus Two’ (as Natalya)

Soon after the divorce, she married Professor Gennady Khromushin. However, some rock haunted the woman, and soon her husband suffered a fractured shoulder. During the operation he was infected, and in 2002 he left this world.

But it was not the worst thing in her life. The most severe problems were with her son Dima. His son and grandson of the actress died at six months of age. Dima was divorced, depressed, began to meet with dubious characters. In 2003, he was found dead on the street. Causes of death remained unsolved.

It was impossible to bear. Actress, losing a son, tried to find refuge in alcohol, gained weight, become ill with arthrosis. There were people who did not leave her – godmother of Dima – Natalya Varley and his partner on the “Scarecrow” Kristina Orbakajte. And she rose from the ashes – in 2008 even starred in a movie about her life “Natalia Kustinskaya. Paying for love.” She died on December 13, 2012 from complications of pneumonia.
December 17, the actress was buried next to her son at Kuntsevo Cemetery Moscow.

December 17, the actress was buried next to her son at Kuntsevo Cemetery Moscow