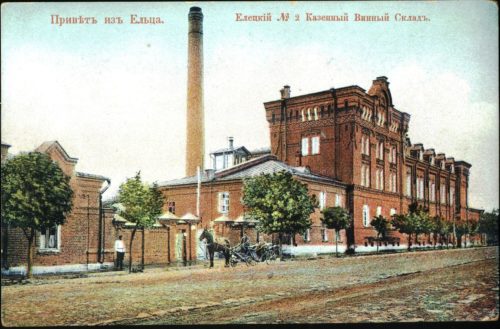 Ancient, like Russia itself, the city-warrior, the city-worker Yelets has written many glorious pages in its history. For the first time Yelets is mentioned as existing in the annals in 1146.

History of the town of Yelets

It arose as a fortress city on the border with the “Wild Field” in a series of fortress cities built in the X-XII centuries, whose task was to guard and protect the outskirts of the Russian lands. Yelets was one of the bastions, on which numerous raids of nomadic tribes crashed. The city repeatedly blocked the path to the Russian lands for the Polovtsy, Pechenegs, Tatars, Mongol-Tatar conquerors.
Yelets was repeatedly destroyed, burned to the ground, and many of its inhabitants died in battles with the enemy.

In 1483, the Yelets lands became part of the Moscow state. 1591, Moscow decided to restore Yelets, which was supposed to serve as a kind of shield covering the center of Russia from the Crimean invasions. 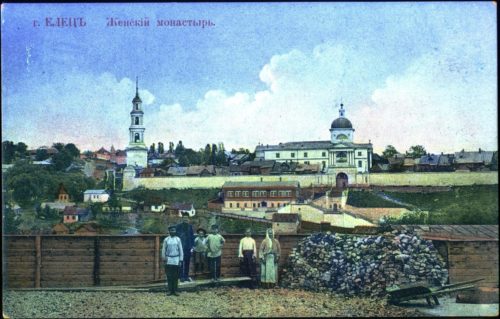 In the first quarter of the 17th century, Yelets became a district town. With the expansion of the borders of the Russian state, Yelets lost its military function, turned into a city of artisans and merchants. It became a major center for the sale of bread; blacksmithing was developing in Yelets.

At the beginning of the 18th century. the government of Peter I carried out a reform, according to which all the cities of Russia were distributed among eight provinces. According to the new administrative division, Yelets became part of the Voronezh province.

In the Patriotic War of 1812, along with the entire Russian people, the Yelchan people took part. Yelets was one of the southern supply bases of the Russian army. He fought heroically against the French.

During the Great Patriotic War, Yelets again stood in the way of the invaders who wanted to seize Moscow.
The Nazis lost at Yelets 12 thousand people killed and wounded and many weapons. The Hitlerite command had to disband the 34th Army Corps. 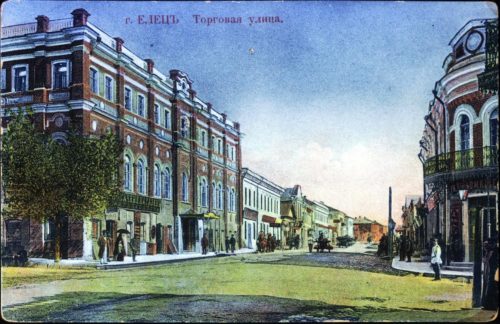 Russia adequately appreciated the exploits of the Yelchan people:

16 of them were awarded the title of Hero of the Soviet Union and the Russian Federation,
5 – became full holders of the Order of Glory,
8520 were awarded military orders and medals,
6000 workers of the city and region – the medal “For Valiant Labor in the Great Patriotic War of 1941-1945.”
194 employees of the Yeletsk railway junction received the title of “Honorary Railroad Worker”.
14 of our fellow countrymen took part in the Victory Parade in Moscow on June 24, 1945.

Next to the Orthodox shrine – the Ascension Cathedral, a military shrine was installed. It is a granite column crowned with the emblem of the Russian Federation made of gilded bronze with the text of the Decree of the President of the Russian Federation on conferring the honorary title on Yelets. In the corners of the site measuring 17×17 meters, images of specific historical events related to the history of the city and perpetuating the feat of the defenders of the Fatherland were depicted in artistic relief. 16 images that illustrate 16 historical milestones and the autograph “We are from Yelets” left at the Reichstag.

Yelets is a city in Russia since 1146, the administrative center of the Yelets district of the Lipetsk region.

The town of Yelets on old post-revolutionary postcards. Gallery.