State Museum-Reserve Tsaritsyno
Oh, Tsaritsyno! My soul will preserve the memory of everything that I have seen here. My last look at you will be a look of regret as I am parting with you and a look of gratitude for the consolation, which you had given me. I shall never ever forget you!
A. Woyeikov. “Tsaritsyno”. 1825
“Tsaritsyno – beyond compare…”
Keys to understanding of historical monument

Tsaritsyno is a famous historical estate in the south suburb of Moscow, taking no more than 30 minutes to reach from the city center. This architectural ensemble appeared here at the end of the 18th century, being the largest imperial residence built outside St. Petersburg. It’s only the famous Moscow Kremlin with its ancient churches and Great Kremlin Palace that may be greater in size and grandeur of architectural appearance than Tsaritsyno.
Tsaritsyno was built in 1776-1796 by the order of Catherine the Great to become an architectural memorial to her rule (1762-1796) and to be a mysterious quest for the generations to come.

Traditionally, imperial palaces in Russia were designed by foreign architects from Italy, England, France, Germany, yet Tsaritsyno was unique as it was created by Russian architects only – Vasily Bazhenov (1738-1799) and Matvey Kazakov (1738-1812), therefore it is considered to be one of the most outstanding masterpieces of Russian architecture in the 18th century. By Catherine the Great’s will Tsaritsyno was built in the so called “gothic style”. “Russian gothic” is an exotic mix of 16th and 17th century Russian architecture with French classicism and English gothic of the 18th century, with Italian Antique and Renaissance, spiced by the medieval European architecture. Catherine the Great’s residence in Tsaritsyno is the biggest and most impressive “gothic style” architectural monument not only in Russia, but in Europe.
Vasiliy Bazhenov, a true genius of Russian national architectural school, was the first and main architect working on the project from 1776 to 1785. Using red brick and white stone, he created for Catherine a true fairy town of over dozen of various constructions, including three palaces for her majesty, two palaces for the family of her son Prince Pavel, seven buildings for the great nobles and servants, a building for kitchen needs, as well as two bridges and the gates. Tsaritsyno was the triumph of Bazhenov’s professional artistic career.

Tsaritsyno is famous not only for its architectural and natural beauty, but also for its mysterious and tragic fortune. Catherine the Great ordered Bazhenov to build a Moscow residence for her in 1775, yet it was in 1785 when she for the first and only time came to see the result of his 10- year-long work. Having spent just a couple hours at nearly completed residence, she suddenly declared that it was “impossible to live at” and left the place forever, never having disclosed the true reasons of her fateful decision and leaving it to historians to solve this greatest puzzle in Tsaritsyno’s history.
Bazhenov retired and another architect, his friend and colleague Matvey Kazakov took over the construction work. Catherine wanted to redesign the architectural core of the estate. Three central palaces and the largest building for nobles were demolished, and in their place Kazakov started erecting a tremendous Great Palace, a restored version of which we see today. According to the original project, the Great Palace was supposed to have three storeys, yet in 1793 another order followed to cut the budget and reduce the height of the palace to just two floors.
When Catherine the Second died in 1796 the residence was once again almost complete, except for the interiors of all Tsaritsyno buildings, which had never been designed. Catherine’s son, the new Russian emperor Paul I strictly ordered in 1797 to stop all construction works at Tsaritsyno. This decision was probably caused by his natural aversion to all his mother’s projects, and by new state needs.

None of the following Russian emperors, starting from Alexander I, the beloved grandson of Catherine the Great, till the last Russian tsar Nicolas II, took over the project or applied it to state needs. Thus the residence was never finished, gradually turning into ruins over the 19th – the beginning of 20th century, and deserved to be called a “Russian Coliseum”, waiting for its time to come.
Tsaritsyno is famous in Russian history and culture not only for the masterpieces of Bazhenov’s and Kazakov’s architecture, but also for the original beauty of its historical park. The first inhabitants of this area was a Slavonic tribe Vyatichi. Traces of their settlements remain along the Yazvenka river, while the park contains their burial sites. The dams were set and the ponds appeared in 16th to 17th centuries. It was the beauty of landscapes that attracted Catherine the Great when she decided to purchase the estate and build a residence here. An English gardener Francis Reed was specially invited to design the park in English landscape style. At the beginning of the 19th century, when all construction works were stopped, the park preserved its natural and man-made beauty, and was fashioned to fit the romantic moods of the epoch. Several pavilions, bridges and garden houses in the empire style decorated the park.
In the 19th – beginning of the 20th century the beauty of Tsaritsyno and the legends of its past attracted many famous people, who owned a summer cottage at Tsaritsyno or just visited over the weekend. Among them there were such well-known writers as F. Dostoyevskiy, F. Tjutchev,
A. Chehov, I Bunin, composers P. Tchaikovsky, M.Balakirev, historians I.Zabelin and V.Kluchevsky, and other prominent Russian activists in science, culture and politics.
(Tsaritsinskie prudy)
The ponds were formed in the 17th century, when this country estate near Moscow was called “Black mud” (Chornaya Gryaz) and belonged to a famous boyar’s family of Streshnevs, related to the tsar’s family of Romanovs.
Main entrance square
The entrance ensemble got its present appearance during the overall reconstruction in 2005-2007. It is just 200 meters away from metro station Tsaritsyno.

“Priest’s hill” A hill in-between the Great gully and the Middle Tsaritsyno Pond preserves its historical name “Popova gora”, since priests of the church of the icon “Our Lady Life-Giving Spring” lived here. In 1977 an obelisk was installed near the old Tsaritsyno cemetery to commemorate the 60-year anniversary of the 1917 October revolution and installation of Soviet power.

The bay opposite Milovid Pavilion

Halls of the third floor of the Grand Palace

Yard between the Great Palace and the kitchen building

Yazvenka river valley This picturesque site is one of the rare Moscow landscapes which still preserve the beauty of traditional Russian nature. One can enjoy nice views of Yazvenka river and the place where it flows into the Upper Pond.

Yard between the Great Palace and the kitchen building

Exhibition halls of the third floor of the Grand Palace

Exhibition halls of the kitchen building

Exhibition halls of the kitchen building

Exhibition halls of the Grand Palace

The Great Bridge over the ravine

Grand Palace of Catherine the Great

The Grand Palace of Catherine the great main northern facade

The Arbor of the Temple of Ceres

“Bakhrushinka” grove Romantic place along the western bank of the Upper Tsaritsyno pond between Yazvenka river valley and the pond creek is called “Bahrushinka” after a rich Moscow family of merchants who owned a country house here in the 19th century.

Atrium of the kitchen 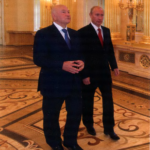 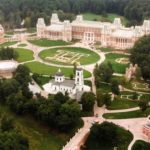 General view of the reconstructed ensemble in 2007. 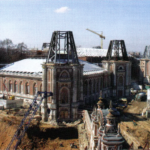 The Grand Palace during the reconstruction. Photo of 2006 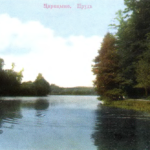 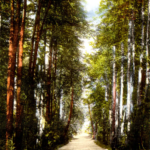 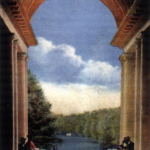 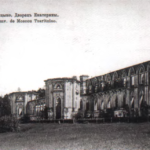 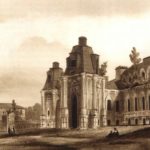 Tsaritsino. Lithography of the early 1870’s. 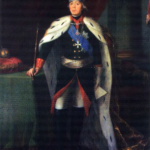 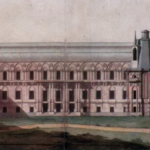 The final (implemented) project of the Grand Palace MF Kazakov. A drawing of the beginning of the XIX century. 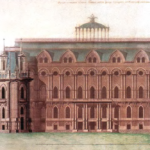 The original (unrealized) project of the Grand Palace MF Kazakov. A drawing of the beginning of the XIX century. 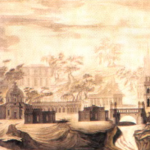 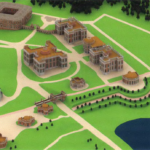 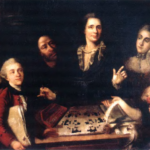 Architect V. I. Bazhenov with his family. Portrait of the work of IT Nekrasov. 1770s. 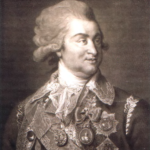 The Most Serene Prince GA. Potemkin-Tavrichesky. Engraving from the portrait of I.-B. Lampi. 1792 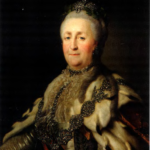 Sculptures in the park

Light-Musical Fountain Musical fountain The musical fountain was set up inside the Horseshoe Island in the centre of the Middle Tsaritsyno Pond in 2007. The musical show lasts for the whole day, but it’s most beautiful to watch when the colorful evening lights are turned on.