Kostroma Wooden Lace Architecture
The tourists who come to visit Kostroma, are attracted by abundance of architectural monuments in the city: The Ipatiy monastery, The Epiphany Cathedral, The Church of St. Elijah and the Church of the Ressurection on the Debra. There are also the Fire Watch Tower, the former Guards House, dwelling and public buildings. The description of these famous objects can be found in any guide book.
The wooden houses of the city are not so significant, but being so numerous they give particular coloration to this old Russian city. There are true masterpieces of architectural and construction art among them.

Wooden houses predominated in Kostroma during the whole period of its history. At the beginning of the 20th century there were about three thousands wooden structures and 360 stone buildings in the city. Time spared the wooden buildings. It happened due to the fact that Kostroma was devoid of the status of a province capital of the country. The city economic and building development was limited. The extended industrial construction started only in the fifties. It had to be carried out mainly in the outskirts of the city.
Anyway, Kostroma has recently lost plenty of unique wooden structures. Wood, in general, has two disadvantages – it can burn and it is subjected to rotting. That is why the oldest wooden houses in Kostroma are not older than 150 years. There are some structures, anyway, the age of which nears 200 years.

A wooden house with small windows and without modern conveniences becomes a thing of the past. But not everything, that is old, must necessarily disappear. The magnificent craftsmanship of Russian carpenters who could give individuality to each structure by way of a carved window casing and cornices, the craftsmanship of blacksmiths and white smiths who made tracery lattices above front doors, lacy chimney decorations, drain pipes and the construction technique itself side by side with excellent knowledge of wood qualities and their efficient application by builders, deserve close attention.

The geometric simplicity of cities planning, austerity and lucidity of buildings decorations reflected aesthetic demands of that time. Aspiration to uniformity led to uniform development schemes of cities. All the construction principles were included into the Code of Law of the Russian Empire. According to these laws all private houses in the city were to be built with some definite type of facades specially approved for them. A customer would not order a drawing but had only to select some facade or other for this house depending on the size given in the album supplement to the Code of Laws.

The decorative elements of classicism such as porticos with pillars, pillasters, rustic masonry, balusters, stucco molding of cornices and of window casings were used both in stone and wooden buildings. One and the same ornamental design could be repeated in molded decor of stone buildings and in carved decor of wooden houses. The resemblance between wooden and stone buildings was often complete.

Quite a number of interesting specimens of wooden carving were lost because of fires and pull-down of outdated structures. Thanks to many reiterations we can judge the style of Kostroma fretwork of that time by the molding on stone structures and big specimens of carving that was preserved in towns and villages of this province.
A molded frieze under the roof that consists of an ornamental pattern resembling branches and leaves of a tree can be found on the stone structures of the first half of the 19th century. Several facade boards from peasant houses decorated with ornamental patterns carrying branches and acanthus leaves are exhibited at the wooden fretwork museum of the former Ipatiy monastery of Kostroma.

Nowadays such window casings are quite rare, there are many less of them now, than before.
The city of Kostroma in the middle of the 19th century was a striking example of classicism as opposed to the outskirts where the petty town folk, craftsmen, peasants or retired soldiers huddled together, ordinary peasant cabins were built. 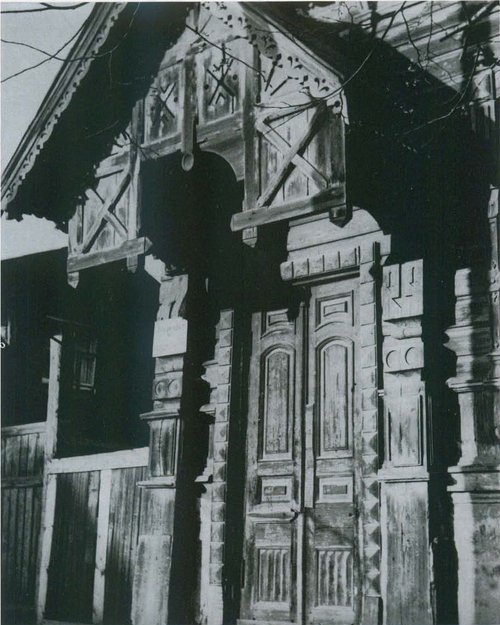 There were two main tendencies in development of the architectural styles – the official and the folk tendency. The official style was gradually losing the common direction, though plenty of houses were being built in classicism in the 19th century.

The stone imitation is not blind. In some cases the wood comes out in its own texture and cannot be replaced either by molding or by stone. In spite of being quite different in style, these houses are united by their resplendence, by magnificence of their decorations and their eclecticism. This style can be called “merchant’s baroque”.

At the end of the 19th century the so-called pseudo-Russian style, being one of the official trends in architecture. This style rested upon traditions of antiquity and amateur and folk arts. This style can be called eclectic and far-fetched, but it has more succeeded in wooden architecture.

Folk motives are widely used in the window casing ornaments: plants (strawberries, bluebells, stems with leaves), animals (cockerels, steeds, fishes, lions, fantastic dragons), men and also the old Russian state emblem – a double-head eagle.
The house decoration in Kostroma at the end of the 19th beginning of the 20th century was very much influenced by folk embroidery and lace braiding.
Carving hanging down from houses cornices as a solid lace or decorating balconies of attics resembles lacy trimmings. The upper part of the window casings is often called “kokoshnik” – woman’s headdress in old Russia.
The ornamental pattern along the cornices sometimes resembles a tinplate fretwork. The pattern is to be made bigger and more laconic because of a lesser solidity of wood compared with tin-plates.

Thus, the house wooden fretwork of the end of the 19th century – beginning of the 20th century is a complicated phenomenon taking its origin in old Russian arts traditions and art of classicism of the first half of the 19th century and of various styles of aзplied arts. Being diverse there are several major groups of window casings in Kostroma. These groups are subdivided by their top part. 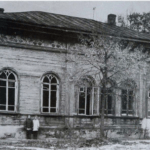 The house in Nikitskaya str., 5 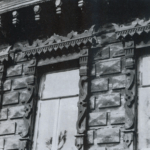 A dccorative trimming on a house 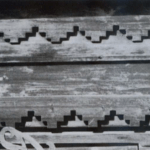 A house with window casings in Chukhloma 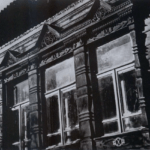 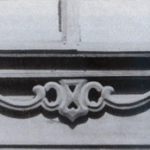 The bottom part of a window casing (Sverdlov str., 44) 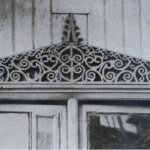 A carved date of the house construction is skillfully worked into the fretwork (Sovietskaya str., 48) 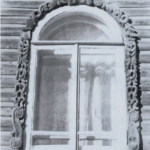 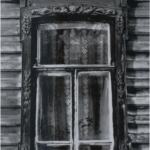 A fragment of framework 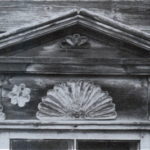 A window casing, the middle of the 19th century (Parfenyevo district) 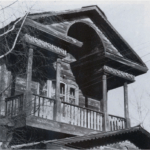 An attic storey with a small balcony (Avenue Prospect Mira, 26) 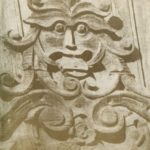 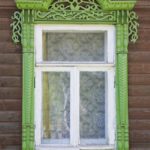