Anastasia Zavorotnyuk was born April 3, 1971 in Astrakhan, Russia. She is TV presenter, Meritorious Artist of Russian Federation. An ethnic Russian, Anastasia Zavorotnyuk has become a living cliche for Ukrainian women in modern Russian pop culture after her role in the My Fair Nanny TV show. Anastasia herself explained – she was taught Ukrainian accent by her a colleague in the theater. Her mother Valentina is People’s Artist of Russia, worked in the Astrakhan Youth Theatre. Her father Yuri Zavorotnyuk is a member of the Academy of Russian Television, worked on television. From early childhood, Anastasia knew what she was going to be – an actress. She studied at music school, took part in the dance ensemble “Lotus”, received lessons at the Moscow Art Theatre. 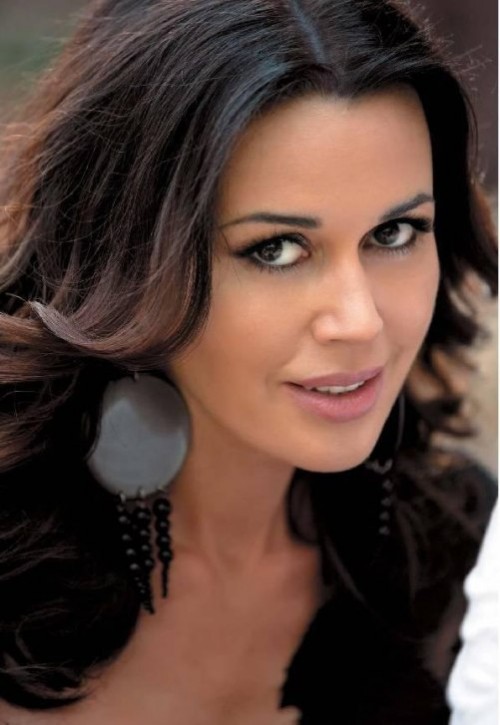 In 1993 Anastasia graduated from the Moscow Art Theatre School and became and actress. Over 10 years in the theater of Oleg Tabakov, she had been in 29 productions. Her favorite role is the one of Varya in the play “The Passion of Bumbarash”. She is famous for her role in My Fair Nanny, which is a remake of the American series The Nanny. She called and was offered the series.

Zavorotnyuk was married three times. Her first husband was a German businessman Olaf Schwarzkopf, their marriage lasted only one year. Her second husband was Dmitry Striukove. They had two children, Anna and Michael. From 2006 to the spring of 2008 Anastasia Zavorotnyuk met with Russian actor Sergei Zhigunov. On September 22, 2008 she married figure skater Peter Tchernyshev at the Foros Church in Crimea, Russia.

In 2008, Nastya met Peter Chernyshev in the Russian TV show “Dancing Naldu”. They began a bright romance. Their relationship grew into a strong marriage. In 2018, the couple decided to have a child with Ivf. In the future, this turned out to be a fatal mistake.

The journalists claimed that she was constantly at home. Because she was discharged from the clinic. Anastasia is hidden from the camera lenses. Despite the lack of photos, the information was correct. None of her relatives have not commented on the condition of the car crash. Doctors and her family do not give any forecasts about the future of the actress.

In 2019, it was reported that Anastasia has brain cancer. The only thing that is known from reliable sources is the words of a scientist talking to the president on the air. In the conversation, the scientist spoke about the development of genetic technologies, talked about treatment. The treatment was developed by Russian scientists specifically for Anastasia Zavorotnyuk. She takes part in the experiment and is treated with a new drug.