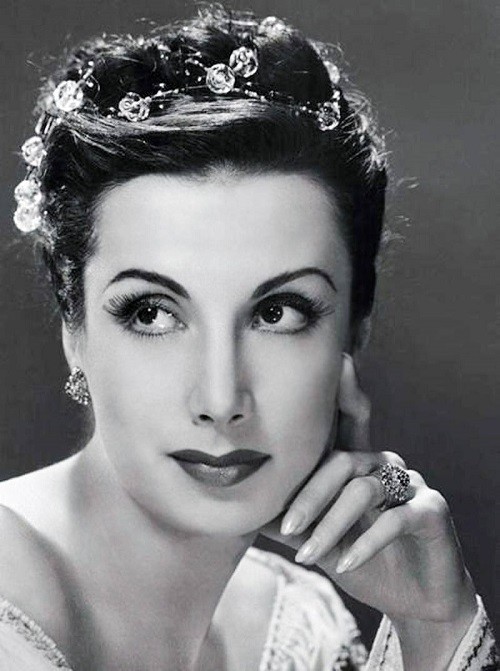 Black Pearl of the Russian Ballet Tamara Tumanova. On May 29, 1996 at a hospital in Santa Monica, California quietly died the legendary ballerina of the Russian emigration Tamara Tumanova. The scale of the aristocratic talents put her among the greatest dancers of the century. Tamara Tumanova possessed a mysterious aura of glamor. The incomparable Tamara Tumanova (Toumanova) was born March 2, 1919 in Siberia, in a train stuck in the snow. Fleeing the civil war her parents moved to China, and then through Harbin, Shanghai, and moved to France. From an early age Tamara amazed everyone with her special beauty, rare musicality and plasticity. 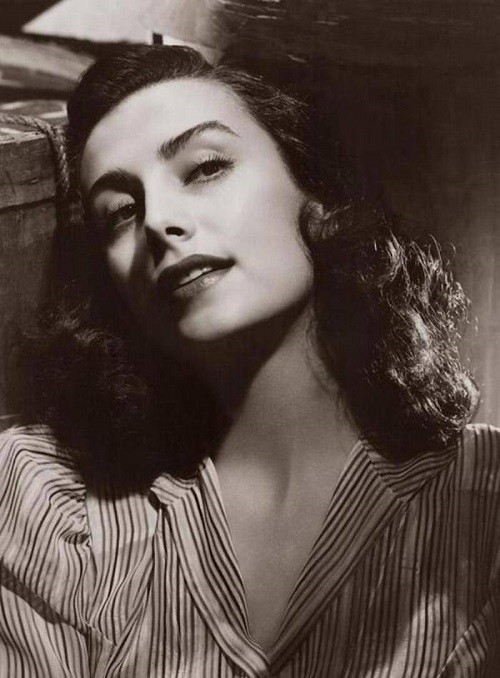 Russian Ballerina Tamara Tumanova was born into the royal family of the engineer of the Army Vladimir Hazidovich – Boretskiy and his Georgian wife Evgenia, who played perhaps the main role in the extraordinary career of her daughter. At the age of five talented Tamara was sent to Paris to a wonderful ballet school of prima ballerina of the Mariinsky Theater Olga Osipovna Preobrazhenskaya, who raised so many outstanding dancers of our time. Studio “Madame Preo” was located near the Place de Clichy, in the hall Wacker, where immigrant girls and boys were brought. There were also engaged professional dancers of old Russia. Preobrazhenskaya as a teacher had an excellent reputation, she taught an excellent ballet technique. While mom together with other parents were waiting for the end of classes, she wasted no time in vain, sewing costumes and tutus for her daughter Tamara. 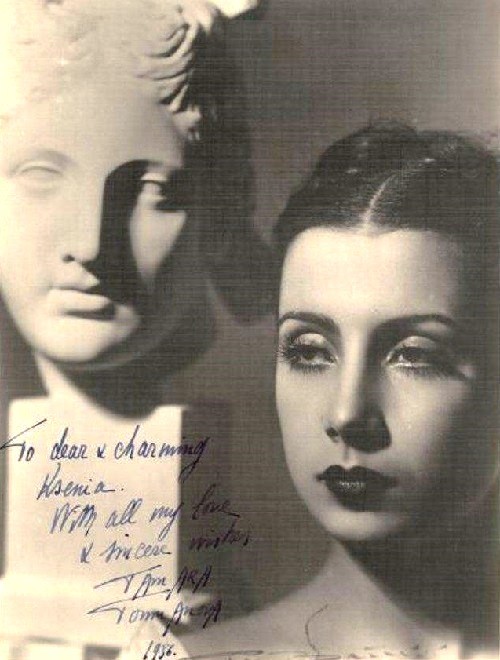 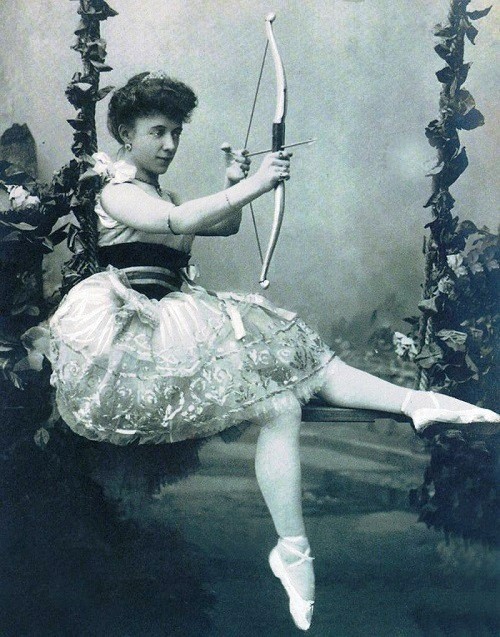 In the 1920s, Preobrazhenskaya particularly distinguished two little girls – lovely Irina Baronova, who arrived from Bucharest, and beauty Tamara Hazidovich – Boretskaya. As an experienced professional she saw for Tamara great future. “Madame Preo” decided to change her long uncomfortable for the stage name to pseudonym “Tamara Tumanova”, by which she became world famous. 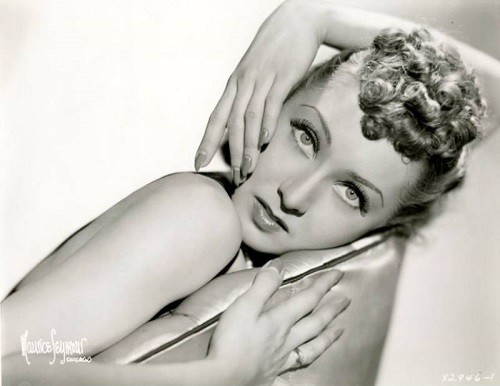 Living in London Irina Baronova recalls: “I remember Tamara at Preobrazhenskaya school since childhood, we’ve always been friends. The real miracle girl, she was instantly seen on the show of Preobrazhenskaya school by great Anna Pavlova, who invited Tamara to dance in one of her gala concert at the Trocadero Theater in Paris”. 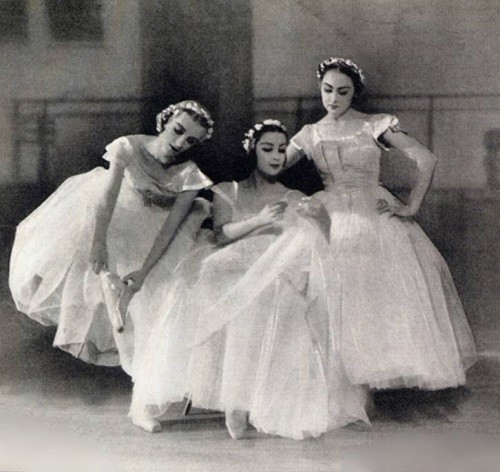 Artistic and technical abilities of the girl were amazing. At nine years old she was already doing 32 fuete, and was invited to the stage of Paris ‘Grand Opera” to participate in the ballet “The fan of Joan”. She was instantly dubbed “baby ballerina”, and unprecedented glory of the young dancer was spread among Russian emigration. Tamara was often invited to participate in charity concerts. At age 10, Tamara was no longer afraid of scene, but would not step away from her mom, who was standing in the wings and constantly made signs of encouragement. 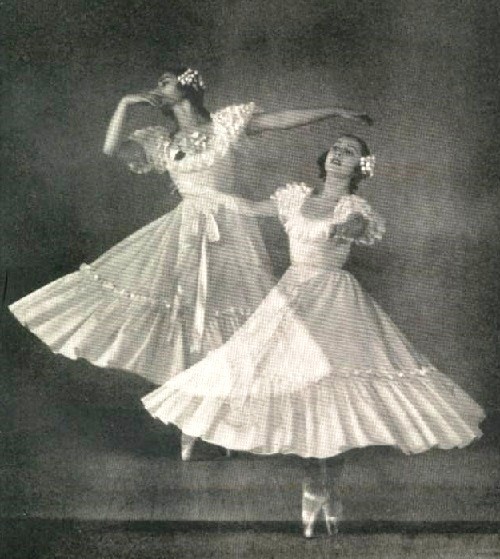 Professional career of ballerina Tamara began at thirteen years old, having become an instant international celebrity. George Ba – Lanchin first noticed her in the studio of “Madame Preo” and in 1932 invited her to the company of Colonel de Ba – Zil, in Monte Carlo. The main stars of this troupe were the three legendary “B-B-dancers”, two of them – thirteen-year-olds Baronova and Tumanova, got out of Preobrazhenskaya school, and fifteen-year-old Tatiana Ryabushkina was a student of Matilda Kshesinskaia . 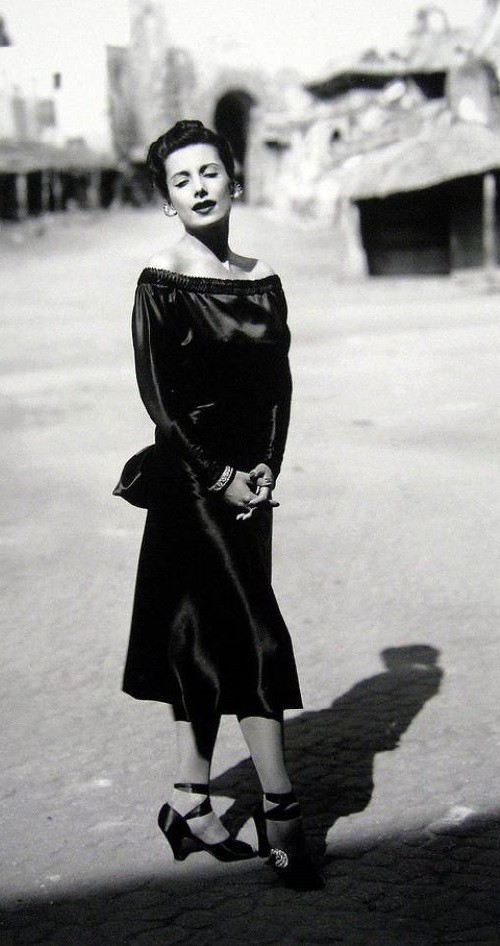 The first performance of the troupe “Russian Ballet of Monte Carlo” was held April 12, 1932 in the presence of Princess of Monaco. Tamara Tumanova was shown in three one-act ballets – “La Sylphide”, “Cotillion” and “La konkurans”, as a soloist. As part of the troupe of dancers joined Diaghilev’s disbanded troupe, among them Felia Dubrovskaya, Leon Wojciechowski, Lyubov Chernysheva, who encouraged the younger generation. 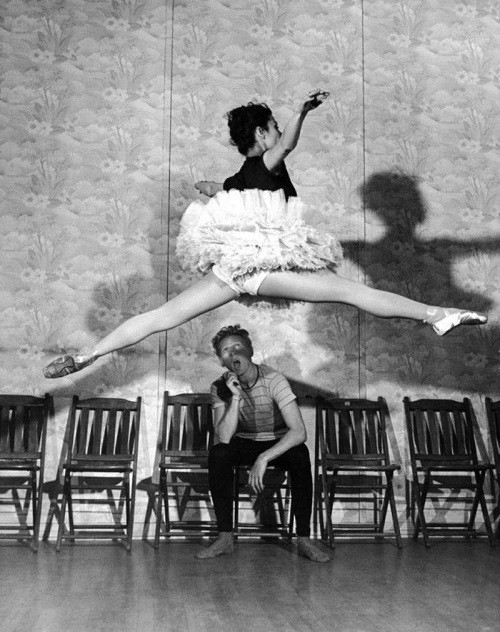 Ballets “Cotillion” and “La konkurans” were created by George Balanchine, who successfully used in them acting and Plastic data of young Tamara, and in early 1933, invited her to his new troupe “Ballet in 1933”, that would last only six months. When Tumanova returned to the company “Russian Ballet of Monte Carlo”, she debuted with great success in the new symphonic ballet of Leonide Massine “Horeartum”, premiered at the Theater “Alhambra” in London October 24, 1933. In this magnificent ballet to the music of the 4th symphony of Brahms Tumanova danced with David Lichine and Andrei Eglevsky. 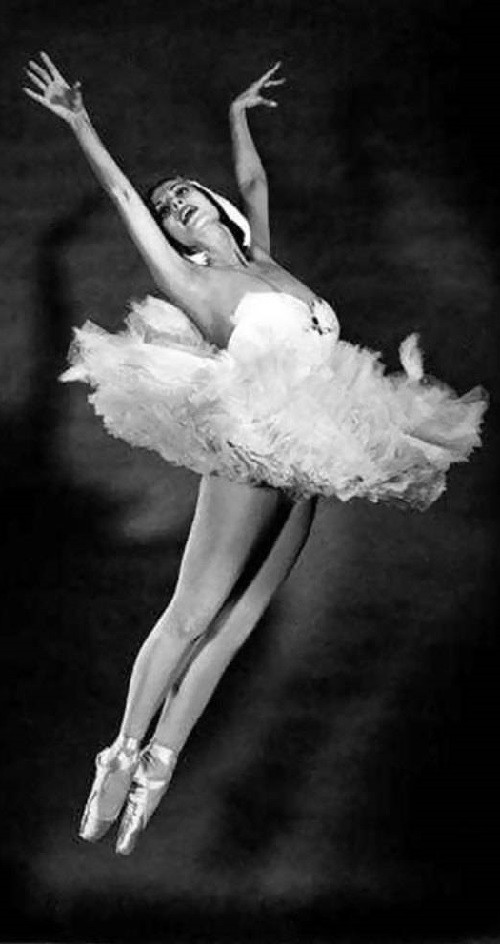 Then Tamara was the soloist in 1934 Massine’s ballet “Union Pacific”, where she danced the Mexican girl. The next season of “Ballet of Monte Carlo” as a result of a number of creative and organizational turmoils was divided into two parts – the “Ballet de Basili Colonel” and “Russian ballet of Monte Carlo” of Rene Blum. They began to compete with each other in the 1930s and 1940s, poaching Russian stars and choreographers from each other. Then Tumanova remained in de Basili. 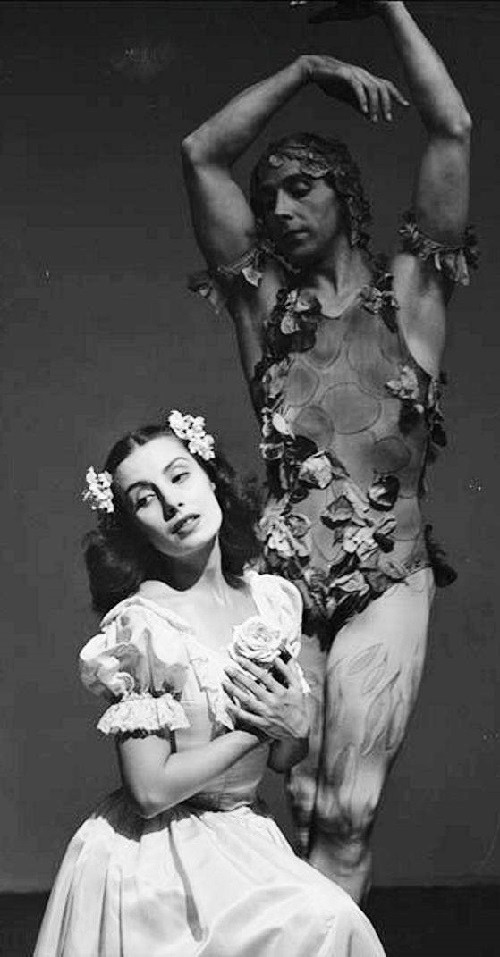 Tamara Tumanova in the ballet ‘Phantom of the Rose’

Tour of “Russian Ballet of Monte Carlo” in America created an aura of Tumanova unfading glory, lasted more than four decades – until the end of the 1960s. It was those years, when the impresario Sol Hurok dubbed Tamara Tumanova “Black Pearl of Russian Ballet”, the title was accompanied ballerina everywhere. In 1934, also in London, Tumanova made ​​her debut in the role of Kometa in the ballet of David Lishin “Imagination”, and the following year – in Leonide Massine’s ballet “Garden City”, where she danced together with the very famous choreographer. 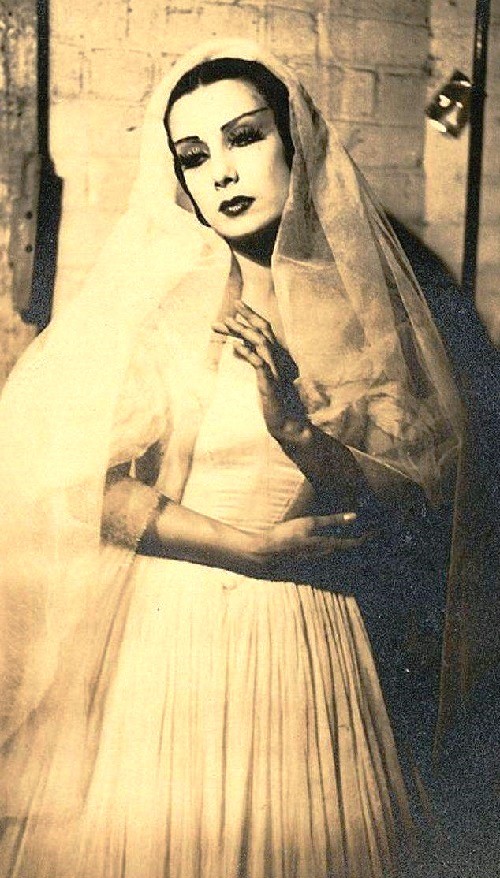 Tamara Tumanova as the Beloved

July 24, 1936 in London, Colonel de troupe Basili showed Massine’s ballet “Fantastic Symphony” to the music of Berlioz, in which Tumanova memorably danced ‘Beloved’. Famous Diaghilev ballerina Alexandra Danilova wrote about this role of Tumanova: “Tumanova perfectly fitted the role of Beloved in Massine ballet. She danced the composer’s vision of love, and her beauty shone throughout the ballet. This role was extremely her, and in it I remember most of her”. 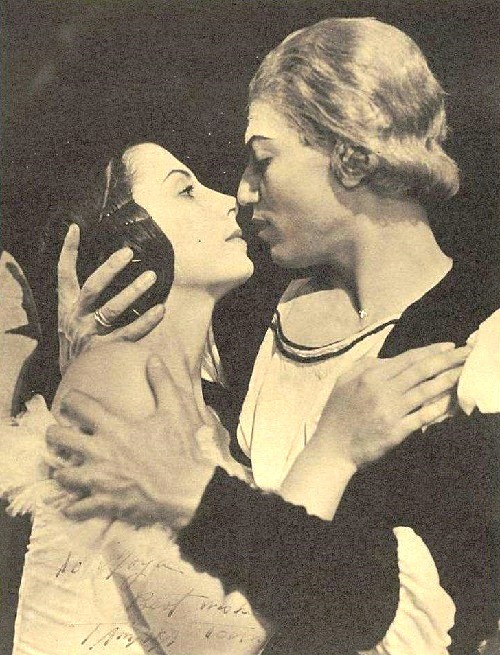 In 1930 Tumanova also danced leading roles in other ballets, mainly diaghilev repertoire – in Fokine’s “Carnival”, “Petrushka”, “Firebird”, and “Phantom of the Rose”, as well as “Wedding of Aurora”, as they called the third act of “Sleeping Beauty”. Her art amazed contemporaries. 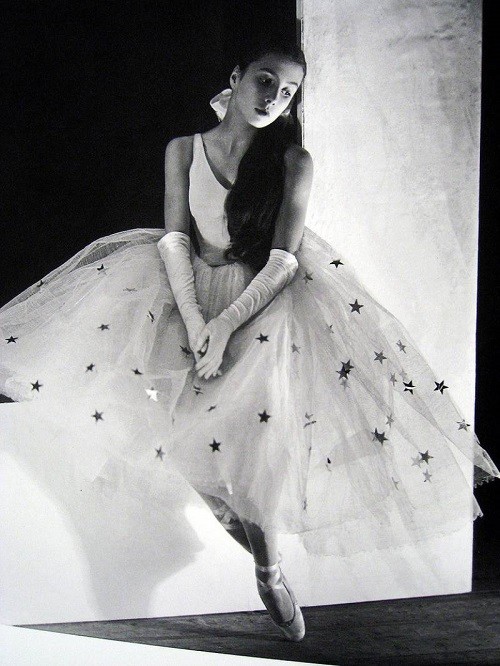 For Tumanova mom was not only makeup artist, hairstylist and dresser, but a faithful guardian, mascot. Little or completeness Eugene Hazidovich – Boretskaya was an additive opposite of her perfect beauty – daughter. Mastering the stage of the new theater, the mother herself chose a place where Tamara would twist her fuete, and then baptized her cross. Colleague of Tumanova by Colonel de troupe Basili Tamara Grigorieva – Sidorenko knew her from childhood in the class of Preobrazhenskaya. She recalls: “At each Tamara’s play mommy always stood in the wings and did Tamara signs, cheered her. Tumanova was always on the scene, remarkably beautiful and technical”. 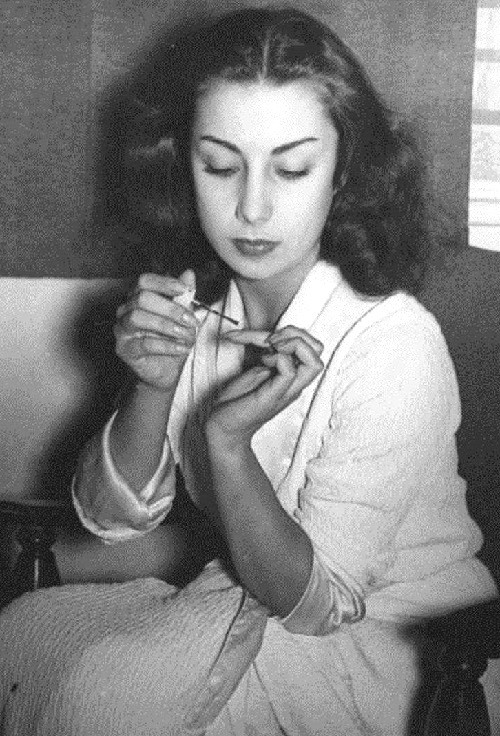 Glory of Black Pearl, with the extraordinary beauty made ​​her the most brilliant star of “Russian Ballet”. She was photographed by famous photographers, interviewed by famous journalists. She was not yet twenty when, in an interview with “The American dancer” she told the remarkable words: “Dance and game are integrated. They must be interconnected. It is not enough to be good or even brilliant. Ballerina should be fine actress. Every ballet means understanding the music. Then, last but not least, the dramatic quality that is even more difficult to develop than the technique. Ballerina should have a broad and deep understanding of art, dance only is not enough”.

Tumanova was merciless to herself, rehearsed continuously, reaching the top of ballets drama. She was inimitable in “Giselle”, which she danced since the late 1930’s, unforgettable in “The Dying Swan”, which did not leave in the entire artistic career. 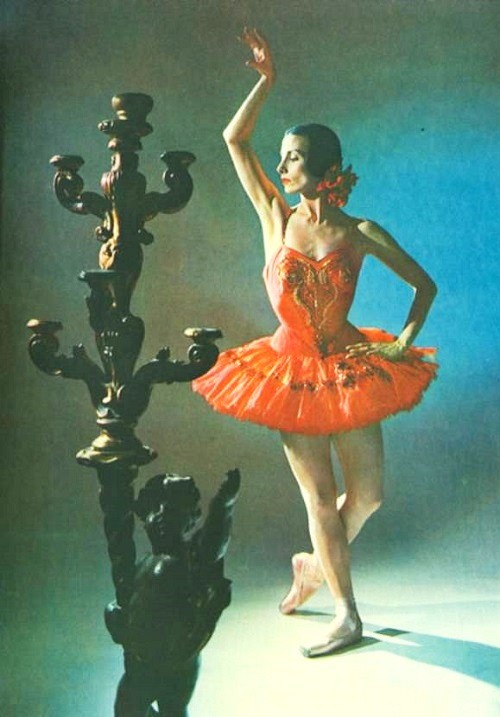 The wave of success has led Tamara to Broadway in New York, where at the age of twenty, she made ​​her debut in the musical “The stars in your eyes”. After that she again joined the troupe de Basil. The outbreak of the Second World War forced Tamara to ask for U.S. citizenship and remain in the United States. 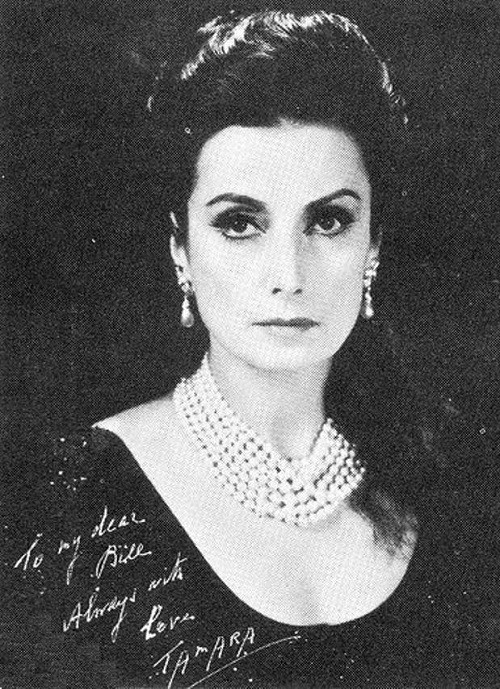 The next step of her triumphs was the movie. In 1943, she starred in her first feature film “Days of Glory” with extraordinary Gregory Peck. Until then, Tamara had appeared on the screen once, just like a ballerina. She flashed before the war in the film-ballet “Capriccio Espagnol”, which forever imprinted her photogenic looks, expressive dance and acting talent. 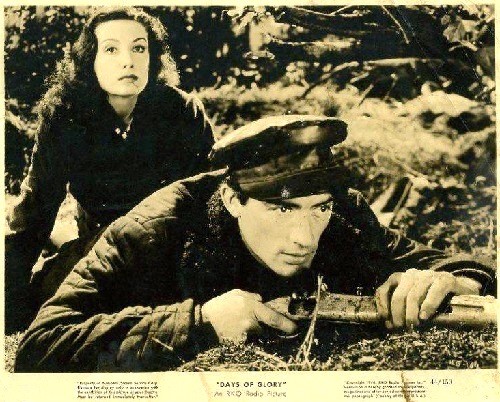 The director of the film “Days of Glory” Casey Robinson had a crush on a dancer, and leaving his first family, married Tamara. The young settled in Hollywood, in a cozy house of Casey, to which was immediately attached dance class. Tamara moved there with her parents. Casey adored Tamara. 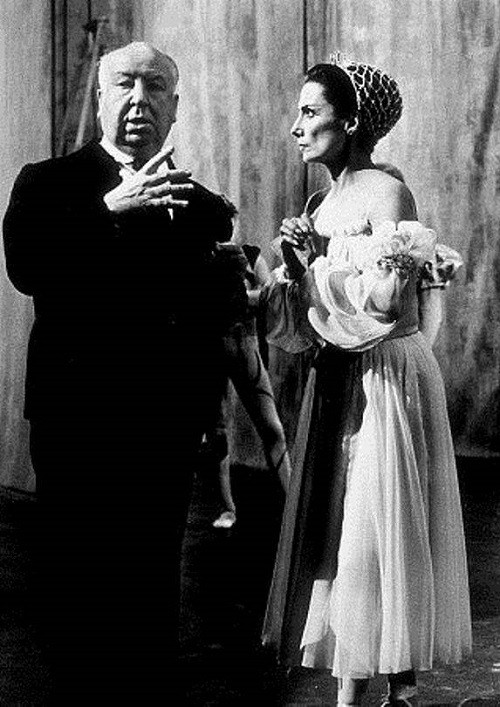 In 1953, she again appeared in the film of her husband ” I’ll eat tonight”, where she played the role of the inimitable Anna Pavlova, her guardian angel. This was followed by two more musical films – “Deep in the Heart” (1954) and “Invitation to the Dance” (1955), in which she starred with the famous American musical comedy actor Gene Kelly. It did not save their marriage – Casey Robinson finally broke with Tumanova and returned to his family left behind . 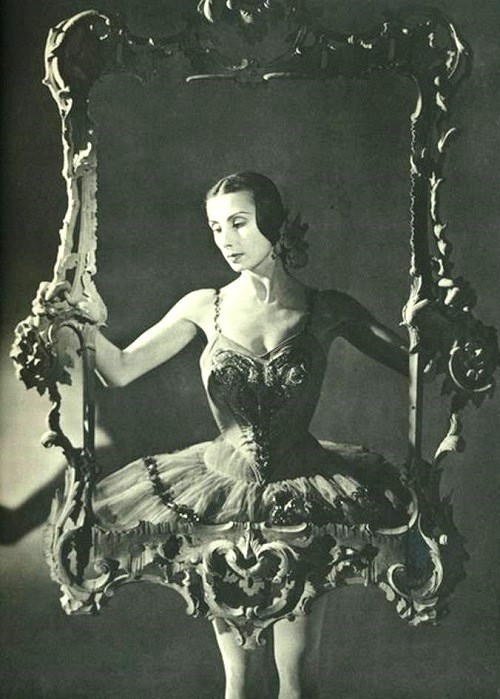 With the post-war years, Tamara again danced on the stages of Europe. In May 1947 she was invited to the Paris Grand Opera, where she danced “Giselle”, “Swan Lake” and “Coppelia”. Magic name “Tumanova” attracted hundreds of thousands of spectators eager to see the splendor of the divine queen of Russian ballet. Japanese ballerina Asami Maki, who saw Tumanova in the middle of 1950 on tour with the London Festival Ballet in Boston, recalls: “Tamara danced the grand pas from “Don Quixote”. She ended her own variations and long stood rooted to the spot. The crowd started cheering wildly. When the applause died down, Tamara was still standing motionless. Followed by repeated applause, the hall was full of enthusiasm”. 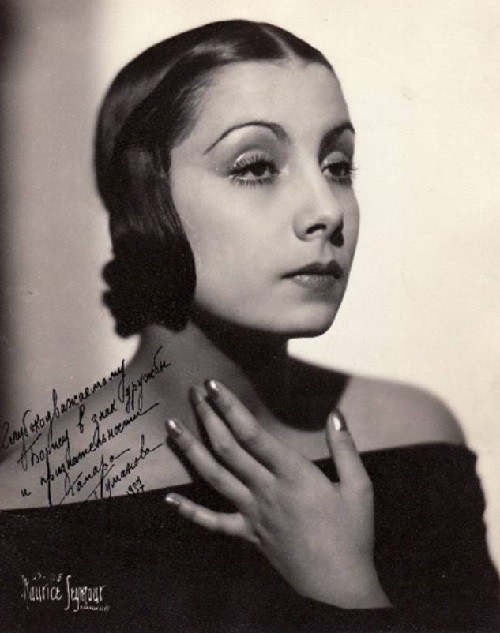 Back in 1952 her talent was internationally recognized and appreciated – then she received the “Grand Prix Giselle” as “the greatest classical ballet dancer of Europe.” In addition to the Paris Opera, Tamara shone in the “London Festival Ballet” and on stage in Milan “La Scala”. 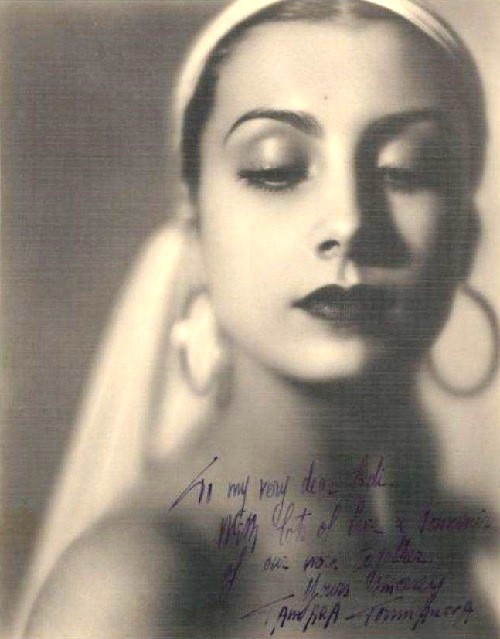 The first tour of the Bolshoi Theater in Europe, the emergence of previously unknown stars such as Galina Ulanova, gradually began to obscure the radiant halo of Tumanova glory. In 1960 she again began to appear in Hollywood. The famous master Alfred Hitchcock in 1966 invited venerable prima ballerina Tumanova to spy film in the era of the “cold war” “Torn Curtain”, where Tamara played with Julie Andrews, Paul Nyunt, and Lilia Kedrova. The role of fade star, not wanting to give up the crown of glory, was up to her. The last film of Tumanova was detective by Billy Wilder “Private Life of Sherlock Holmes”, filmed in 1969. Today, we are grateful to all those movie tapes that give us the unique opportunity to continuously enjoy the beauty and talent of our compatriot. 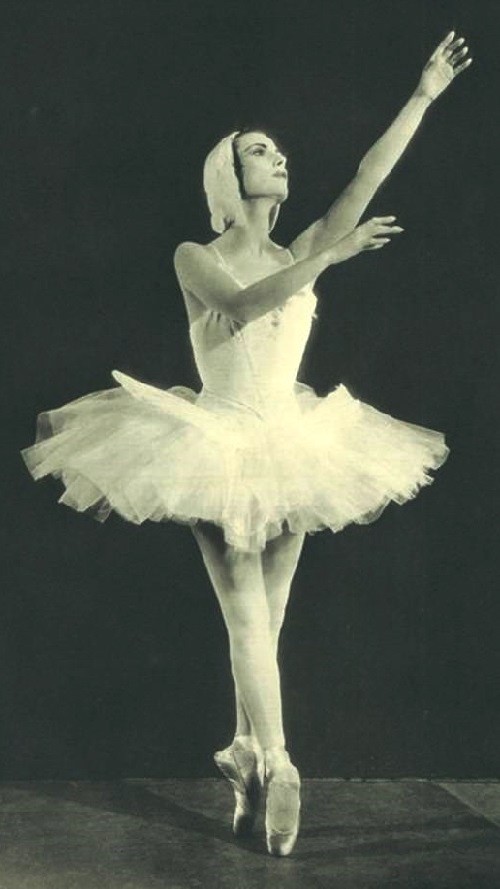 Tumanova’s tours continued in 1960 in all parts of the world. She had traveled all over Europe, Australia, North and South America, even Africa. The new partners of Tumanova were Andrew Prokovsky, Oleg Bryansky, and Andrew Ukhtomsky, with whom she gave gala performances in Latin America in the stadiums, accommodating five thousand people. Director of the Peruvian Ballet de Lucy Telge Linder, who had seen Tumanova in Lima, recalls: “Tamara was incomparable. She was a beauty to the end of her life, and her talent enthralled Peruvians”. 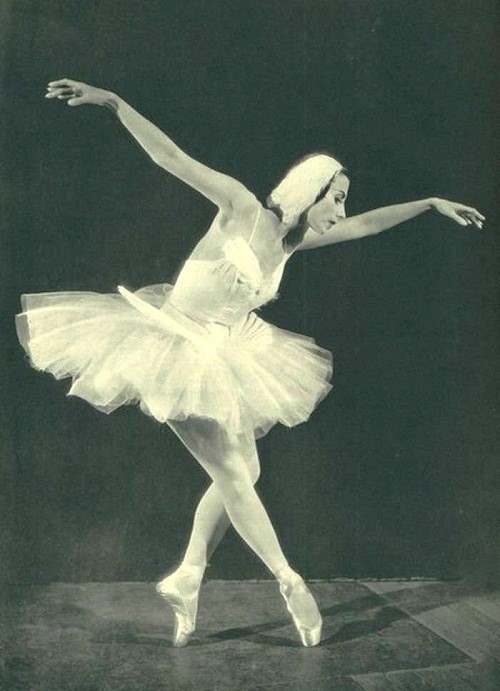 After the death of her father, Tamara and her mother lived alone in a house in Beverly Hills, surrounded by pets – cats and dogs, in an atmosphere filled with relics and souvenirs of bygone days of Tamara’s triumphs. She lived immersed in the care of her mother. Her friends, faithful to “baby Ballerina” will never forget her, because Tumanova for many had been a symbol of the glory of Russian ballet abroad, black pearl, always mysteriously shimmering. 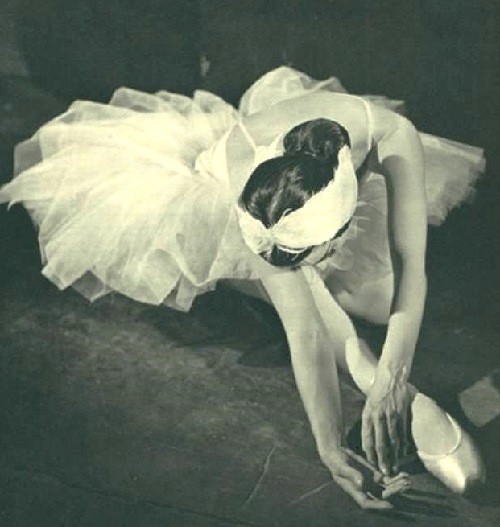 At the end of life, Tamara was seriously ill and underwent several operations on the kidneys. Death of mother was undermined by the ballerina, and no longer able to endure inhuman suffering, she quietly died away. The last words she heard – the nurse had comforted her: “Do not be afraid, Tamara, Mommy is waiting for you.” She is still, perhaps, dancing there, and her Mom is in the wings. 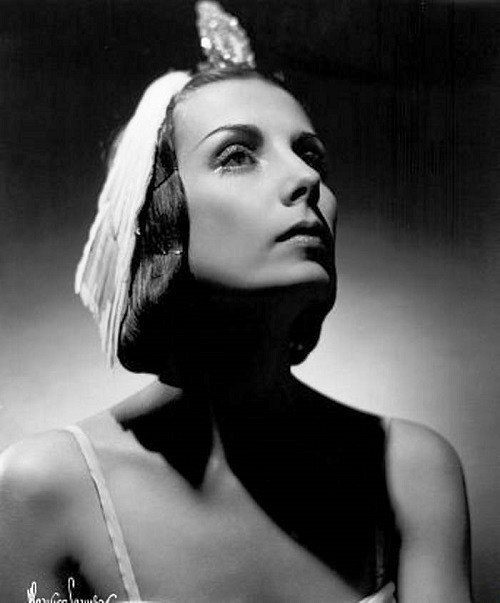 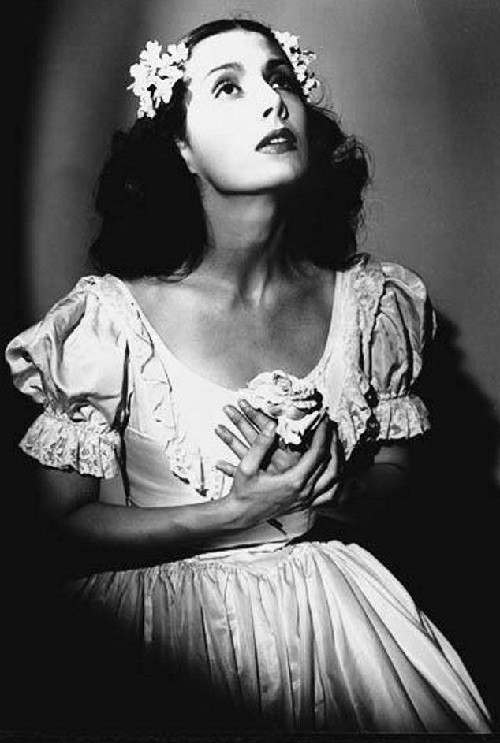 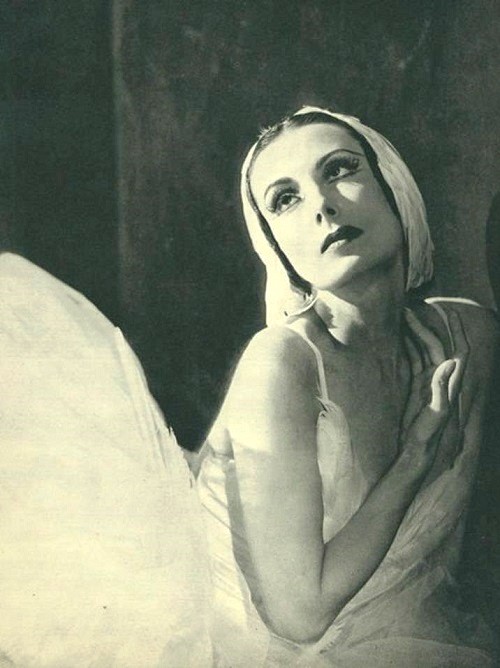