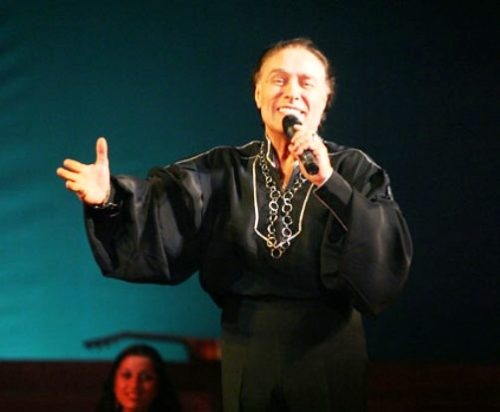 Director of world only gypsy theater Nikolai Slichenko was born December 27, 1934 in Kharkov. He grew up in a large gypsy family of five children. His first impressions – more precisely, shocks associated with the war. It started when Nikolay was seven. Before his eyes the Germans shot his father. Imprint of great sorrow, pain, destruction, famine, dying people stayed for a lifetime. Citizen of the World Nikolai Slichenko has the exceptional vocal talent. His inexpressible stage presence, synthesizing a mysterious, almost mystical charm of gypsy art, civic wisdom of a great master and a deep humanity, is truly unique. Appreciative audience applauded him in many countries – France and Japan, the U.S.A., Bulgaria, Italy, Austria, India and many others. Critics could not find words to accurately assess the phenomenon of Slichenko. He’s like a true Russian genius belongs to the world. 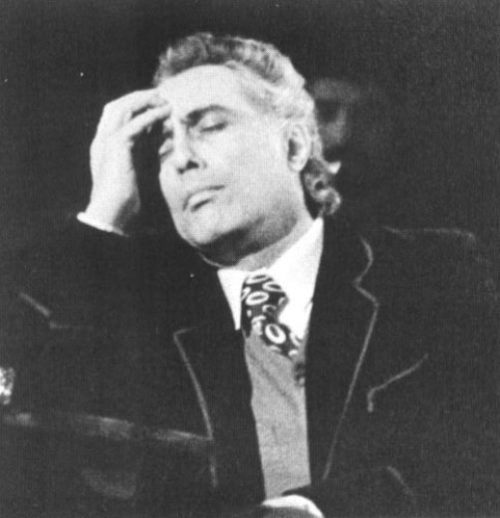 From an interview with Nikolai Slichenko

“I’m a child of war. We lived in Kharkov. My dad had a friend – Uncle Sasha, a Jew. When the Nazis came to Kharkov, they started in the first place to shoot Jews. Dad gave Uncle Sasha his passport, and he managed to get away. In the passport was written “Ukrainian”. Two weeks later, at the Epiphany, Dad was arrested and shot because he was Roma (gypsy).

The Germans took Kharkov twice, you know. When they came for the first time, we saw driving on a road car, lorry – and straight to our gate. Out of the cab appeared uncle Sasha – in uniform. He brought us lots of potatoes. Can you imagine what it meant then? My grandmother died of hunger … We boys, we ran around the machine, rejoiced, and all of a sudden I noticed standing aloof uncle Sasha and my mother sobbing and crying. My mother told him that my dad was killed”

Shortly after the war, the family stopped at one of the farms in the Voronezh region. Worked all – adults and children, restored the war-ravaged economy. Here Nikolay Slichenko first heard about the existence of Gypsy Theater “Romen” in Moscow. The idea to enter the company, to see performances of this theater, deeply sunk into the consciousness. It was a dream that seemed distant and unattainable.

In 1951, Nikolai’s dream was realized – he was accepted into the troupe of the Moscow Music and Drama Gypsy Theater “Romen”. Although Slichenko started like most artists as a support staff, but a striking talent of the gypsy boy was noticed right away. He was present at all rehearsals and performances, and participated in the mass scenes and soon knew by heart the lyrics of almost all the male roles of the repertoire.

First Nikolai was entrusted a major role in 1952 in the play “Four groom”, after which he drew attention as an actor. Soon after, he played in the drama “Grushenka,” based on the novel by N.Leskov. This role allowed Slichenko further success in the company. He participated in the main performances of repertoire. In all, he has played over 60 roles in productions of “broken stick”, “Dancer”, “Mariana Pineda”, “Gypsy Aza”, “Rom Baro”, “Hot Blood,” “Son of the Madonna,” “I – Gypsy,” “Fidelity”, “Love and Death” and many others. 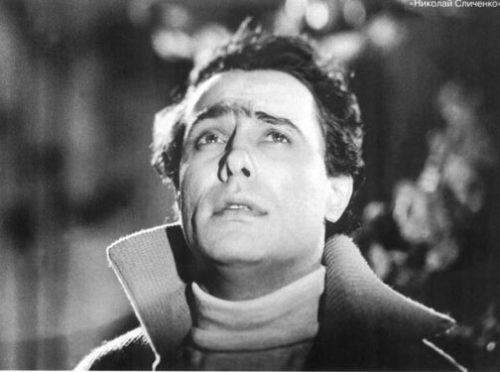 Nikolai also starred in several films, including the films “In the rain and in the sun,” “My Blue Island”, “Wedding in Malinovka”, etc. Since the mid-1960s Slichenko began to actively try his hand at directing, first as a director assistant, and later on his own. His first play – “Born in tabor” and “You – a hero and I – a hero.”

In 1972, Nikolai Slichenko graduated from the Advanced Directing Courses of Moscow State Institute of Theatrical art. His diploma performance “Grushenka” was awarded the prestigious award – the diploma of the festival “Moscow theater Spring”. In 1976 he directed the most important work for the whole theater “Romen” – play “We – the Gypsies”, which became the hallmark of the theater for the world.

The play, which was made by Nikolay Slichenko as a writer and as a director and as a performer, has been shown in many countries, and everywhere it was met with success. Since 1977 Slichenko became the producer and artistic director of the theater “Romen”, theater where he staged many fine performances – “Nepoklonov”, “Fire Horses”, “The Living Corpse”, “Brothers”, “Loyalty”, “The birds need the sky”, “Lifeblood”, “tabor game “…

Nature generously endowed Nikolay Slichenko talent, voice, inner beauty. But Slichenko – not only bright actor, director and performer, but also a great teacher. He opened on the base of the Gnesins school a special studio for training actors for the Gypsy theater “Romen”.
Slichenko – People’s Artist of the USSR, winner of numerous state and public awards, holder of various awards, academician and professor, author of “Born in the tabor”. On the area of ​​the stars in Moscow laid nominal star of Nikolay Slichenko. Today, permanent director and artistic director of the famous Gypsy Theater “Romen” – the only gypsy theater in the world – Nikolai Slichenko lives and works in Moscow.