Nicholas Roerich, ‘Proceedings of the Virgin’, 1931. Sold at Bonhams for 7,88 million pounds

Most expensive Russian art lots in London auction, called Russian auction was arranged by major auction houses – Christie’s, Sotheby`s, Bonhams and MacDougall’s. For the purchase of works was spent £ 50 million, a record amount for the “Russian Trading” since 2008. According to the British press, the main buyers were Russians. The most expensive item – a painting of Nicholas Roerich “Proceedings of the Mother of God”, which was sold at Bonhams for 7,88 million pounds (eight times more than it was estimated). Over 4,78 million pounds got “Still Life with Fruit” by Ilya Mashkov. A “Child Musicians” by Alexander Volkov and “Sunset” by Ivan Shishkin were sold for 2,1 million pounds each. It was certainly not a record to be, the more expensive artworks had been sold at auction before – Chagall and Soutine, Kandinsky and Malevich, but, for 2013 these were the most expensive Russian art lots in London. 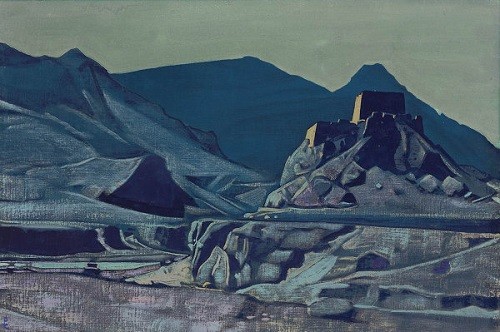 Nicholas Roerich “Sanctuaries and Citadels”, painted in India in 1925

Nicholas Roerich’s ‘Proceedings of the Virgin’ not only presents reflections on salvation theme of Roerich, but also remarkable for its artistic qualities. The artist managed to convey the divine silver glow of the heavenly temple and a halo of Our Lady, which is opposed to the red fire of hell and the dark color that creates a sense of hopelessness. The conviction of the artist, the way to Bright Castle complex, possible through the path of spiritual purification and culture. Another key lot of “Russian Auction” – painting by Nicholas Roerich “Sanctuaries and Citadels”, painted in India in 1925. This work is in the collection of the famous collector Louis Horch. 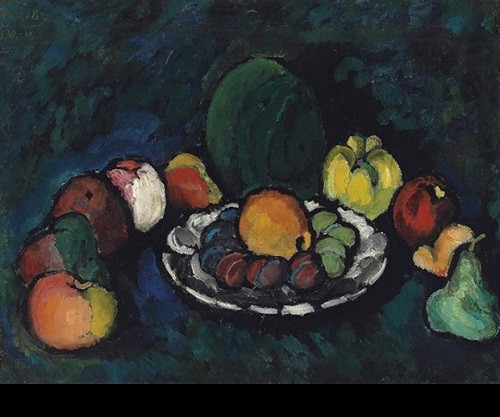 Painted in 1910 still life participated in the first exhibition of “Jack of Diamonds”, held the same year. For the last time, “Still Life with Fruit” was presented to the public during the exhibition, organized by the Society of Contemporary Art in the City Museum in Amsterdam in 1913. By about 1920, “Still Life with Fruit” was in the collection of William Beffi, a famous collector of works of the Expressionists. Apparently, Beffi acquired the work by Mashkov in 1913. The estimated cost of the still life was 1-1.5 million pounds.

Akhmatova posed for the artist, and, in his own memoirs, was very patient. Annenkov drew two of her portraits: one with ink, gouache – the second. “Ink” portrait is more known since it was included in a collection of poems by Anna Akhmatova and later became a “textbook” picture. Portrait, painted in gouache, was first published in 1962 in France. 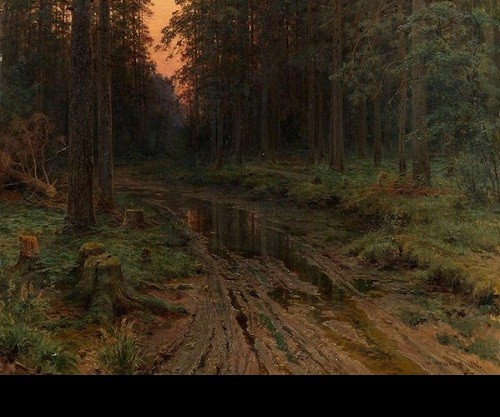 Mikhail Nesterov ‘Wanderers. Beyond the Volga’. Sold at MacDougall’s auction for £ 1,89 mln

Russian auction also sold a large collection of Russian arts and crafts. The main lot of this collection was the sculpture of Mikhail Vrubel’s “Spring”, which estimated 150-200 thousand pounds. The Russian collection also included pieces by Faberge and the selection of the Yusupov’s and the Soviet porcelain. Important lots included 12 items created in 1919-1922 by masters of the State Porcelain Factory in Petrograd.