« The Ethnographical Museum of the Peoples of the USSR
Russian Arms »

Gorodets folk painting is one of the most distinctive and original developments in Russion folk oil of the nineteenth and first half of the twentieth century.
The home of Gorodets folk painting is the Middle Volga area, a region steeped in ancient culture, with numerous centers of folk art. Painting on wood was widely used here as decoration on peasant huts and for the patterned designs on children’s toys vessels, distaffs and other objects of peasant life. Very early on in history whole villages were engaged in manufacturing and selling small wooden articles. Each region devised its own inimitable style of painting, its own recipes for making paints and its own favorite decorative motives. 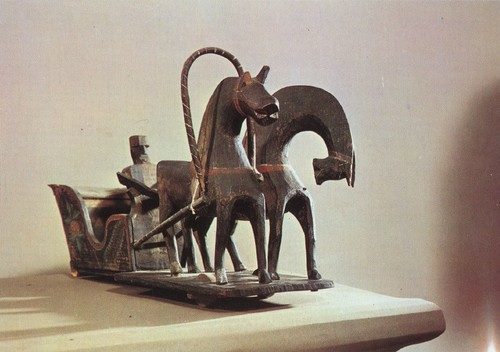 In the second half of the nineteenth century, the town of Gorodets and the villages surrounding it, which had been well known in the past for making fashionable carriages, and for their wood-carving, icon-painting and transcribing of books, ha ante famous for their paintings on distaff seats, boxes made of bast, bast baskets, small containers for keeping spindles and vain, furniture and other household objects.

A new artistic craft was formed in the villages of Koskovo, Kurtsevo and Khlebaikha, At one time more than sixty master craftsmen were working there and whole families were engaged in the craft. The master crufts man himself usually performed only the essential and most responsible part of the work. The entire preparatory process, which included supplying raw materials, carpentering and joinering, and applying the preliminary coat of paint to articles, was carried out by members of his family or by special workmen.

Guided by a sound knowledge of the methods used in traditional floral painting, by long experience of wood-carving and expertise in icon-painting and manuscript illumination, the Gorodets artists created their own original style and their own harmonious decorative method. Paintings were executed in glue colours and sometimes tempera on a previously prepared background. The picturesque scenes, painted with quick brush strokes, were heightened by graphic study of detail and highlighted by distinctly drawn lines and flourishes of white. If the craftsman was particularly skilled, the painting was applied without a preliminary drawing or sketch.
Among the extensive range of articles produced by these village craftsmen, distaff seats were especially popular and much care was taken in decorating them.

In the province of Nizhni Novgorod during the nineteenth century wide distribution and use was made of distaff’s with a fine maple comb, fixed in a patterned holder on the spinner’s seat. Painted Gorodets distaff seats were preceded by carved ones, decorated with bold, vigorous carvings, inlaid patterns of Jumed oak, pictures of elegant prancing horsemen, equipages, soldiers in high-crowned shakos, birds and flowers.

The emergence and development of the Gorodets style of painting coincided with an abrupt change in the tenor of life, with a wave of seething trade along the Volga in the second half of the nineteenth century. Interest in town-life, the diversity of colors of holiday gatherings and shows performed by strolling players, and a close acquaintance with the life of the merchants supplied the Gorodets artists with new themes. Side by side with the traditional carved seats, pictures of horses with arched necks, of birds and blossoming trees, we find articles decorated with expressive scenes portraying merchants, town-dwellers and soldiers.

Vivid multi-colored painting, miniature portraits of gaily-dressed provincial ladies and dashing cavaliers, funny episodes from everyday life — all this accounted for the immense popularity of the articles produced by Gorodets craftsmen and ensured that they became valued red-letter day gifts. After the fair traditionally held in Nizhni Novgorod, peasants and vendors would peddle bust baskets, distaff seats and small containers not only round the near-by villages ami small towns. In also round the neigh homing provinces. Trade grew. At one lime, in one small village alone (Koskovo, in IHHO) fifteen families were thus employed. each producing from 500 to 2000 distaff seats a year. In a week one craftsman would decorate as many as 40 seats. It was in this period that the talents of the artists from the Konovalov, Krasnoyarov and Kolesov families, and of the Melnikov, Sundukov and Lebedev brothers came lo light; their names are linked with the greatest achievements of Gorodets painting on wood.

At the present time all Gorodets craftsmen are employed at the local factory, where creative work is headed by the talented artist A. Konovalov, descendant of a whole generation of Gorodets masters. Articles produced by this factory are displayed with unfailing success at numerous exhibitions in this country and abroad.
Ornamental dishes, panels, children’s hobby-horses and other objects are sold extensively at home and exported to many countries in Europe and throughout the world. They have become widely known and extremely popular, being of pleasant colourfulnes s and, what is more, maintaining the amazing vitality of an ancient and eternally new art.
The post-war Gorodets folk painting is undoubtedly an original trend in art and forms an interesting theme for a future special edition. 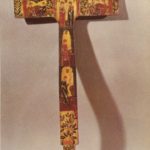 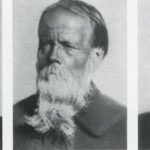 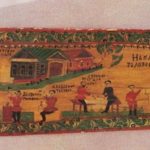 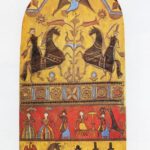 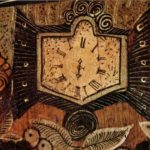 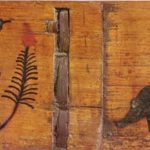 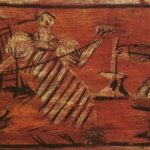 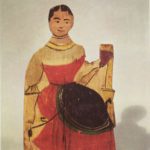 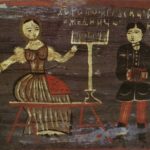 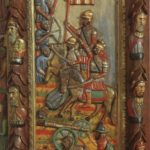 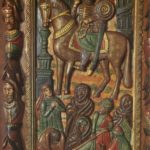 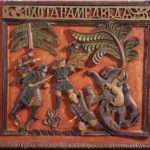 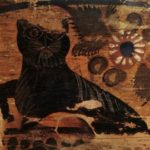 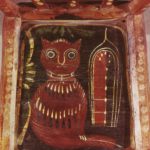 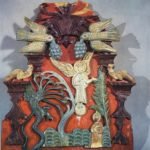 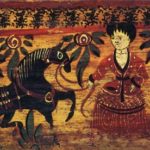 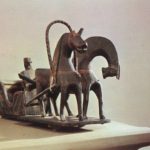 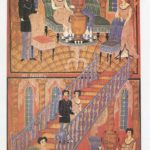