Julia Vang predictions for 2015
Russian model, actress and psychic Julia Vang was born in 1981. She graduated from Russian Academy of Theatre Arts, acting classes. Julia Vang has become the most unusual and talented psychic in the 15th season of “Battle of psychics”. On her website Julia predicted the atomic war for 2015. All the contradictions and the aggravation that occurred in the world in 2014, will come to the peak. This could be the beginning of another world war that can catch not only Russia, Ukraine, but also the United States, and by the end of 2015 – the whole world. Russia and Ukraine will suffer huge financial crisis. The fate of America, who actually started the conflict between Russia and Ukraine, depends on whether China would support Russia or not. Conflict of Russia and Ukraine will start a world war. Full-scale fighting will begin in late winter. Russia will not back down.

Julia Vang – the most mysterious member of the project. She says that she is the magic herself. She claims that she remembers all her past lifes, which was more than 150. Last time she was born in Germany in Furstenberg. Since childhood, Julia was special. Aged a year and a half she predicted the future, and could easily get people to do what she wanted. The girl started to read very early, and feeling her endless possibilities, from childhood became thoroughly study the esoteric of Western Europe, and Scandinavia. She always felt the “spirit of Chaos”, and now is sure: her ability is limitless. However, Julia uses it only for herself and her family, and does not consider it necessary to use it to make money. Because possessing the gift in all areas, she owns many other professions: photographer, singer, model, perfumer. Scents – one of the main passions of Julia, she creates flavors that gives magical powers.

Julia Vang defines herself as the sun among the stars of the world of show business. Perfect body, perfect facial features and enchanting voice fascinate her fans. She often performed with her songs in prestigious clubs and not by accident enjoyed tremendous success. After all, her voice has a range of 4 octaves.

Julia Vang starred in music videos, commercials and movies. Viewers remember her for roles in the TV series “All men are free …”, “Day Watch”, “Tumbler” and finally, “The Best Movie 2”. Up to 2012 Julia Vang was quite well-known model in Riga. 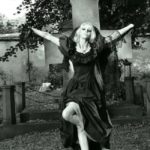 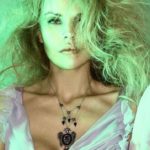 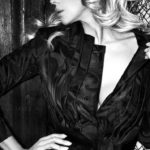 Feeling herself the spirit of Chaos, Julia Vang 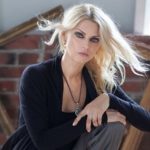 Since childhood, she was special 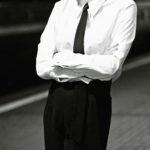 Stylish and incomparable Julia Vang in a photo shoot by Zeitlos 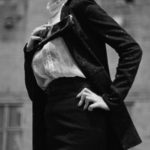 Smoking Julia Vang in a photo shoot by Zeitlos 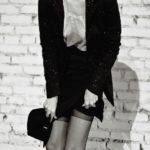 Russian actress and model, Julia Vang in a photo shoot by Zeitlos 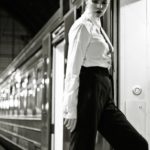 She says that she is the magic herself. Julia Vang in a photo shoot by Zeitlos 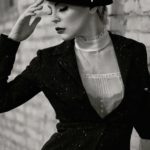 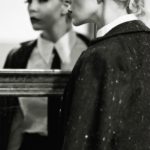 winner of 15th season of “Battle of psychics” Julia Vang. Photo by Zeitlos