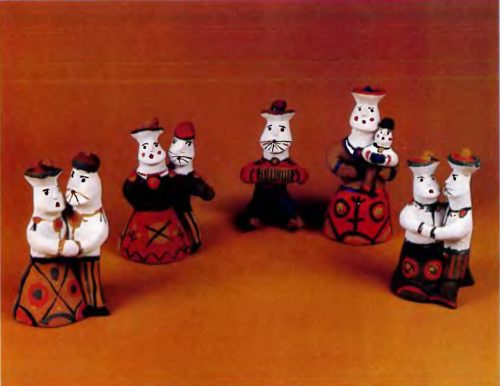 Russian folk crafts Kargopol toy
The town of Kargopol was founded in the twelfth century. For several centuries it was an important commercial and agricultural center of Northern Russia. Rites and rituals connected with agriculture and the agricultural year contributed to the development of local folk culture, folklore and craftsmanship, whose themes and motifs were reflected in the patterns of woven and embroidered ornaments, clay sculpture, and toys.
Gradually, however, the town, lying far from the new Baltic commercial routes, had lost its significance and became an ordinary out-of-the way town of the Olonets Province. New ideas were slow to reach the area and gain ground in it, while deeply rooted traditions pervaded the culture and life of this Northern region. 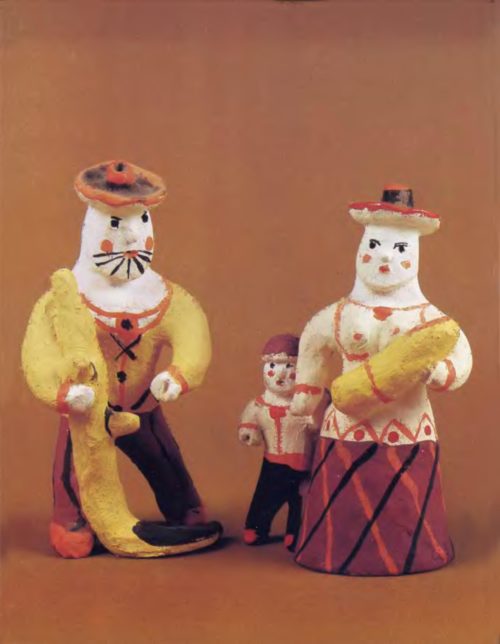 Even at the end of the nineteenth or in the beginning of the twentieth century the older traditions and customs dominated family and Social life; traditional songs and narratives were performed. All this conduced to the preservation of some archaic features in local folk art, in particular, clay toys made by the potters of Kargopol.
Like other peasants in the province, the potters cultivated land, making earthenware in the spare time. Men, women and children were involved in making the wares, mainly, everyday utensils or toys which were the by-product of the trade. The toys were made either for sale or, more often, for the children of the household. 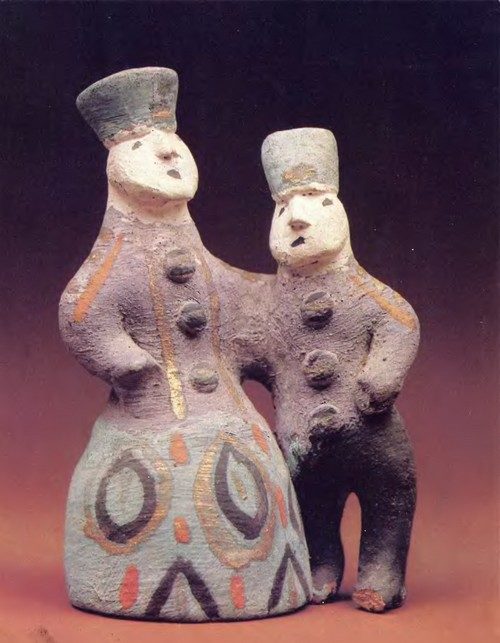 Artists Ivan and Yekaterina Druzhnin. Peasant and His Wife. 1936

After modelling, clay figurines were dried for two days and then baked in an oven. After baking, the wares and toys were either coated with lead glaze or painted in natural colors diluted by milk or drying oil. The wares usually bore symbolic patterns based on old canons. The patterns included direct and crossed lines, circles, crosses, branches, grains, and ears. It was usually men who made the wares while women painted them.
The greater part of household utensils and some toys thus produced were sold at the town fair late in winter of early in spring.
The toys retained features of a very old tradition. Traces of this tradition can be discerned in the few late nineteenth century toys that have come down to our day. Their modelling and ornamentation are similar to those of the most ancient ritualistic images that have been recovered from the layers of unploughed soil. The motifs used in the clay toys can also be found in local nineteenth century embroideries. 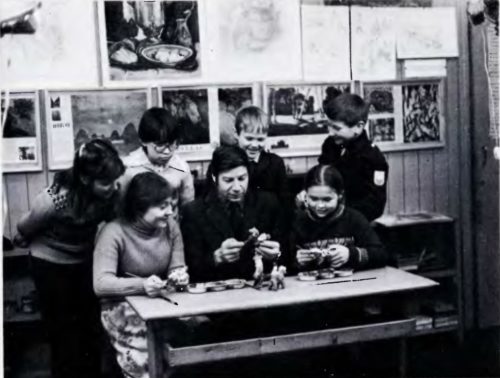 Clay-toy Department in the Art School. 1984

The toys, mainly of one-piece type, are either anthropomorphic and zoomorphic figurines or human figures. In the latter group, female figures, the most archaic from the point of view of their modelling, ornamentation and iconography, predominate. Plastically laconic male and animal figures are also to be found among the toys of Kargopol, the former representing everyday subjects, the latter connected with ritualistic motifs.
The most typical characters are babas (peasant women), polkan, a kind of centaur, the cow, the horse, the deer, the ram, the hare, the bear, and the duck. In local folklore and rituals they all are associated with fertility and solar symbolism. 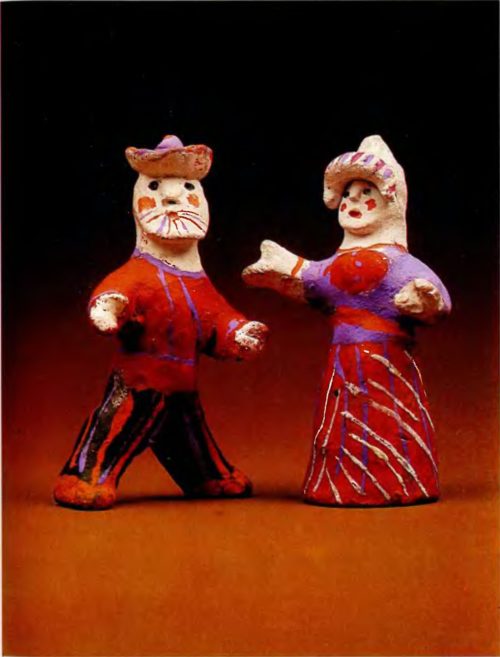 In the second half of the nineteenth century, radical changes in the economy of the province brought about by import of cheaper grain form the Volga Basin resulted in the reduction of lands under cultivation. At the same period, there was a noticeable decrease in the demand for clay figurines which, most probably, had been used in agricultural rituals. Simultaneously, new subjects depicting the life and people of the Northern village began to appear in local plastic arts, e. g. accordionists, peasants picking mushrooms, smiths, wagon drivers, and the like.
Of the Kargopol ceramists the most talented were Alexandra Zavyalova, Semyon Ryabov, and the Druzhinin family (Ivan, Yekaterina, Sergey, Nikolai, and Lyubov). But the most famous among them was Ulyana Babkina. Her works characterized by poetic imagery relying on local traditions represent the working life and merry holidays of the village, amiable peasant women with dishes of well baked pies, nannies, wet nurses, as well as wild and domestic animals.

View of the north-eastern part of the town of Kargopol. Late 19th c. photo

Nowadays, the toys are made both by individual toy-makers and at the Kargopol toy-making-works.
To-day, the artists inspired by the folk experience and the poetry of modern life ensure the survival of the Kargopol tradition, adapting their craft to new concepts and new demands. 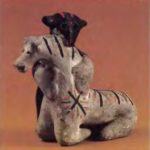 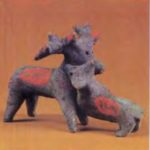 Craftsmen Ivan and Yekaterina Druzhinin. Deer and a Dog. 1937 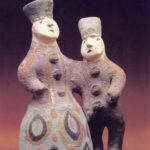 Ivan and Yekaterina Druzhnin. Peasant and His Wife. 1936 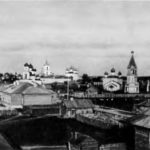 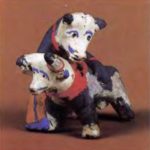 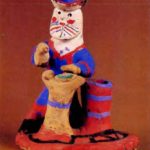 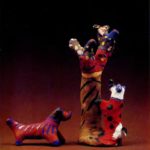 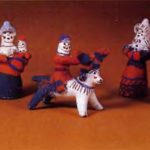 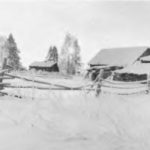 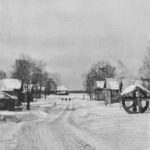