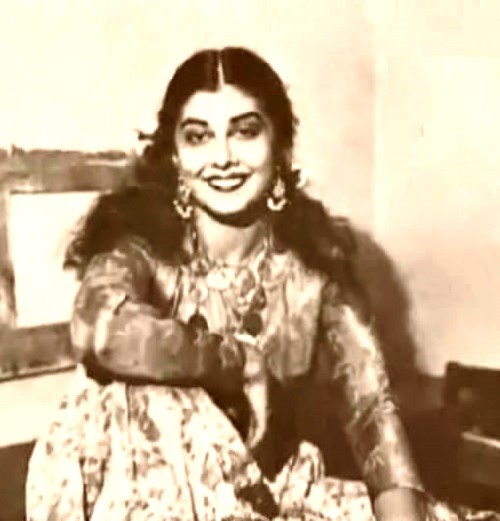 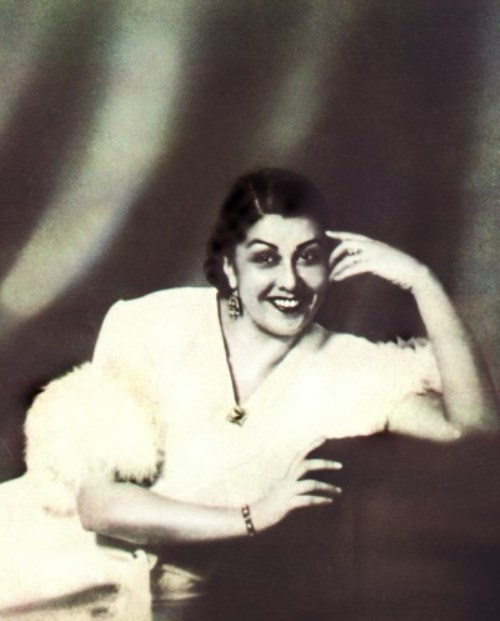 The Kiselevs family was very wealthy, the house often received guests. One day, one of the guests seeing small Nadia exclaimed, “Oh, what lyalka!” (in Russian “doll”). From this time Nadia was often called Lyalya, but because of her dark skin nickname Black firmly stuck to her. From dancing Lyalya one could not take his eyes, she was uncommonly graceful and plastic, captivated the audience instantly. Lyalya Chernaya was not just a Gypsy performer, she was the epitome of dance, the muse of dance herself. 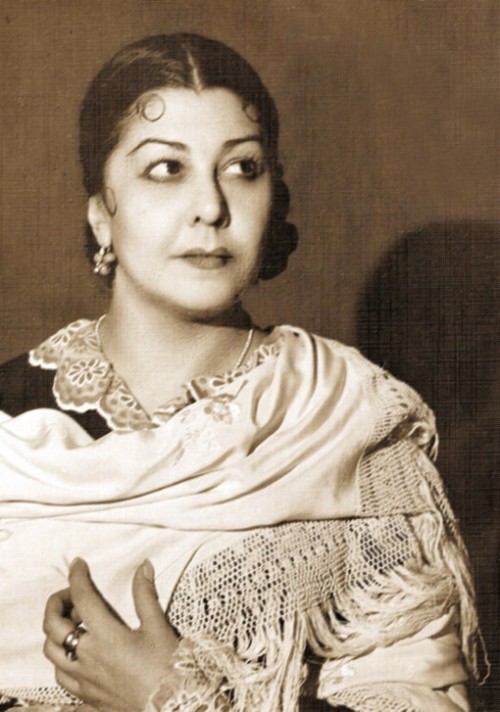 Lyalya Chernaya – the favorite of the public, a large number of admirers of her talent came to see her acting. In 1936, was released the film “The Last camp,” in which Lyalya Chernaya played a leading role, along with her husband Michael Yanshin, who at the time was the director of the theater “Romen”. Now Lyalya Chernaya was known and loved by everyone, and everywhere, even in the most remote corners of our country. Gypsy tabor proclaimed her “queen”, she got mountains of letters. She became a star. 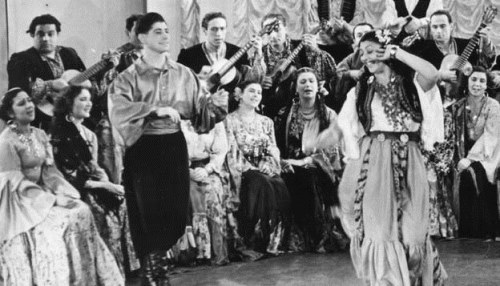 Lyalya Chernaya is considered the best in the history of Russian theater, performer of the role of Grushenka in a play based on the novel by Nikolai Leskov “The Enchanted Wanderer”. Her best roles include characters of the Bride in “Blood Wedding” by Garcia Lorca’s production of Carmen on P. Merimee’s novella, Zemfira in the “Gypsies” by AS Pushkin. 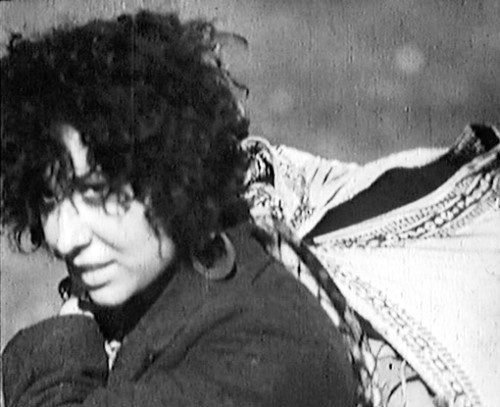 Lyalya Chernaya was part of a group of founders and creators of Gypsy Theater “Romen” To this theater she has given nearly 40 years of her life (1931-1970). After leaving the theater “Romen” Lyalya Chernaya acted as a gypsy singer of folk songs and ballads. Starred in the films “The last camp” (1935), “Gypsies Go to Heaven” (1976). The movie “The Last camp” became the debut of Lala as a singer. The song “Tramp” for her performance became a hit. To concerts featuring Lala was impossible to get a ticket. Name Lyalya Black guaranteed sell-out! 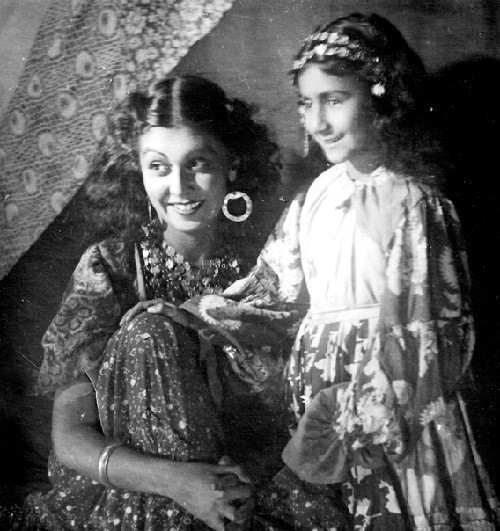 In 1941 the theater was on tour in Sverdlovsk, when the Great Patriotic War began. During the war, the theater worked very much. Played performances, were also organized several outdoor concert brigades that were sent to the military units, hospitals. In addition, the new plays were produced. At this time, Lyalya Chernaya and Mikhail Yanshin got divorced, and Lala married Nikolai Khmelev, the same year the couple had a son. Mikhail Yanshin became a godfather for the son of Nikolai Khmelev and Lyalya Chernaya. 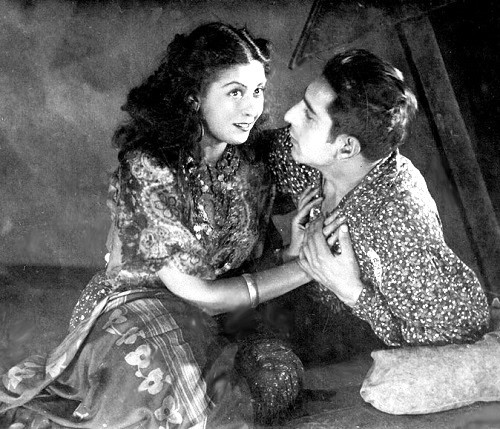 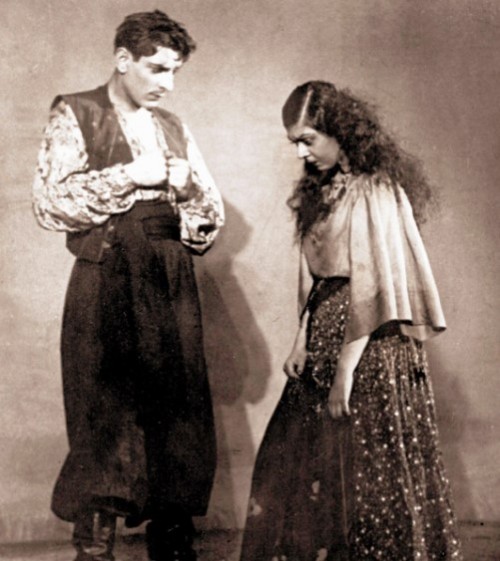 A scene from the play ‘The Gypsies’ 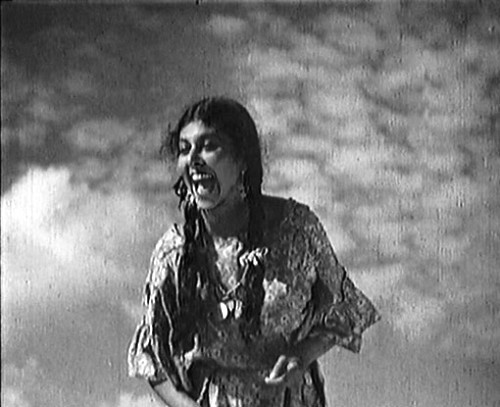 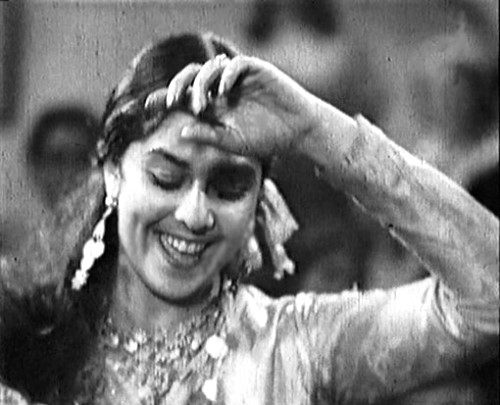 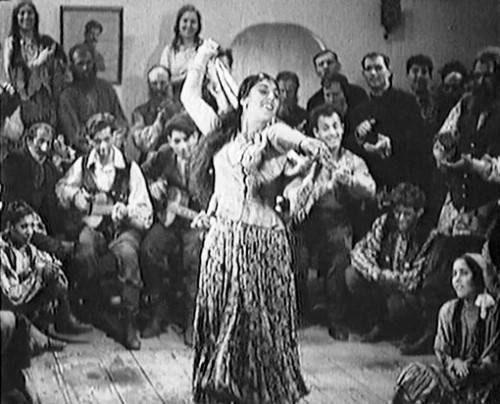 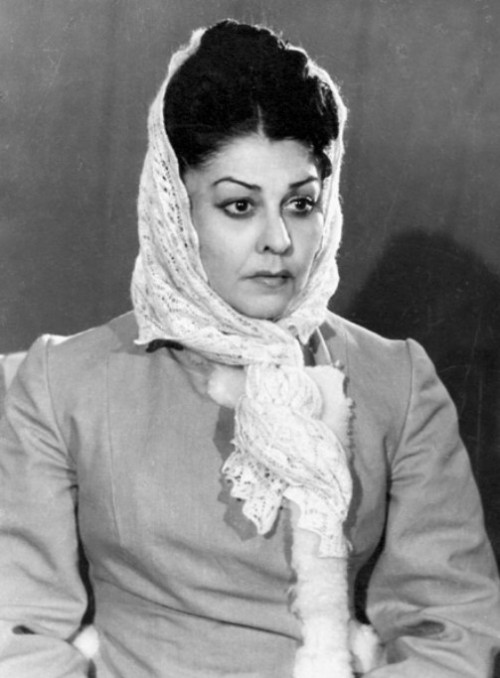