Monuments to Bear in Russia

Bear on the bench. Monument in Veliky Novgorod (Novgorod the Great), Russia

According to some authors, Monuments to Bear in Russia is a materialization of the good old stereotype of foreigners about Russia, where “bears are walking along the streets”. Most monuments to a bear in the world are located in Russia, which is naturally, as the bear symbolizes our country. Russian Bear – the personification of Russia, “the attribute of the Russian state and substitute its supreme ruler”. Bear is seen on the first maps of the Russian state. On the “Sea map”, compiled and equipped with a commentary by the Swedish priest Olaus Magnus (1490-1557) in 1539, there is a bear – a marker of the Russian state. 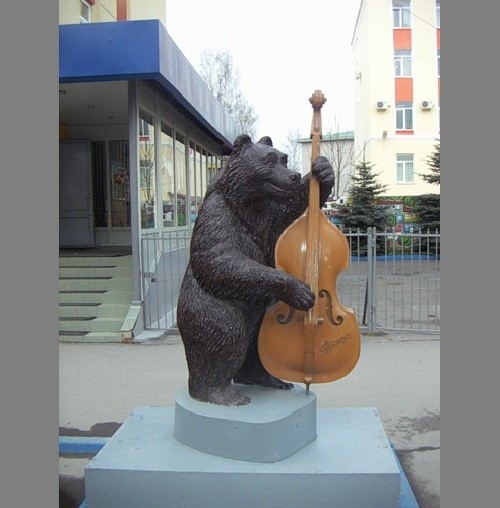 Bear with a bass in Veliky Novgorod 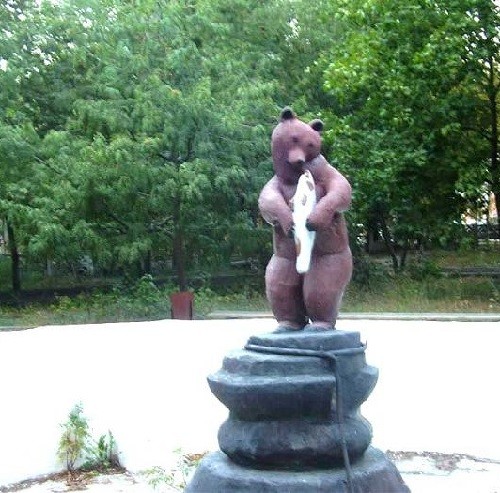 Bear with a fish in Ostrogorsk 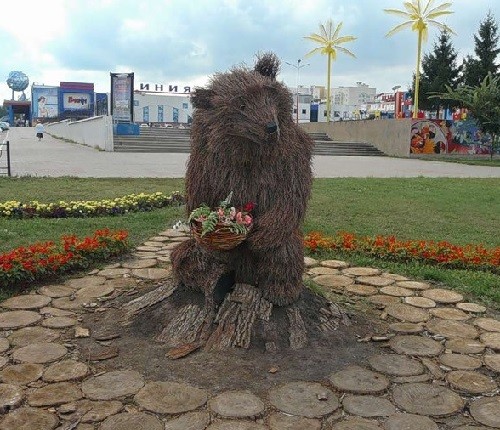 Green sculpture of bear in Belgorod 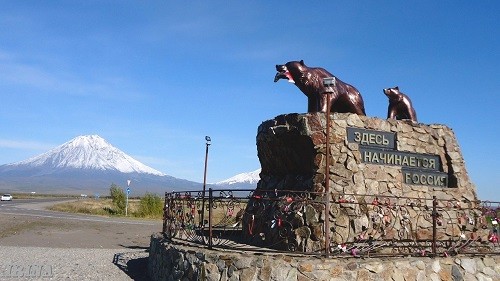 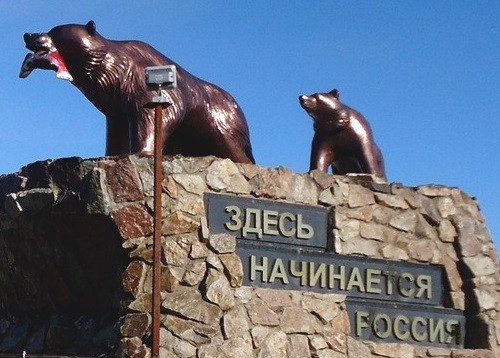 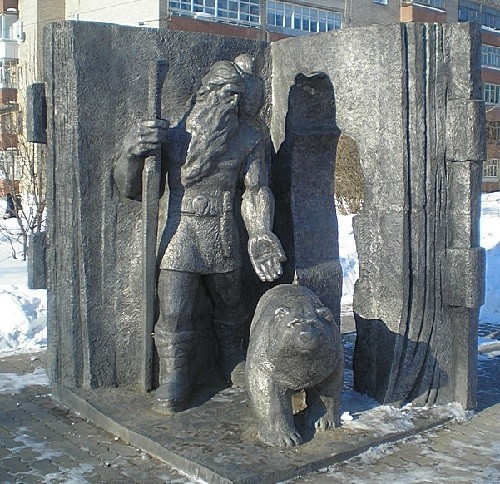 Kudym-Osh. The hero of the ancient epic of Permian Komis. Osh at the Permian Komi – bear. Forest hero, a defender from the enemy, the national hero. According to legend, he taught people to build a fire, melt metals, build huts. The colossal power, decency and justice – these qualities had been given to a national hero 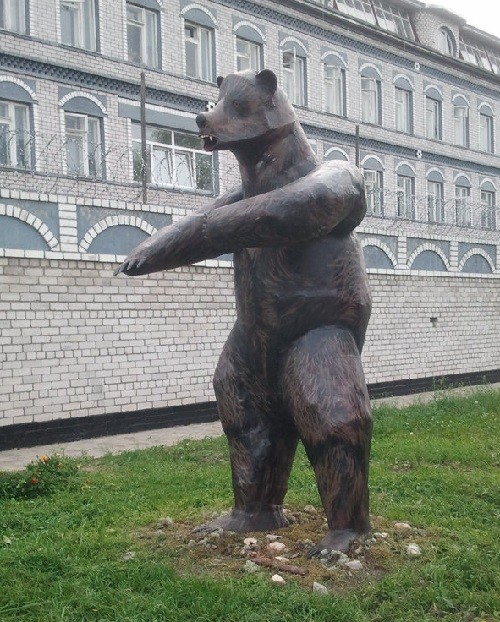 Monument to a bear at the entrance to the colony in Velsk, Arkhangelsk region. Made by prisoners 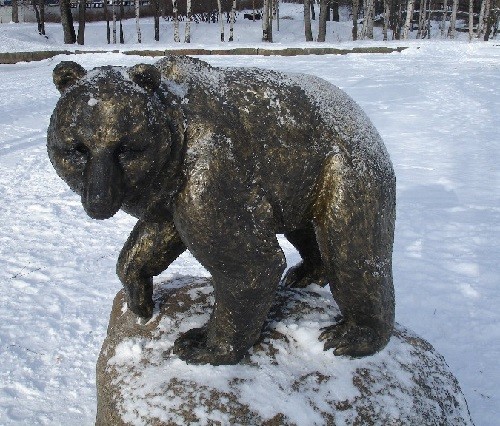 Monument to a bear in Petrozavodsk, Karelia 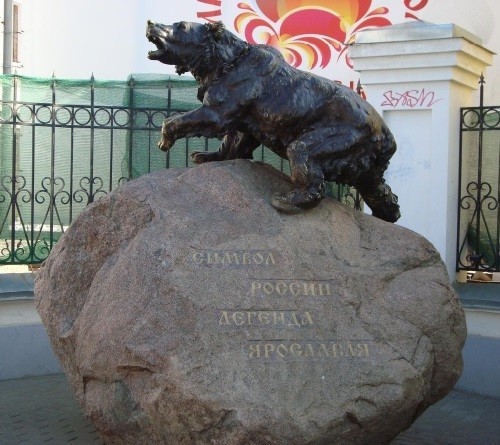 Monument to a bear was erected in Perm in 2009. It is a reflection of the stereotypes of foreigners about Russia 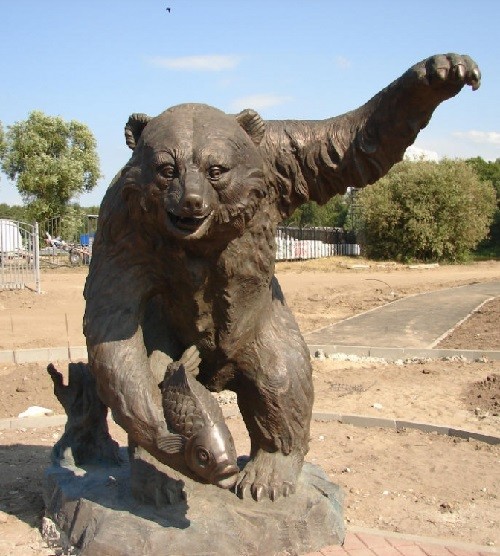 Monument to a Bear with fish in Millennium Park of Yaroslavl. Luxurious gift from Zurab Tsereteli 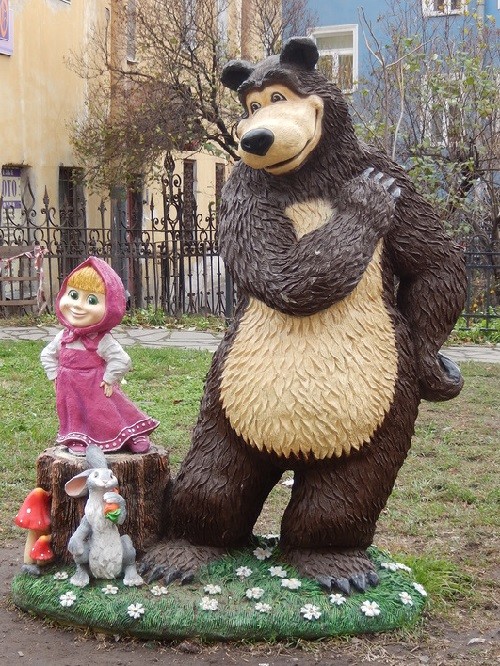 Monument to cartoon characters’ Masha and the Bear’. Close to 18 A Narva Avenue, St. Peturburg 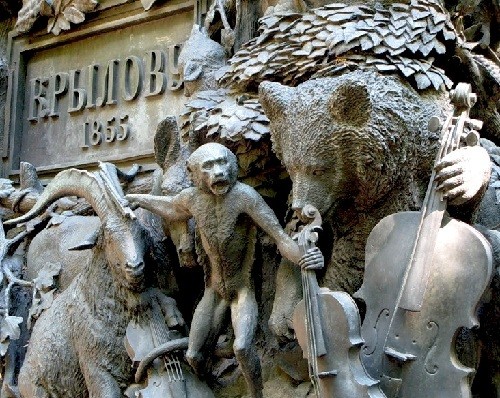 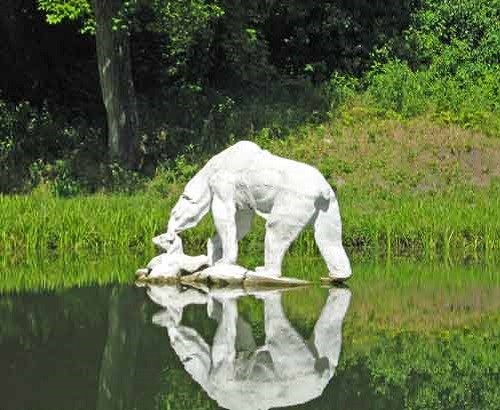 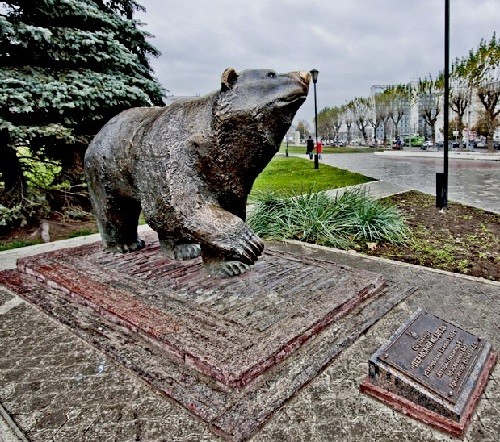 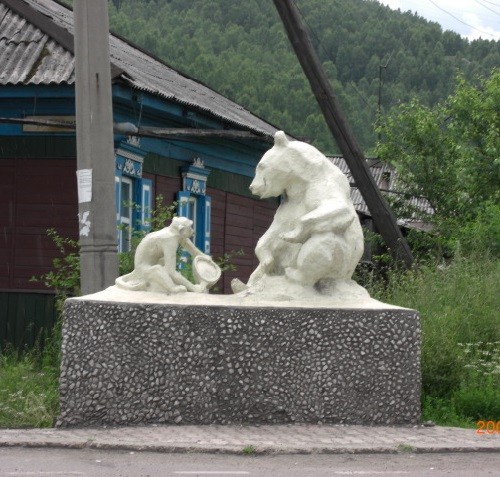 Sculpture of a bear and a monkey. Considered to be one of the most unusual monuments in Russia. Located in Sludyanka 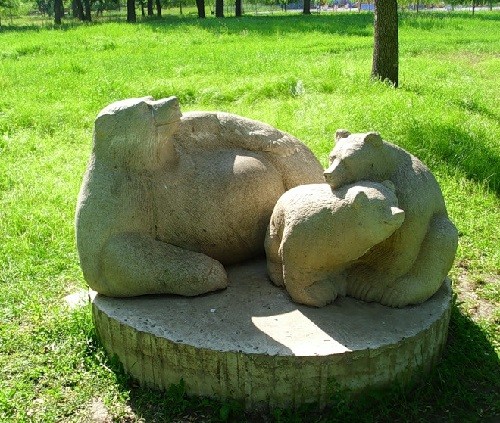 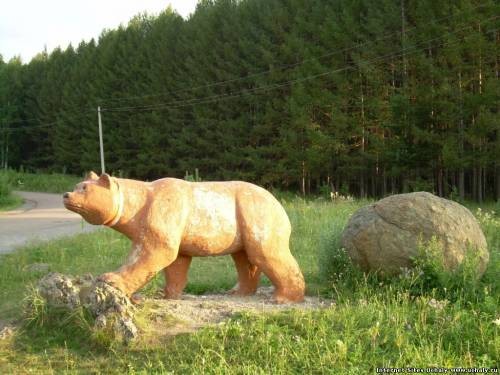 Sculpture of polar bear in Beloretsk 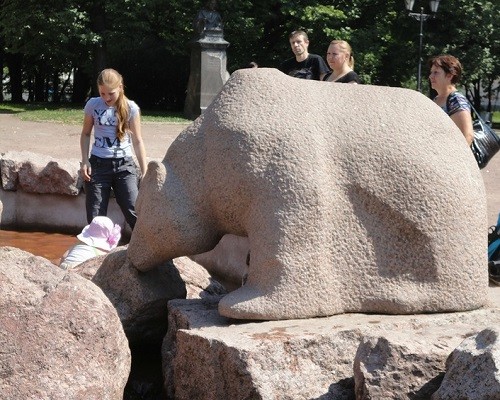 Stone sculpture of bear in Vyborg 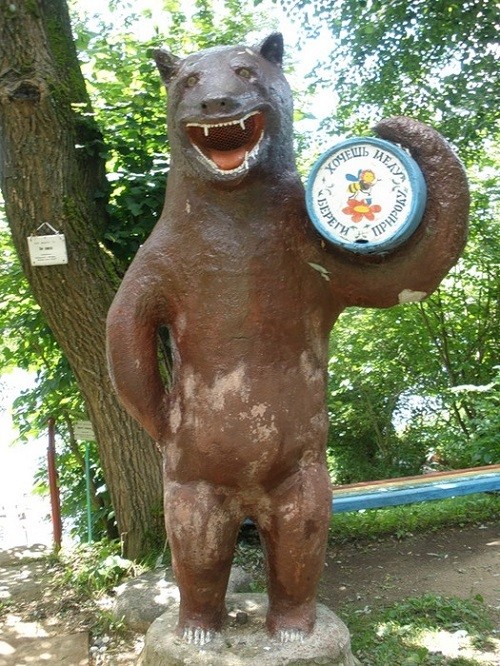 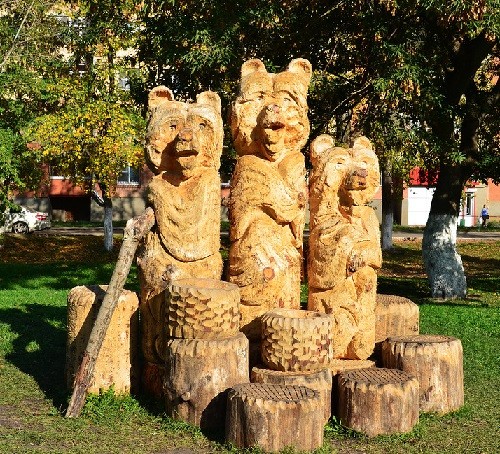 Wooden sculpture of bears in Saransk