Moscow Music Hall is a state cultural institution, with a rich history rooted in the 1920s. For the first time about the “Moscow Music Hall” talked in Russia in 1923, when the company introduced its premier setting on the concert platform of the Aquarium Theatre. Then the theater and the names of music-hall performers resounded all over Russia: Amursky, Utesov, Milich, Gurko, Afonin and more.
Moscow Music Hall has achieved great success in the homeland, and brilliant glory was waiting from abroad: the theater team went on tour to France, Germany, Poland, Romania, Bulgaria, Czechoslovakia, and many more countries. Performances of music hall troupe took place in the best concert halls of the world. 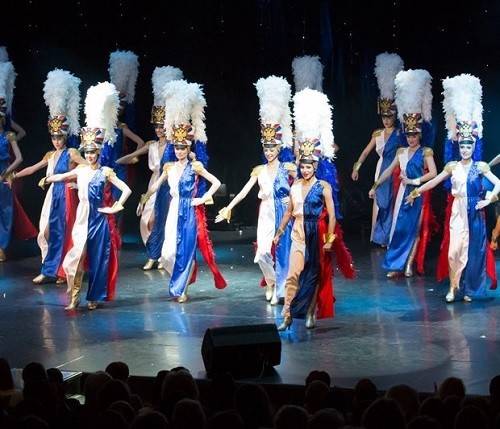 One of the performances of Music Hall

Pride and the major asset of the music hall is the female dance troupe led by unsurpassed choreographer Kasyan Goleizovsky. He created great presentations and performances based on literature of Russian poets and writers of the time – Ilya Ilf and Yevgeny Petrov, Vladimir Mayakovsky and Demian Bedny.

1934 marked the era of heyday of music hall in Moscow, in which repertoire has appeared the famous play “Under the big top.” On the scene performed the legendary actors and the concert hall was a full house. Later, on the basis of this performance, director Grigory Alexandrov made known in the whole country film “Circus”. 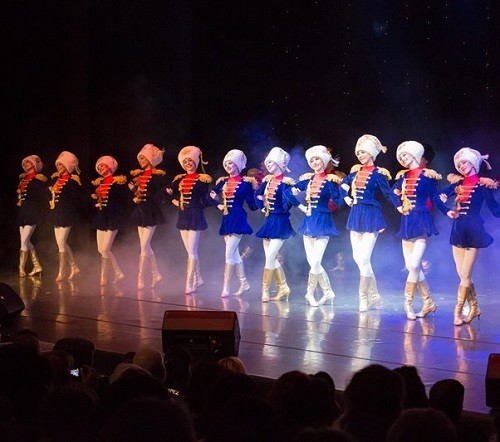 However, 1937 became tragic for our country and for the pop genre in particular. The music halls of Leningrad and Moscow were both closed. Time to return to the former glory came only 25 years later.
Lev Mirov and Alexander Konnikov have created a completely new bright show program, and on the poster again appeared names of prominent Russian pop artists: Mark Bernes, Nikolai Novitsky, K. Lazarenko, Belov and others. Later director Alexander Konnikov put on stage of the Moscow Music Hall performances, which are still on everyone’s lips: “Tick-Tock”, “Moscow – Venus”, “One Hundred and One day in Paris”, “I – the song” “All colors of the rainbow” and “Moscow Kaleidoscope.” 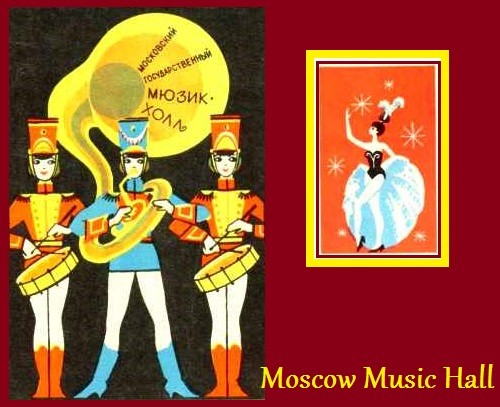 In 1973, the music hall performed in Moscow with the program “Red Arrow”. In the premiere show, director Pavel Khomsky involved such brilliant actors, as Lyubov Polishchuk and Leo Shimelov. By the way, today, Pavel Khomsky – permanent artistic director of the theater of Moscow City Council.

Having shown remarkable dedication, a great love for art and boundless talent, music hall troupe managed to literally, conquer the world with its theatrical performances. The performed in France, Germany, Bulgaria, Poland, Romania, and many other countries. 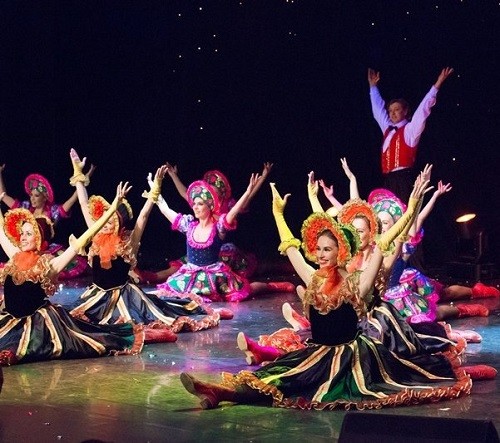 In 1974, after the departure of Alexander Konnikov completed the next stage of the history of music hall. Improved and updated, its bright star will shine in the sky of the capital’s theater groups in 1994. Fans and spectators again filled the Concert Hall of Music Hall. 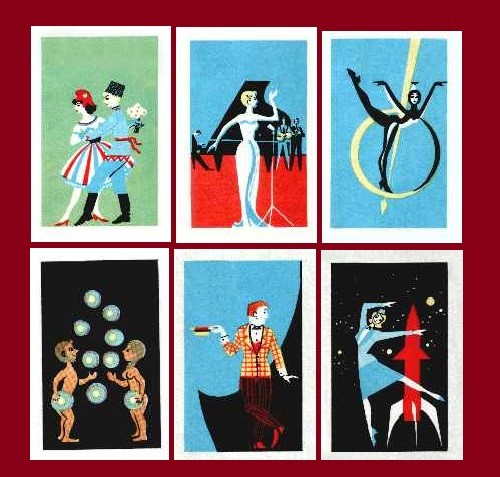 A series of matchbox labels devoted to Moscow Music Hall

Pavel Ravinsky, artistic director of the theater “Planet”, organized a creative tandem with Boris Brunov, the head of the Variety Theatre, and has prepared an ambitious production of “Moscow Music Hall continues.” At this historic concert, which became the new birthday of the music hall, were Iosof Kobzon, Alexander Malinin, Dmitry Malikov and many other pop stars.

Family business continues Platon Ravinsky, artistic director of the “Moscow Music Hall”, and the chief choreographer became Vladislav Lyushnin. He and other members of the theater, created an amazing program. And today, contemporaries have the privilege of watching an exciting new milestone in the life of the musical theater in Moscow.

Today, the name of the legendary “Moscow Music Hall” know in different parts of the world, and every performance becomes a significant event in the cultural life of the Russian capital. 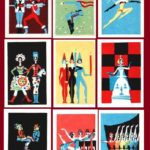 Colorful match labels on the theme of Moscow Music Hall 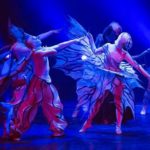 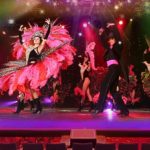 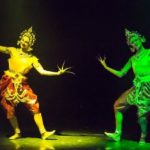 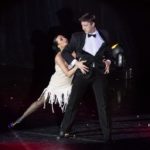 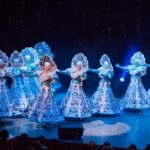