Russian Olympic champion Yevgeniya Kanayeva has many titles and awards. In particular, she is the first in the history of rhythmic gymnastics Olympic Champion in the all-around, third in the history of rhythmic gymnastics three-time world champion in the all-around, and seventeen-fold World and European champion in the individual events. In addition, Honored Master of Sports of Russia, and vice-president of the Russian Gymnastics Federation. Besides, nominated by GQ magazine the “Woman of the Year”, she received the title of one of the brightest women in the Russian sport. However, Siberian born Evgenia Kanaeva could not even imagine to reach such height in the artistic gymnastics.

Talking over the phone. Evgenia Kanaeva

Kanaeva was born in the Siberian city of Omsk. And to the section of the gym came at 6 “in order to lose weight and keep feet straight and slender.” As her coach Irina Viner said, Kanaeva is the gymnast who made herself. According to the coach, Evgenia did not shine with extraordinary talent, but practiced even on weekends, and was ready to be improved before losing momentum. Meanwhile, the main qualities of Kanaeva – hard work and perseverance.

Her colleague Laysan Utiasheva once called Kanaeva “Kabaeva and Chaschina rolled into one”, referring to a set of physical data of the first and perseverance of the second. When Evgenia Kanaeva was asked if she would agree to participate in the show “gymnasts with the stars”, increasingly popular project, she replied that she had to give up to “focus on the most important”.

At the age of 12 Evgenia came to Moscow as a member of a group of young gymnasts from Siberian city of Omsk. In the capital, she was invited to school of Olympic reserve. Far away from home Kanaeva was coached by Shtelbaums and a few months later won the tournament in rhythmic gymnastics AEON CUP, held in Japan. In the “Land of the Rising Sun” Yevgeniya Kanayeva represented Russia together with Irina Chashchina and Alina Kabaeva. Fortunately, the head coach of the Russian national team, Irina Viner noticed the talented gymnast.

Finest hour for Eugenia Kanaeva was the Beijing Olympics in 2008. Although, at the Olympics Kanaeva was the youngest athlete among the finalists, she managed to get the gold medal. “The Olympics is not like the other competitions. It requires full concentration. I told myself that everything would be fine, the most important thing is not to give in to emotions and stay on feet, continue to work and enjoy life. Athlete’s life – is not only a victory, a real athlete must also be able to play “- Kanaeva said in an interview.

Once again Kanaeva proved to the world that she is the best – at the Games in London in 2012, having become a two-time Olympic champion. After winning the Olympics she won not only a gold medal, but also another pleasant surprise – a marriage proposal from a player of hockey club “Salavat Yulaev” Igor Musatov. Igor and Yevgeniya have been together for two years.

Irina Viner calls Kanaeva gymnast who has made herself. According to the coach, Eugenia Kanaeva did not shine with extraordinary talent, but practiced even on weekends, and was ready to be improved before losing momentum.

In an interview, Kanaeva admitted that if she had not become a gymnast, she would deal with music or painting. Soon Kanaeva plans to become a mother. “I see how hard it is and traumatic. And my daughter I would not have wished so many injuries, I don’t want her to repeat my career”. 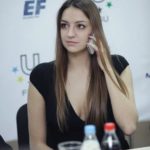 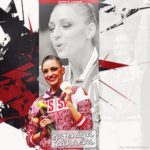 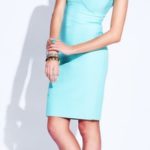 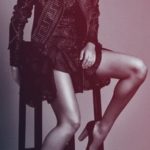 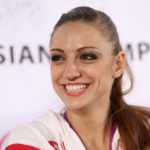 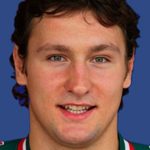 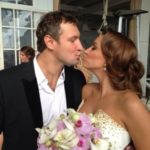 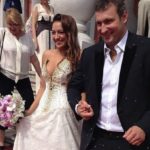 On the wedding day. Evgenia Kanaeva and Igor Musatov 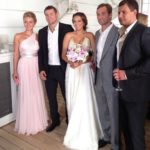 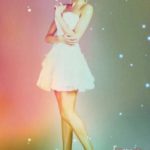 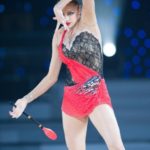 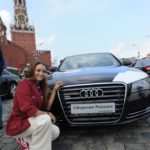 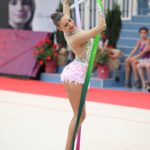 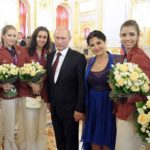 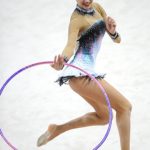 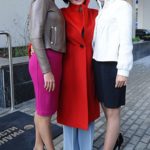 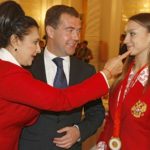 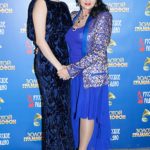 When Viner, known for her talent to grow the Olympic champions, took Kanaeva, the fate of Eugenia was sealed – she did not have chances not to get gold medals