Russian ballerina Anna Pavlova in painting
When Saint-Saens saw Anna Pavlova dancing his “Swan”, he got to meet her to say: “Madam, thanks to you, I realized that I composed great music!” Indeed, partly choreographic composition “The Dying Swan” became her star role. And she performed it, according to contemporaries, supernaturally. At the scene, great or small, the coming down spotlight followed the ballerina. Back to the public appeared figure on pointe, dressed in a swan costume. She tossed in elaborate zigzags of death throes, and did not go down with pointe shoes until the end of the performance. Her strength waned, she had moved away from life and left it in the immortal pose of lyrically depicting doom, surrender to the winner – death.

The ballet ‘La Sylphide’ in 1909 painting by Valentin Serov

Arabesque by Anna Pavlova. Its riddle was caught by Valentin Serov in his poster, painted for the “Russian Seasons” in Paris. The artist wanted to portray ballerina in a long tunic at the time of the flight. During those eleven sessions that were assigned to work, Anna Pavlova had to jump many times for the artist, so that he could catch the movement of ‘flight’.

Future ballerina was born almost two months ahead of schedule. It was a frosty morning in January 1881, when a poor seamstress, sometimes moonlighting as washing linen, gave birth to a baby girl. The child was so weak that nobody hoped that the baby would live. However, despite the gloomy forecasts, the girl survived. She was baptized and named in honor of St. Anne, whose feast that day was listed in the church calendar. Anna did not remember her father – Matvey Pavlov, a simple soldier died when his daughter was barely two years old, leaving behind no inheritance, neither orders nor the rank of general.

First memory of Anna – a small wooden house on the outskirts of the city where they lived with her mother. Despite the poverty, the mother spoiled girl: a huge chocolate egg, stuffed toys – on Easter, the Christmas tree, decorated with gold nuts – on Christmas. And when Anna was eight years old, her mother announced that they will go to the Mariinsky Theatre.

Seen and heard shocked girl’s imagination. In the second act of a group of boys and girls danced the “Waltz of the Flowers.”

– No. I want to dance like that beautiful lady that portrays Sleeping Beauty. Someday I’ll have to dance, and in the same theater.

Mother laughed, called her daughter silly girl, unaware that she had already found her path in life. The next morning, the girl talked only about ballet, theater and dance. Anna became “sick” with ballet. After tears and urgent requests mother took the girl to the ballet school. At age ten she became a student of the Imperial Ballet School. 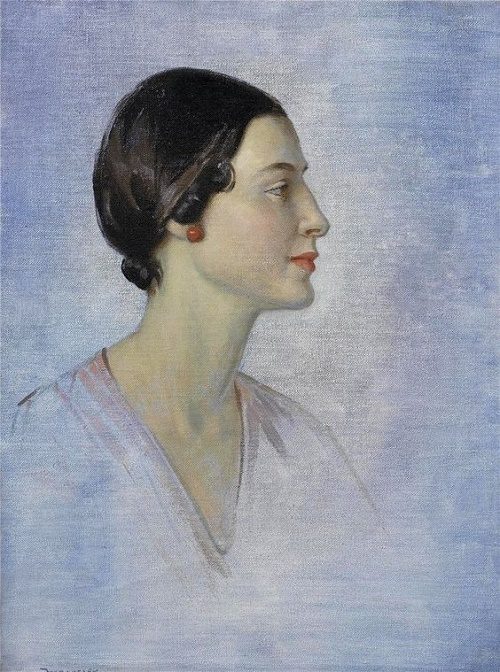 Her career in St. Petersburg started as a routine: first final, then the corps de ballet of the corps de ballet as the first dancer and, finally, the ballerina. The tone of newspaper articles about a young ballerina became enthusiastic: “A flexible, graceful, musical, full of life and fire mimicry, she is superior to all. How quickly and sumptuously bloomed this bright, versatile talent.”

The first tour in Europe brought unprecedented success to Anna Pavlova. In 1907 she made her debut in Stockholm. After one of the performances a crowd of spectators walked after the cart of Pavlova up to the hotel. People applauded, no one went away even when the ballerina disappeared in the hotel. Pavlova went to the balcony and was met with a storm of applause. She just bowed, but then rushed into the room, took flowers she was given that night, and began to throw into the crowd: roses, lilies, violets, lilacs.

When Pavlova met with Victor Dandre, they were people of “different circles.” He – comes from an aristocratic French family, passionate balletomane, was an exemplary representative of the “golden youth” of St. Petersburg: the rich fops, dandies, fans of bright life. She – the daughter of a seamstress and a soldier, still unknown to anyone “baby from ballet”.

To become a Protégé of charming and talented dancer seemed funny for Victor. Court nobility and banker Dandre rented for Anna luxury apartment and gave her a room to dance class. But he didn’t intend to make a proposal and marry her. Life – is not a fairy tale, where the Prince dreams of Cinderella.

Despite the huge success, Anna was hurt by her ambiguous position. She loved, was loved and did not understand what stopped him from marrying her.

Anna Pavlova and her swan

In 1909, Sergei Diaghilev, a talented lawyer, a rich man with a lively interest in the arts, decided to open the opera season in Paris. To participate in the “Diaghilev seasons” Anna needed were expensive toilets. For Dandre this circumstance meant huge costs. He did all that was required of him, but eventually landed in jail. Dandre failed to pay off, because did not have such a large sum, which was required to pay a deposit for his release from prison. Grueling trial lasted more than a year.

And what about Anna? Contemporaries said, that passionate affair came to an end with the money from the patron. Not denying anything, Pavlova went abroad with Diaghilev’s troupe. In Paris, she and her partner Vaslav Nijinsky immediately achieved astounding success. Press raged. Diaghilev held talks not only about the tour in Europe, but also in America and in Australia, when the unexpected happened: Pavlova “betrayed” Diaghilev, signing a lucrative, contract with the famous theatrical agency “Braff” in London. By signing this contract, Anna received money in advance. She immediately made a deposit required for rescuing Dandre from prison. Suddenly, unpredictable and very impressive.

In Paris, Anna and Victor secretly married. But now, she said to him: “If you ever dare to say that we are wedded, – all will be over between us. I’ll throw myself under a train. You see, now I am Pavlova! “. I do not want to be Madame Dandre! Let everyone think you’re just “with me.”

Pavlova adored Dandre. She never loved him with the ordinary human love, namely, adored, and it was music to both of them. As a spoiled child Anna carped to Victor, drove him to tears and despair. Then she fell into a tantrum and lay in front of the closed door of his office, begging him to let her in.
Life of Victor Dandre near Pavlova represented a feat of self-sacrifice. Taking care of everything for her, he provided her that is called paradise life. He was not only a master of all theater companies, but also had to run a huge house, made all the desires of his beloved Anna to become true. From time to time, Anna summed up: “A suitable husband for his wife – is the same as the music for the dance.”

Pavlova was extremely superstitious. She noticed signs: was afraid of thunderstorms, the meeting with the priest, empty cans, black cats, and many moren. Once at a party, looking at a huge bush of tea roses, she said: “When the bush dies, I will die. That’s right. I know.”

Anna has been repeatedly urged to go on vacation and relax. “What are you talking about – she stammered. – I have to work. In my arms – a troupe. If I do not have time to live, then certainly I should die on the go, on ny feet.” The following year she was in a hurry on the road to The Hague. On the way she had got a cold, which resulted in an inflammation of the lungs, transformed into pleurisy.

Strange, but the words of Anna Pavlova on the rose bushes were prophetic. When she fell ill, flowers covered with rusty spots and died in a few days. Three days later, not reaching eight days before her 50th birthday, died the great Russian ballerina.