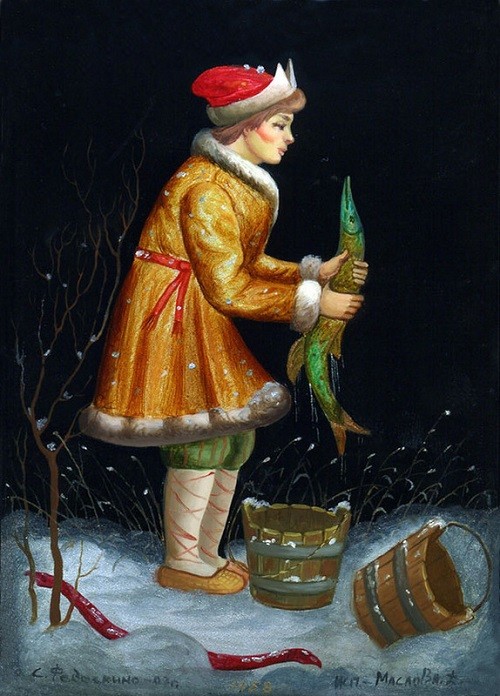 Without a doubt, there is no other folk tale in Russia more loved and respected than Russian folk tale Wish upon a Pike. The tale is actually an anthem to human laziness and life for free, but to someone it is probably the emboidment of dream come true. The tale and its main character, Yemelya the fool has become a real inspiration for cartoonists, film directors, artists and sculptors. In 1938 Aleksandr Rou directed his fantasy film ‘Wish upon a Pike’, filmed at Soyuzdetfilm. The film was a masterpiece of Russian cinema, full of incredible charm, impeccable in acting and great attitude towards work.

In a small village there lived three brothers. The two elder brothers were married. They were merchants. The youngest brother was a fool named Yemelya. One day the elder brothers went to the market far away and asked him to take care of their wives. Yemelya stayed home and slept on the warm stove.

The next morning his sisters-in-law asked him to bring some water from the river. He mumbled, “Leave me in peace. I want to sleep. Go yourself.” The women persuaded him kindly and promised him a new red jacket and a new red hat. They knew that Yemelya liked red outfits. He jumped from the stove and went to the river. He took some water in his pails, then saw a pike in the ice-hole and caught it. “A pike pie will be delicious,” he thought. But the pike begged him in a human voice, “Let me go free, Yemelya. I will grant you anything you wish. You just need to say, ‘By the pike’s wish, at my command,’ and everything will be done.”

In one small village lived three brothers: Semyon, Vasily and the third-Emelya-the fool

Emelya set it free and said in a loud voice: “Wish upon a Pike, at my command, pails, go home by yourselves.” His sisters-in-law were very surprised to see pails full of water travelling home by themselves. And Yemelya jumped onto the stove and went back to sleep.

Another day the two women planned to bake pancakes, but there was not enough firewood. They persuaded him to go to the forest and promised to make him pancakes, which he liked a lot. Yemelya went to the yard, sat down in a sledge and whispered, “Wish upon a Pike, at my command, sledge, go to the forest.” His sledge almost flew there! There, Yemelya let the axe do its job. Unfortunately on the way back he had to go through the town, and many people were hit by his flying sledge.

After he returned home, he jumped again onto the stove and fell asleep. The Tsar heard about the incident in the town and sent his officer to find Yemelya and bring him to the palace. The officer found Yemelya’s house, entered and shouted, “Yemelya, come here. You must go with me to the Tsar’s palace!” From the stove Emelya mumbled, “Why? I am warm here. Leave me in peace.” When the officer dragged him down, Emelya became angry and shouted, “Wish upon a Pike, at my command, cudgel, come and greet the Tsar’s officer.” The cudgel appeared and beat the officer hard.

Then the Tsar sent another officer to Yemelya. This officer was smarter; he brought raisins, prunes, and gingerbread and came to persuade Emelya to come to the Tsar’s palace. Yemelya finished eating the sweets and finally agreed to go to the palace. He took his old jacket with a fancy pattern and said in loud voice, “Wish upon a Pike, at my command, stove, go straight to the Tsar’s palace!”.

When Yemelya, riding on the stove, appeared in the Tsar’s courtyard, everybody was watching from the steps, anxious to see him. It happened that the tsar’s daughter was among them. When Yemelya saw her, he liked her and whispered, “Wish upon a Pike, at my command, I want this beautiful girl to fall in love with me.” And he told the stove to take him back home.

A common plot of a folk tale among the Eastern Slavs.

The Tsar’s daughter longed for him and asked her father to let her marry him. The Tsar became sad, but there was nothing that could be done, so he sent another officer to bring Yemelya to the palace again. The officer bought a lot of sweets and came to Yemelya’s house. When Yemelya finished all the treats, he got tired and fell asleep. The officer brought him to the Tsar. Then he and the princess were placed in a big barrel and were thrown into the sea. 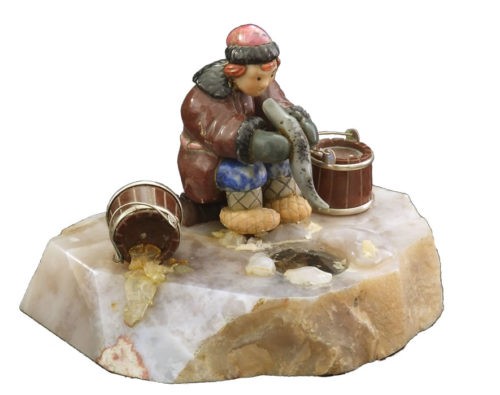 When Yemelya awoke, he found himself in the barrel with a beautiful girl. Sobbing, she explained what had happened to them. Yemelya said, “Wish upon a Pike, at my command, I want the waves to roll the barrel to shore.” In a moment they were saved and found themselves on a beautiful island. 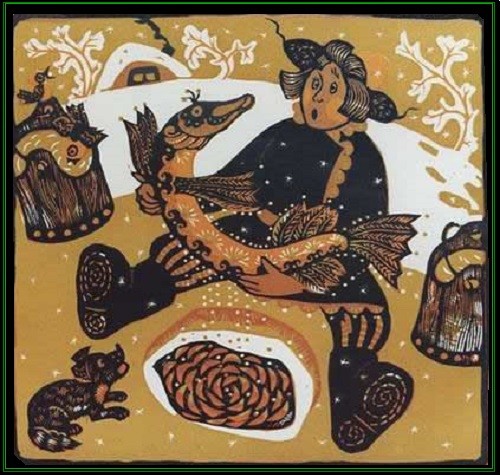 “My sweetheart, Yemelya, where will we live? Could you build a small hut for us?” asked the princess. Yemelya agreed and said loudly, by my command, build me here the best palace in the world!” Immediately, a wonderful marble palace with many servants appeared. 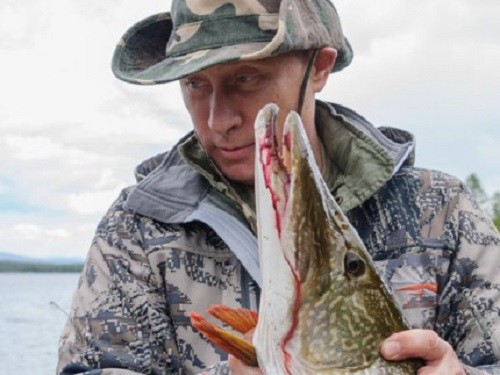 Then the princess asked him, “My dear Yemelya, could you be more handsome?” Instantly he turned into a handsome and intelligent young man. They lived happily for a while as rulers of the island. 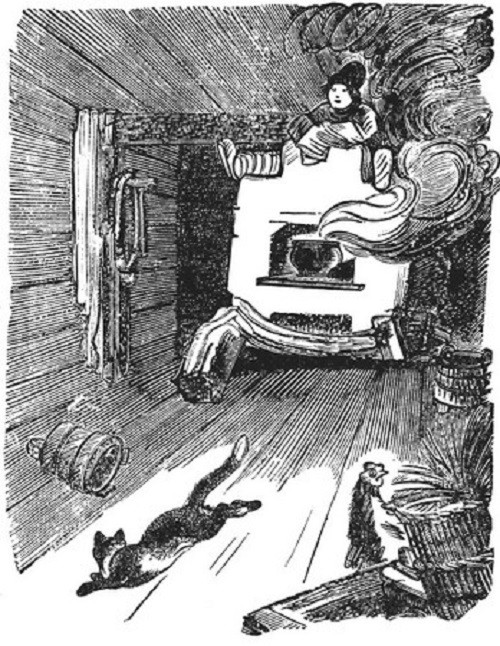 One day the Tsar came to the island and saw an amazing palace. When Yemelya greeted him, the Tsar did not recognize him. Inside the Tsar found his own daughter and she told him everything that happened to her and Emelya. The Tsar wept and asked their forgiveness. Then they held a great wedding ceremony and invited Yemelya’s brothers. After that everybody lived in peace and love. 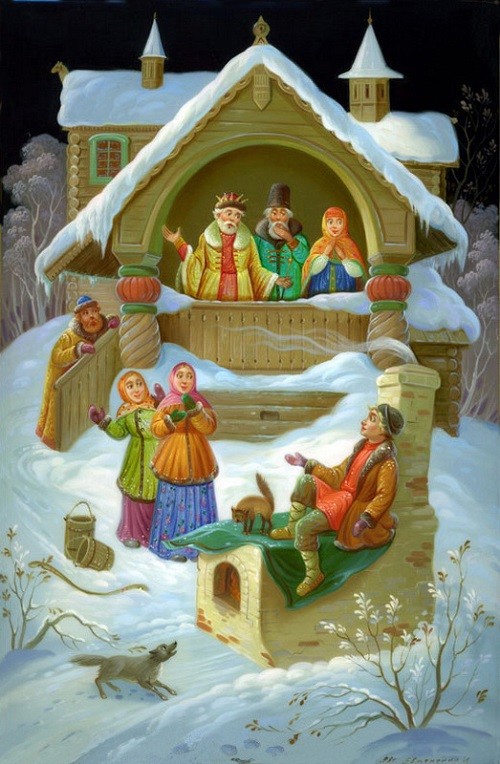 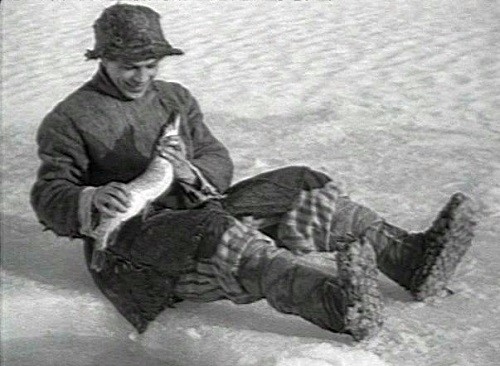 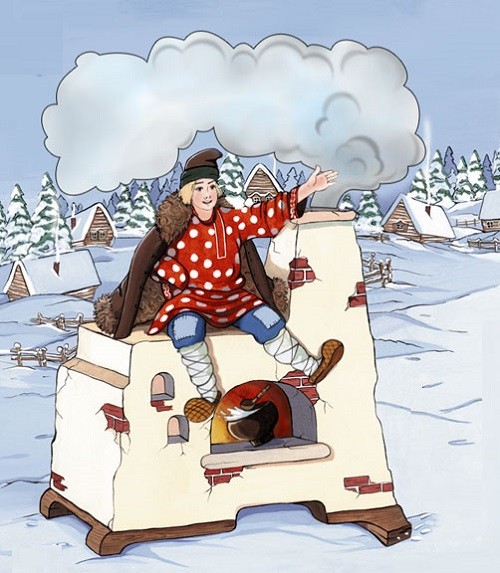 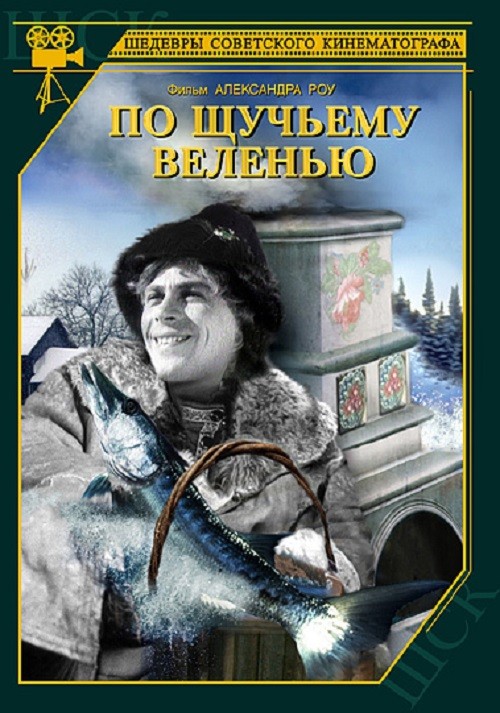 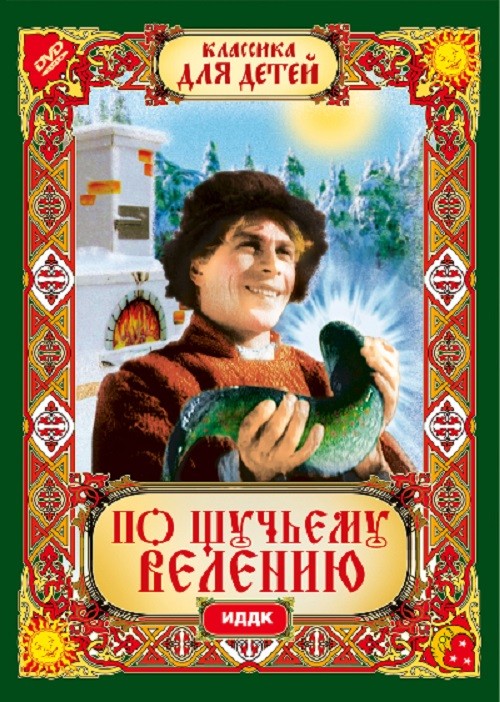 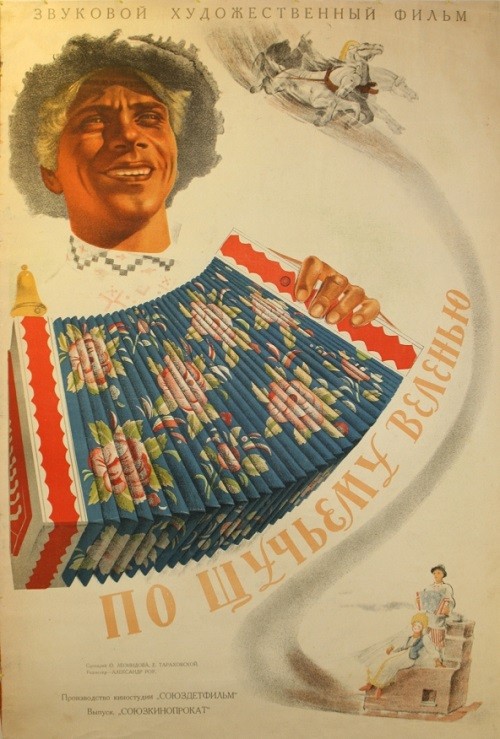 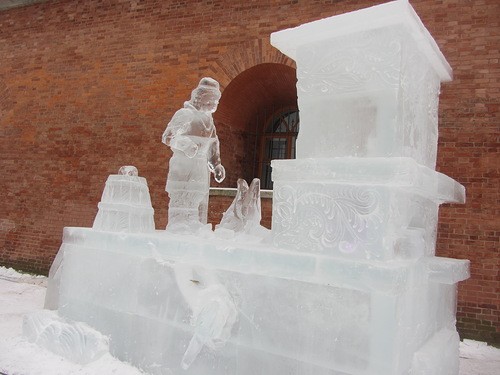 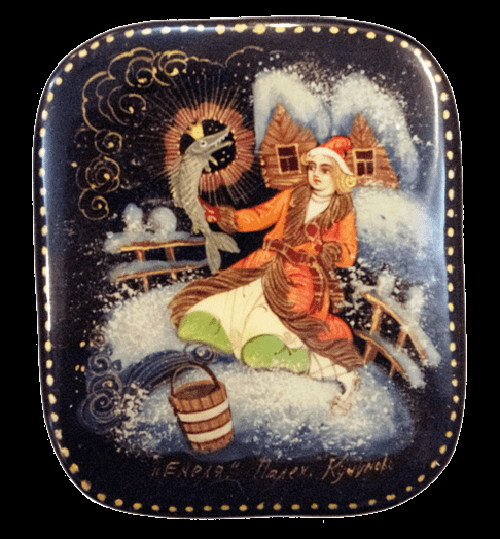 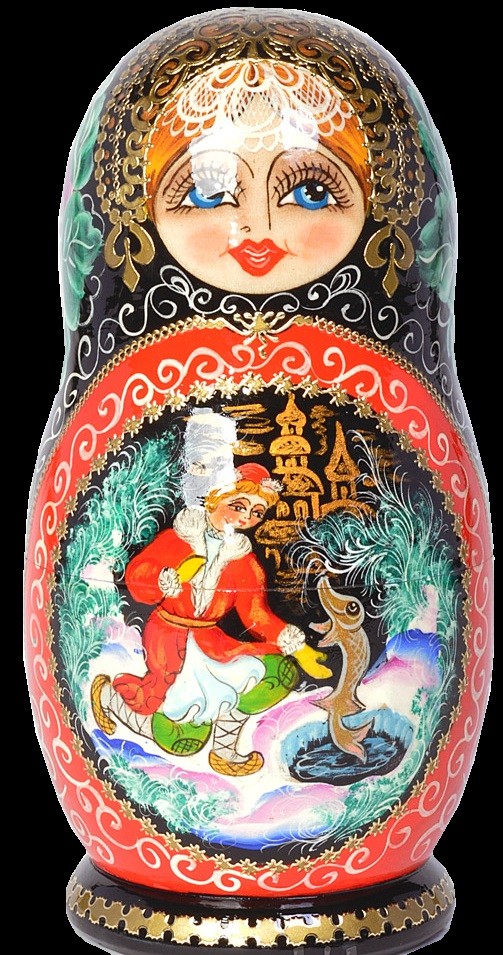 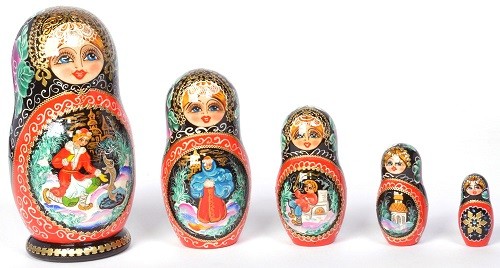 0
Like this post? Please share to your friends:
Related articles
Beauty contests 0
Biography and information Graduated from MVHPU them. S.G. Stroganov in 1980, the department of
Cinema 0
Actress, Miss Russia 2010 Irina Antonenko At the age of 14, Irina Antonenko with
Cinema 0
Olesya Sudzilovskaya was born on May 20, 1974 in Zelenograd. Since childhood, the future
Cinema 0
Initially, the girl did not want to go to the theater, dreamed of becoming
Cinema 0
Tatyana Arntgolts: the first marriage is unsuccessful, the new husband of the actress is
Cinema 0
Anna Chipovskaya is a Russian theater, film and television actress. Born on June 16,
Categories
Recommended Posts