Russian footballer Andrey Arshavin has an income of $ 6.4 million, 10th place in the rating of Russian celebrities. After four years of playing for the London Arsenal returned to his native St. Petersburg “Zenit”. Arshavin is a champion of Russia (2007, 2012), UEFA Cup (2007/2008), the UEFA Super Cup (2008). He is business co-owner of a number of St. Petersburg companies specializing in the trade of automobiles, sale of food.
Russian footballer and former captain of national team, Honored Master of Sports of Russia Andrei Sergeyevich Arshavin was born May 29, 1981, St. Petersburg. He plays the position of second striker, a play-maker, an attacking midfielder. Under coach Guus Hiddink has become one of the major players of the national team of Russia. After the expiration of the contract with “Arsenal” returned to Zenit. Repeatedly voted the best player in Russia in various polls.

Son Artem and daughter Yana with their dad

His gesture when the footballer brings his index finger to his lips, as if calling for silence, has become the brand of Arshavin. Arshavin is involved in charity program of the international organization SOS-Kinderdorf, honorable SOS Children’s Village Pushkin Ambassador. Arshavin accepted the invitation and took the mission to bring to the attention of SOS Children’s Village of the public and sponsors.

Andrey Arshavin is a father of three children with his law wife Julia, whom he met 10 years ago. Their children – son Artem and daughter Yana, on August 14, 2012 in the family of Arshavin was born the third child – Arseny.

In 2013, the actual marriage broke up. September 1, 2016 he married Alisa Kazmina, with whom Arshavin met several years. 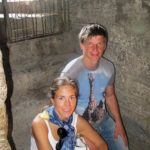 Young and happy Andrey and Yulia 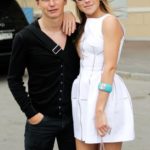 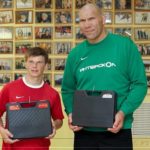 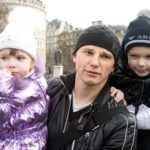 Father Andrey Arshavin with his son Artem, and daughter Yana 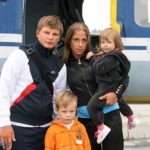 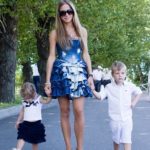 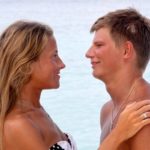 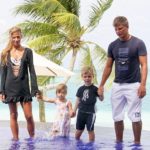 At the seaside, the family of Arshavin 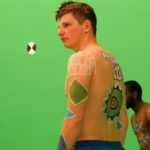 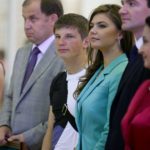 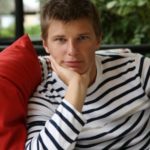 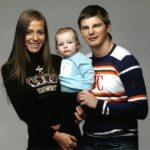 No longer together, Yulia and Andrey 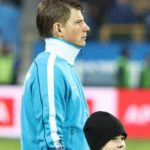 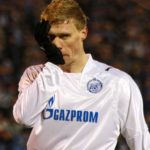 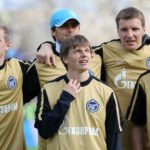 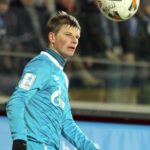 The moment of game 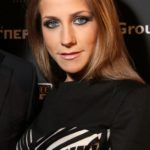 Moscow. Presentation of the World Cup on KUDO. Julia – the host of the ceremony 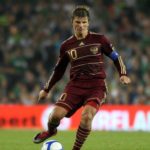