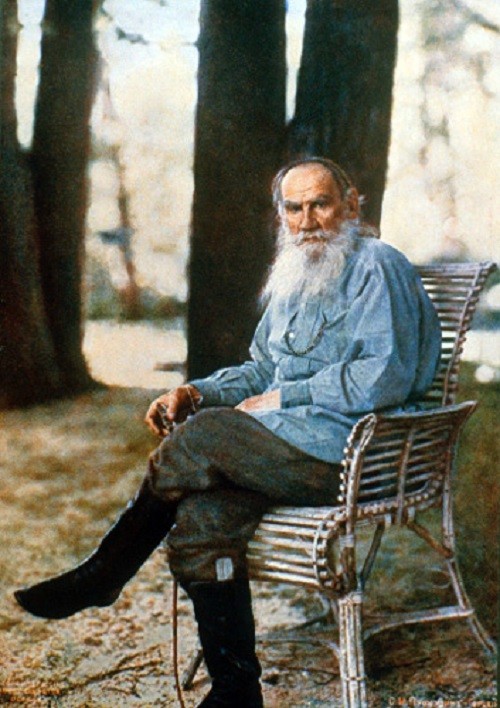 Russian Genius Leo Tolstoy was the first who refused the copyright, was an opponent of the state system, and for the rejection of religious authority was excommunicated. Leo Tolstoy refused the Nobel Prize, hated money and took the side of the peasants. Leo left us 165,000 sheets of manuscript, complete essay works in 90 volumes, wrote 10,000 letters. Throughout his life he was searching for the meaning of life and the happiness that found in the simple word – good. 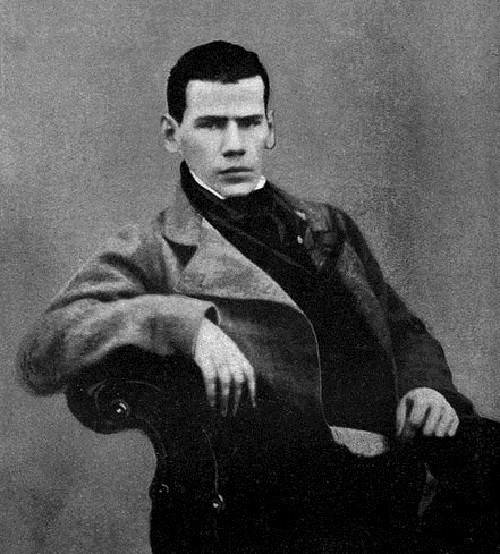 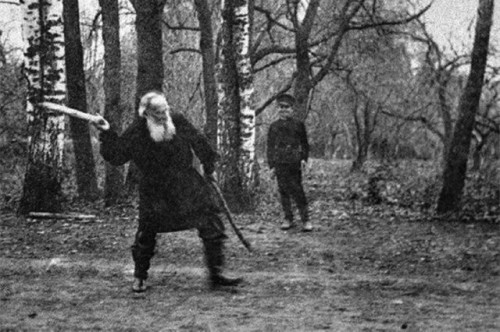 From his youth, the future genius of Russian literature was pretty a gambler. Once in a card game with his neighbor, landlord Gorokhov, Leo Tolstoy lost the main building of the Crown estates – Estate Yasnaya Polyana. The neighbor dismantled the house and took his trophy to his place 35 miles away. It is worth noting that this was not just a building – here that the writer was born and spent his childhood years, the writer even wanted to buy it back, but for some reason he did not. 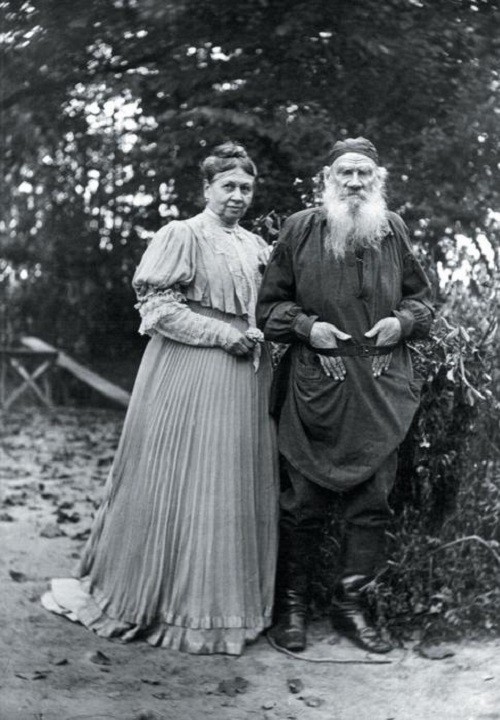 Tolstoy and his wife Sofya Andreevna

Leo Tolstoy met his future wife, Sophia Bers, when she was seventeen and he was thirty-four. Together they lived 48 years, gave birth to 13 children. The Countess was not only a wife, but faithful and loyal friend, an assistant in all matters, including literature. The first twenty years, they were happy. But then fought a lot , mainly because of beliefs and way of life that Tolstoy had set for himself. As of 2010, there were a total of more than 350 descendants of Leo Tolstoy (including both the living and the dead already) living in 25 countries. 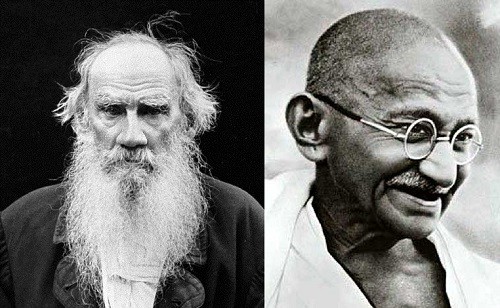 The great writer Leo Tolstoy had a huge interest in India and Vedic philosophy, much deeper than of generally contemporaries. Tolstoy’s ideas of non-resistance to evil by force, set out the works of the writer, such as “The Kingdom of God is within you”, had a strong influence on the young Mahatma Gandhi, who later led the nationalist movement in India and made a peaceful separation from Britain in 1947. 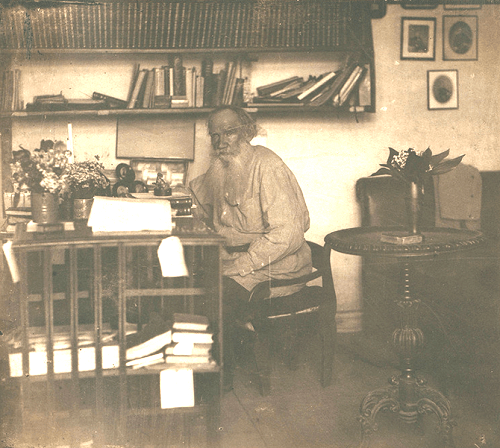 Tolstoy’s novel “War and Peace” at first was called “1805”, then “All’s Well That Ends Well” and “Three Eras”. According to the testimony of researchers, the novel was rewritten 8 times, and some of its episodes – more than 25 time. In this case, the author applied to the product of skepticism. In his correspondence with the poet Afanasy Fet writer said of his book: “How happy I am not to write that many-word crap like “War” any more” 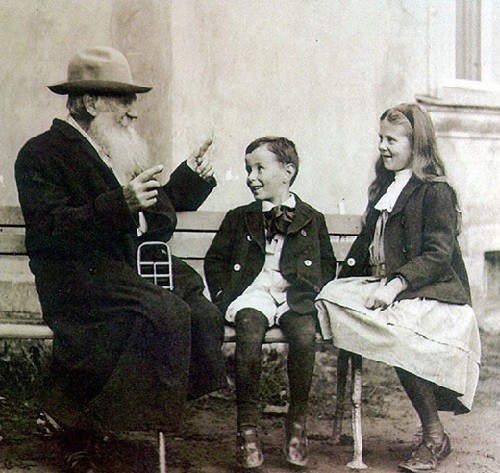 With grandchildren Sonia and Ilya in Krekshino

Tolstoy twice went abroad in 1857 and 1860-1861, partly out of curiosity, but also to study Western methods of education. He came to the conclusion that the Russian education is fundamentally wrong, especially the education of the peasantry. Tolstoy left a literary work and established a school for peasant children in Yasnaya Polyana. Teachers also began to publish a magazine, where he preached his educational theories, and had made several textbooks for elementary education. Leo is also known as the author of the “ABC”, “New ABC” and “reading books”, which had been learned by a generation of children. 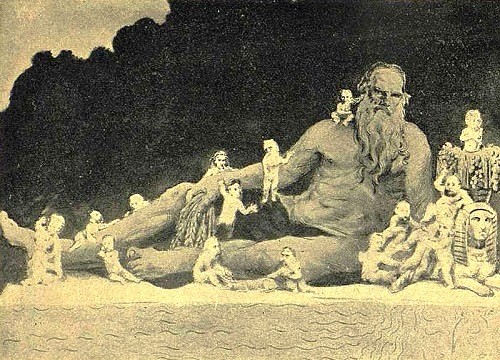 A Giant and a Pygmies. A caricature of Leo Tolstoy and contemporary writers

Tolstoy and other writers

Tolstoy communicated with Chekhov and Gorky. He was also familiar with Turgenev, but the writers could not be friends – after an argument on the basis of beliefs they had not spoken for many years, the argument almost came to a duel. 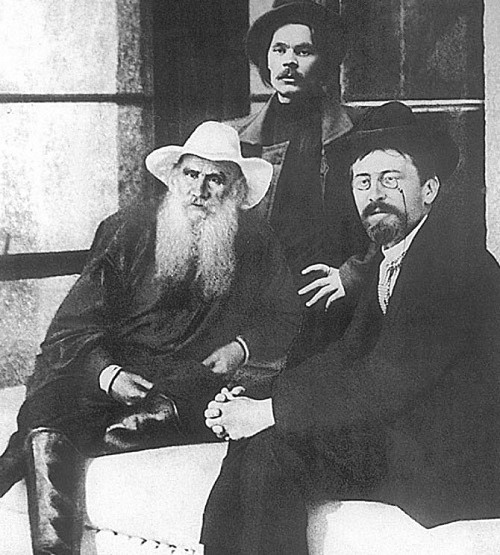 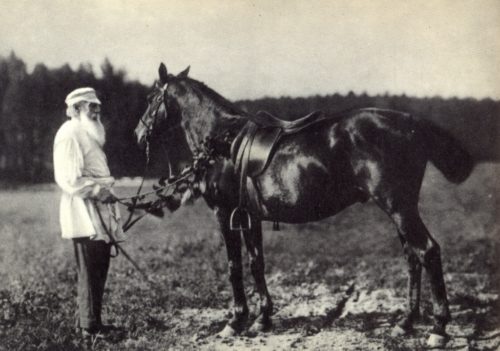 In October 1885, LN Tolstoy visited William Frey – a writer, a vegetarian, a follower of the teachings of Auguste Comte. When communicating with B. Frey Tolstoy first heard vegetarianism preach – the allegation that the structure of the person, his teeth and intestines, proves that man is not a predator. Leo immediately accepted this doctrine, and after realizing the knowledge Tolstoy immediately gave up eating meat and fish. Soon his daughters – Tatiana and Maria followed his example. 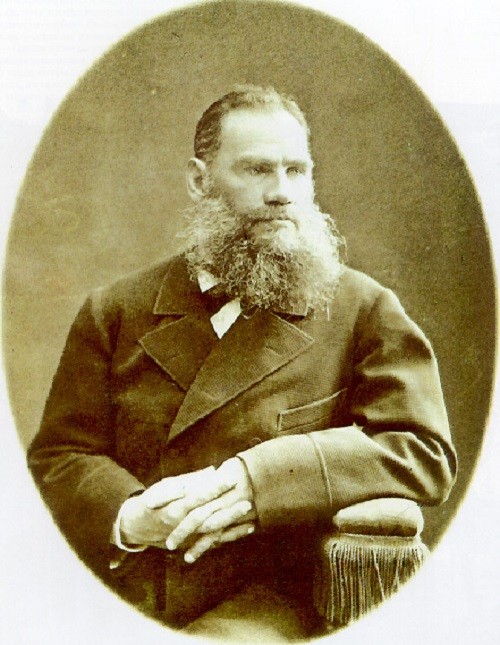 Leo Tolstoy to the end of their days called himself a Christian, although by the decision of the Synod, he was excommunicated from the Orthodox Church. This didn’t prevent him in the 70’s from being seriously interested in the occult. Having a disagreement with the church, Tolstoy started his own Christian doctrine, which was called “Tolstoyism” (Tolstovstvo). The doctrine had many companions, one of whom was the author of the novel “Master and Margarita” Mikhail Bulgakov. 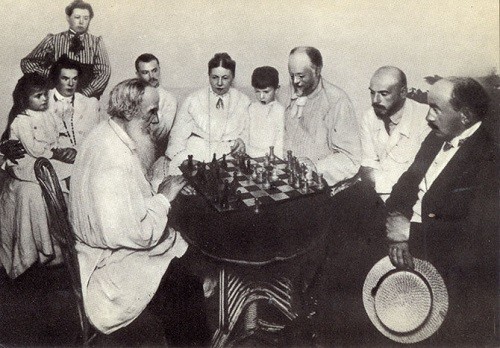 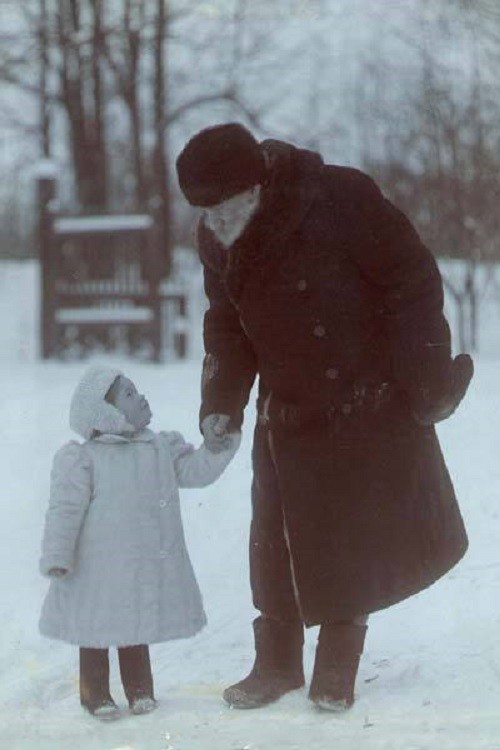 During last years of his life Leo Tolstoy had collected the most important thoughts and systematized them in the form of aphorisms for every day. Quotes from the book “Thoughts for Each Day” – a treasure of eternal truths and brilliant ideas. 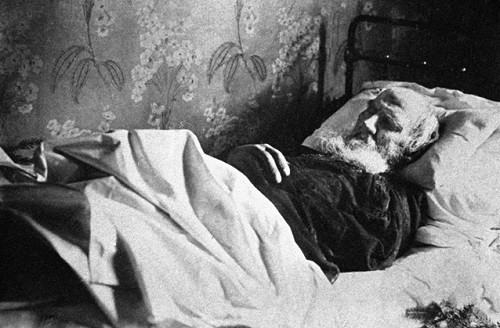 The death of Leo Tolstoy

The death of Leo Tolstoy

Tolstoy died during the trip, which came after the break with his wife in very old age. During the journey Leo had pneumonia, got off to the nearest major station (Astapovo), where he died in the house of the station on November 7, 1910. 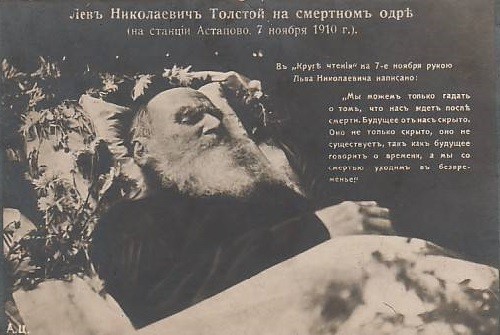 In Russia it was the first public funeral of the famous people who were not in the Orthodox rite (without priests and prayers, without candles and icons) 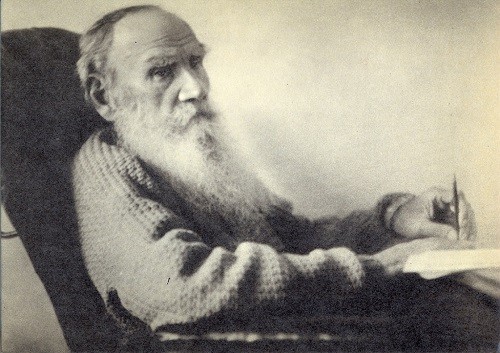 Everyone wants to change humanity, but nobody thinks about how to change himself.

Everything comes to those who wait.

All happy families resemble one another, each unhappy family is unhappy in its own way.

The strength of the government rests on ignorance of the people, and it knows it, and therefore will always fight against education. It’s time we figure it out.

Respect was invented to hide the empty place where love should be.

Shame and disgrace! One fear – is to meet with Russian abroad.

Delving into the soul, we often dig out such things that they should lie unnoticed.

There are no such conditions to which a person could not get used to, especially when he sees all around him are living the same way.

People who can not do anything, people should be doing, and the rest – to promote their education and happiness.

I know in real life, only two misfortunes: remorse and illness. And happiness is only the absence of the two evils.

While there is life, there is happiness .

It’s amazing, how the illusion of beauty is complete. Beautiful woman speaks nonsense, you listen and you do not see stupidity, and see smart. She is doing bad things, and you see something nice. When she does not say anything stupid or bad things, and she is beautiful, now I assure you that she looks smart as a miracle and morality.

In love, there is no more or less.

Seize the moments of happiness, force yourself to love, fall in love yourself! Only this is in the world – the rest is all nonsense.