In the Russian medieval epic Sadko, a man appearing to be a poor psaltery player (gusli player), has talents which are neglected by the merchants of the City of Novgorod (the capital of Novgorod republic). However Sadko, was indeed a very talented person. This was the reason that the beautiful Sea princess, Volkhova, daughter of Tsar Morskoi, the King of the Sea, was charmed by Sandko’s music and songs. Eventually, the princess Volkhova fell in love with the psaltery player. 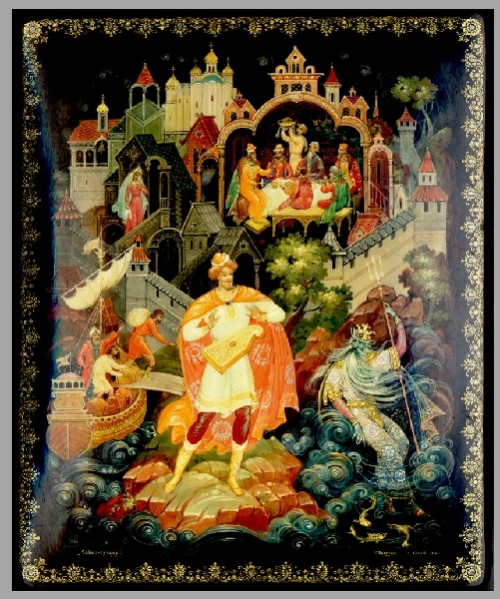 Princess Volkhova gave Sadko a chance to redeem himself when betting on the incidence of golden fish in Lake Ilmen. Sadko won his wager, which had been his life against the wealth of all merchant ships. He took the ships and asked the townspeople to take care of his wife, Lubava, and set sail. 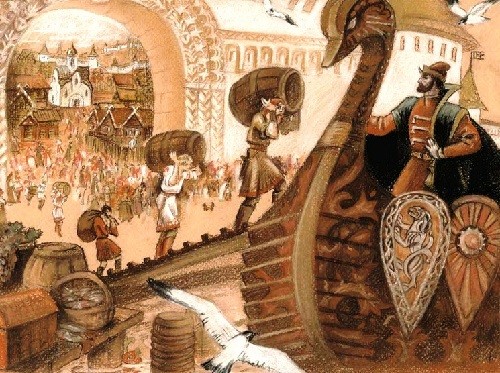 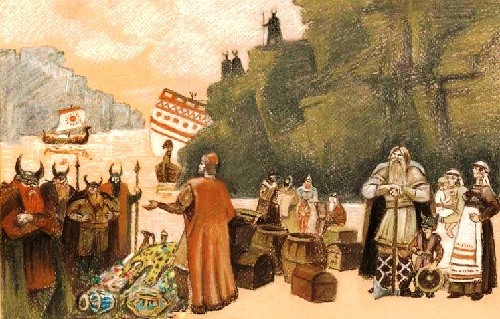 On his journey, Sadko visited Venice, Scandinavia, Egypt, India and many other countries. But, as the ships sailed back to Russia, the wind ceased and the ships could not move. It was that then Sadko realized that because the people had not made proper sacrifices to the Tsar Morskoi, king of the Sea, the ships now stood still. In order to save the sailors Sadko sacrificed himself and jumped into the water. Instantly a brisk breeze filled the sails of the ships and they sailed away towards home. 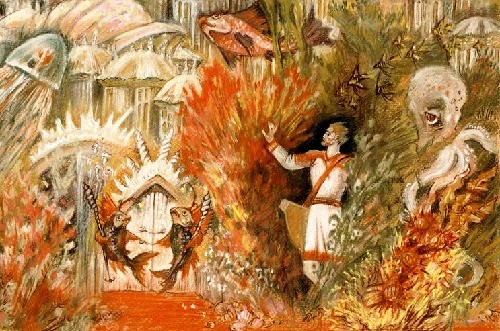 Sadko fell to the bottom of the sea and found himself in the palace of the Tsar Morskoi. The King and Queen of the Sea had heard about Sadko’s musical talents and asked him to play and to sing for them. They were overjoyed and decided to make Sadko stay in Sea Tsardom and promised Volkhova to be his bride. But Sadko told Volkhova that he couldn’t marry her, as he still loved his wife, Lubava. Upset, but still loving the psaltery player, she helped Sadko to pluck away with the help of a flock of sea-horses which took Sadko back to the shore of Lake Ilmen. 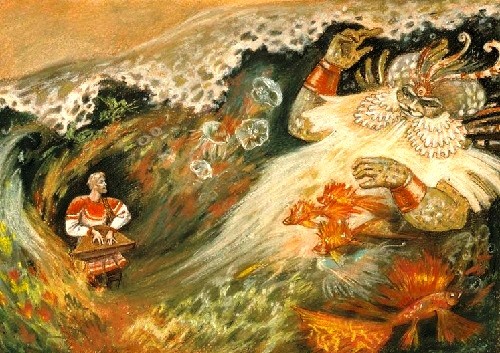 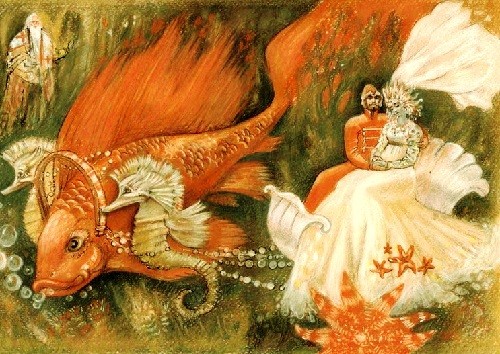 Tired form the journey, Volkhova sings a lullaby to Sadko and he falls asleep. Volkhova kisses him quietly and disappears into the mist, thus becoming the river Volkhova which flows from Lake Ilmen to the sea. 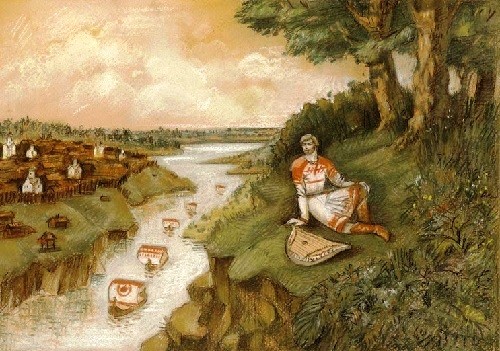 Sadko’s wife, Lubava, who was waiting for her husband all that time, was overjoyed to see her beloved husband again.

They lived happily ever after. 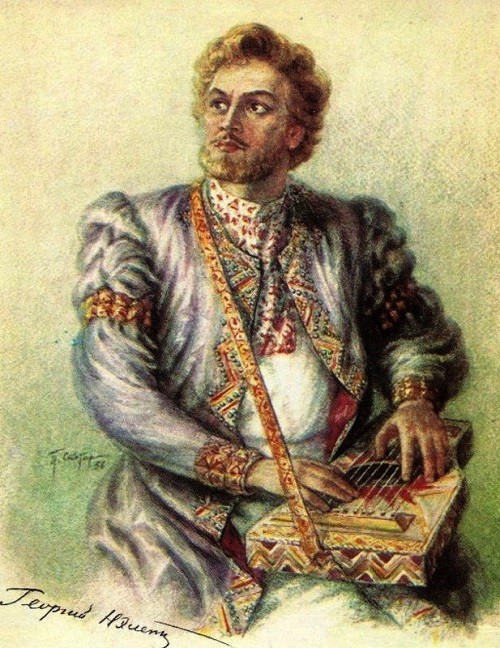 George Nelepp as Sadko in the party. Artist PA Skotar 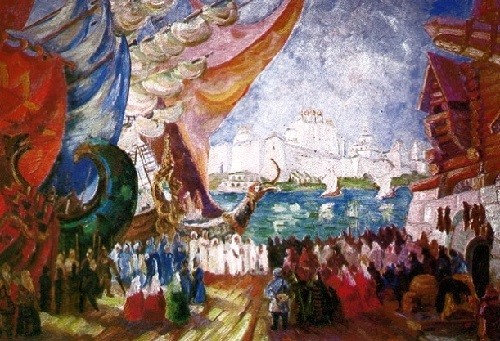 Sadko was a rich merchant who sailed the sea but never paid tribute to the czar of the sea. One day he descended to the watery depths, met the sea czar, and played for him on his qusli, a stringed instrument similar to the psaltery. The czar of the sea was so moved that he began to dance, causing a storm that wrecked many ships. When Sadko came to the water’s surface again, he sailed on the River Volga for some 12 years. Wishing to return to his city of Novgorod, he cut a slice of bread, put some salt on it, and placed it on the waves of the Volga. The river thanked Sadko for his kindness and told him to see its brother, the lake of Ilmen. In reward for his kindness the lake told Sadko to cast his nets into the waters. They were at once filled with fish, which then were miraculously transformed into silver. Nikolai Rimsky- Korsakov used some of the legends for his opera Sadko. 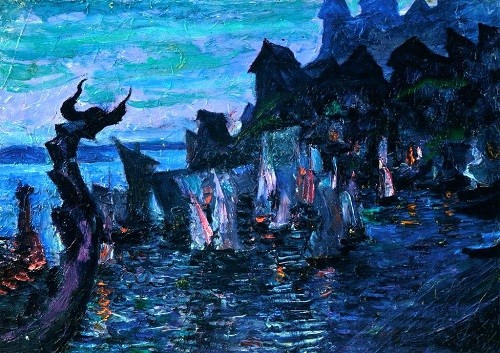 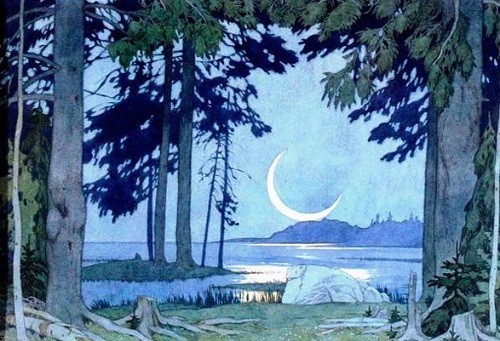 I. Bilibin. Night on the shores of Lake Ilmen. Set Design for the second part of the opera by Rimsky-Korsakov ‘Sadko’. 1914 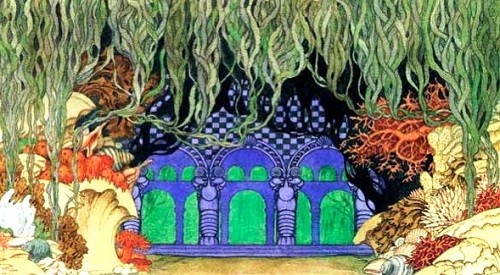 I. Bilibin. Underwater kingdom. Design for the sixth film of the opera by NA Rimsky-Korsakov ‘Sadko’. 1914 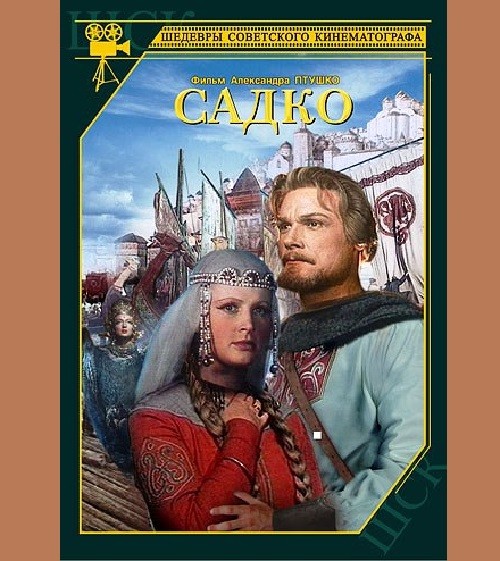 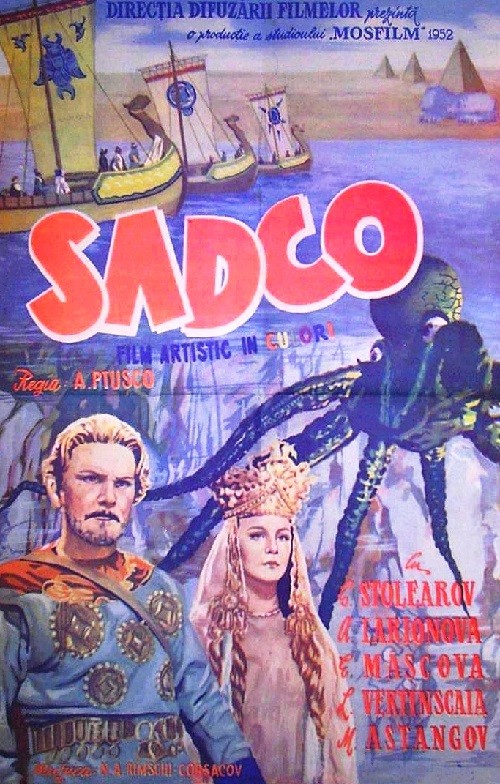 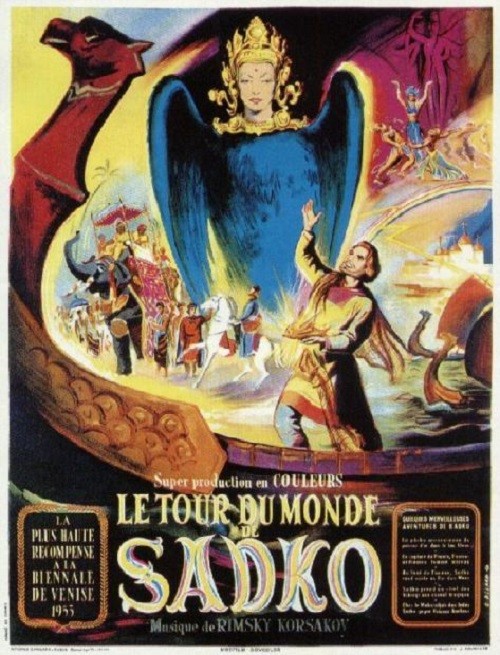 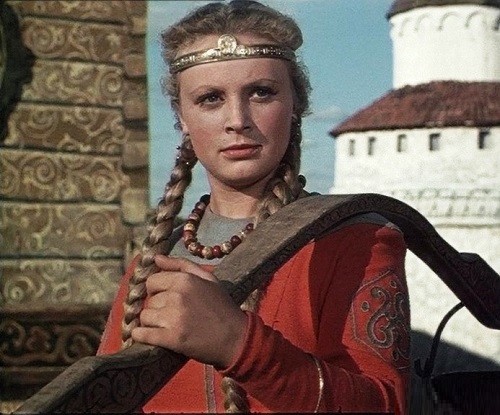 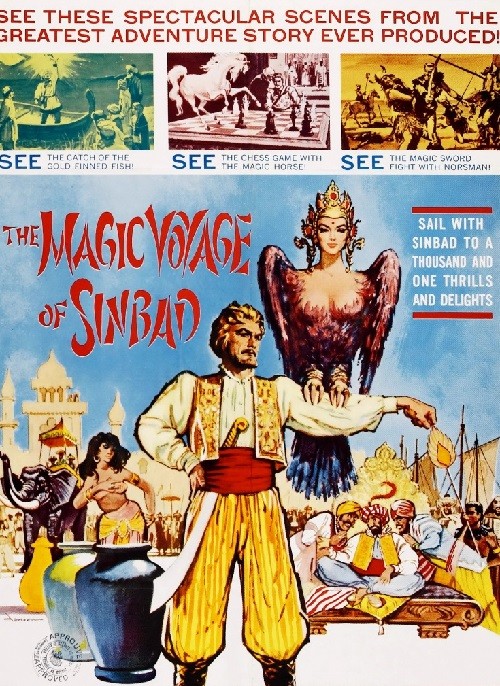 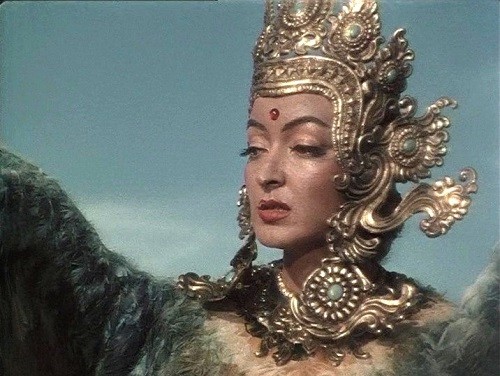 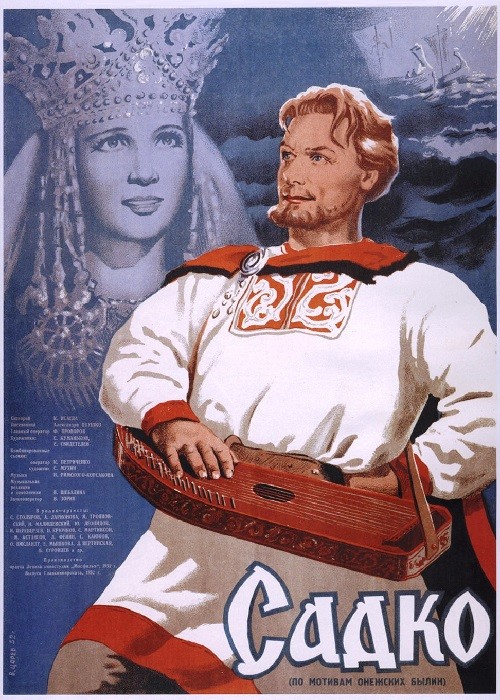 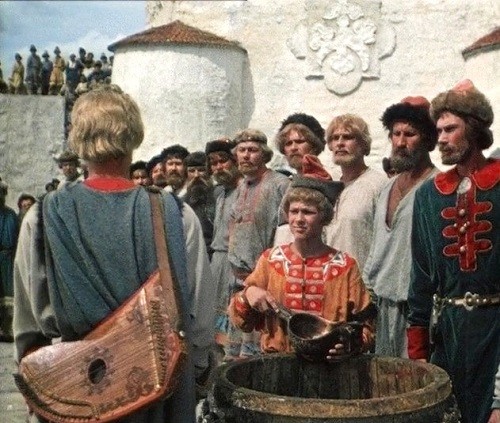 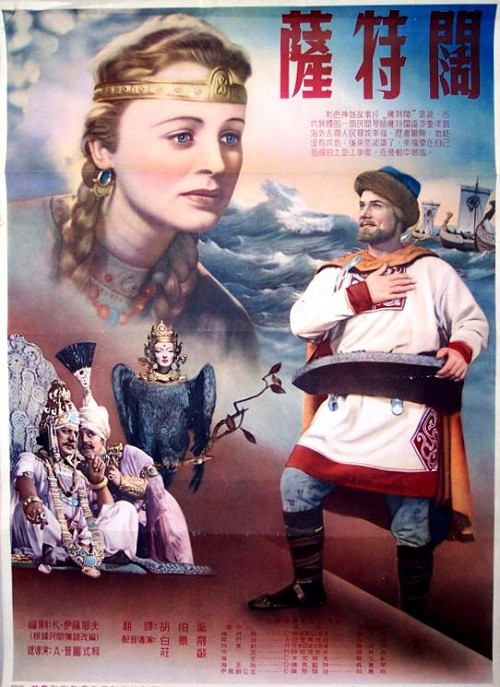 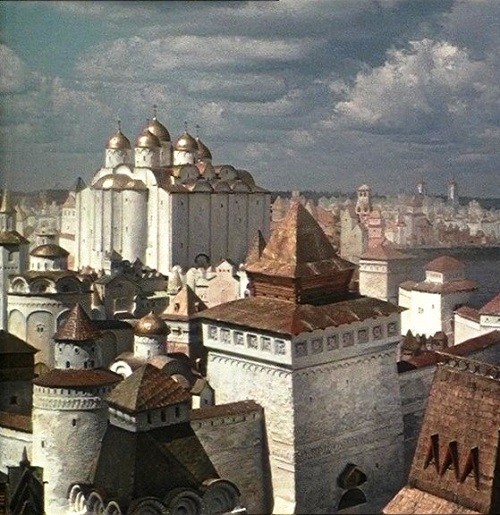 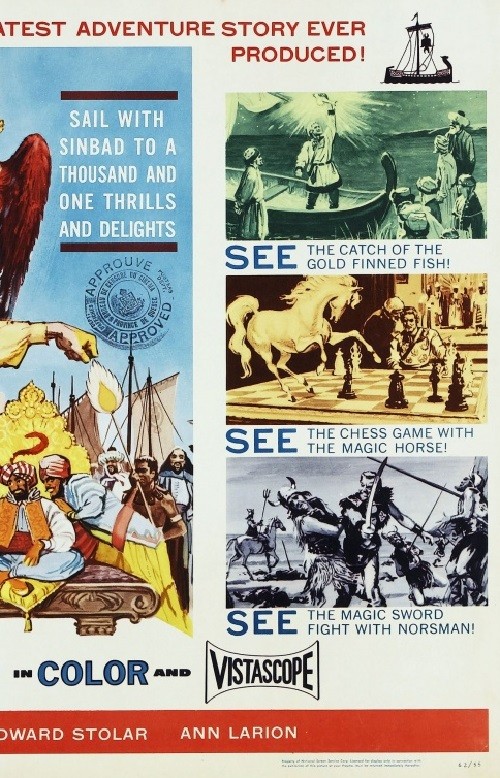 Sadko, 1952 Russian fantasy film directed by Aleksandr Ptushko, a film that won the “Silver Lion” award at the Venice Film Festival in 1953. The lead actor Sergei Stolyarov was included in a list of the world’s best actors.