An interesting fact: in 1960s Russian princess Irina Golitsyna dictated Italian fashion
Born in 1918 in Tbilisi, Irina Golitsyna grew up in Italy, as when the girl was two years old, her family moved to live in Italy. Those revolutionary times, many noble families had to leave Russia. So, the family of Golitsyn settled in Rome. After school, Iren entered the Roman university and intended to become a diplomat. However, while studying, Irina Golitsyno began to feel a lively desire for painting, drawing and … fashion. Irene created the first dress when she was 18. According to her, she had nothing to wear to the ball and so she decided to sew the outfit herself.

Hearing rave reviews about the dress, inspired Irina began studying fashion and drawing.
“I enrolled in the painting and drawing courses and indulged in dreams over the pages of the Vogue magazine,” Golitsyna recalled. 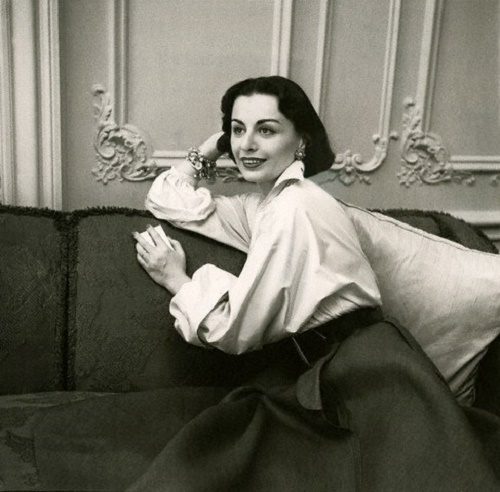 The Russian beauty Golitsyna, thanks to Georgian blood, looked like an Italian and revolved in the highest circles of society. The family was noble, but not wealthy, and Irene had to earn for living. At first she earned by translations of American films, but very soon worked for the Fontana sisters, who dressed all the golden youth of the time.

Irene studied in Italy, England and France. However, in 1943, she returned to Rome.

Meanwhile, the way to her own fashion house was not short. First, she worked as a dressmaker, then a fashion designer for the Fontana sisters. And only then, in 1940s she opened her own small studio and then – the Fashion House “Irene Galitzine”.

Golitsyna became famous in the world in 1960, when her fashion house released a collection of silk suits, called “palazzo pajama”. 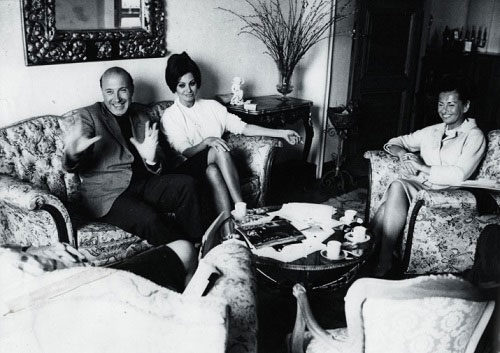 Named the Italian press designer of the year in 1962, in 1965 she received the International Design Award.
Golitsyna dressed such celebrities as Elizabeth Taylor and Greta Garbo, Sophia Loren and Audrey Hepburn, Jacqueline Kennedy, Claudia Cardinale, Monica Vitti, and Maya Plisetskaya… Besides, many were not just Irina’s clients, but her friends and girlfriends.

Irina Galitsyna died October, 20th, 2006 in the house in Rome at the age of 90. Buried at the Catholic cemetery of Testaccio in Rome. Her fashion house exists to this day. Among historians and connoisseurs of Italian fashion, she is associated with “palace pajamas”.

From the collections created by Golitsyna

Clothes from the collections created by Golitsyna are in the expositions of many museums around the world, including the Metropolitan New York and Victoria and Albert in London.