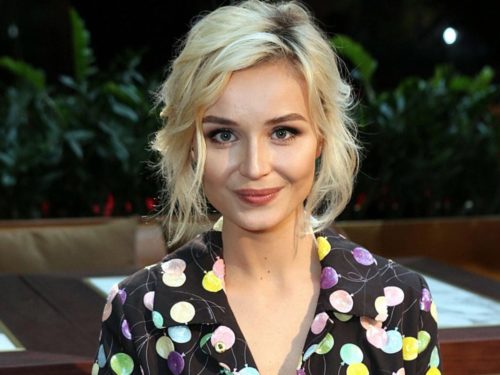 Beautiful Russian singer Polina Gagarina will represent Russia at the next “Eurovision” contest, which will be held in May 2015 in Austria. According to media sources, such choice was made by the first channel, which this year provides broadcast of the song contest in our country. Russian organizing committee chose to abandon the public competitive selection process, which is practiced in most countries participating in musical competitions. The candidacy of 27-year-old singer was approved at an internal meeting of the first channel, by discussing the most likely contestant from Russia.

For Austria, the Russian star will leave in May. In the beginning she will act in the first semifinal. In the event of a successful outcome Polina Gagarina will defend the honor of our country in the finals of the competition on 23 May. The song, which will be released on European scene, has not been determined, but, according to SUPER, Polina Gagarina will perform it in the near future.

Last year’s victory in the “Eurovision” belongs to the bearded singer Conchita Wurst, who managed to win the hearts of viewers by impressive show about the “rise of the Phoenix from the ashes”.

Polina Gagarina became popular after participating in the legendary Russian TV show “Star Factory” twelve years ago. The girl was the winner of the project, however, their cooperation with Maxim Fadeev, who was the producer of the project, has stopped. Gagarina launched her solo voyage, and soon came under the wing of the other producer – Konstantin Meladze. Recently Gagarina’s career took off – numerous hits by the singer appear in the top of the charts, and she has recently presented a solo show in the metropolitan concert hall “Crocus City”.

Polina Gagarina has seven-year-old son Andrey from marriage to actor Pyotr Kislov. The couple broke up five years ago. And last year, Gagarina married: the choice of pop diva has become a fashion photographer Dmitry Iskhakov.

Director of world only gypsy theater Nikolai Slichenko was born December 27, 1934 in