The Soviet posters of World War II are works of art and reflect elements of the Soviet cultural heritage. Such posters have often been displayed at special stands. Military posters differed as to the quality of performance, and form. Some posters were rude caricatures, while others were paintings on military subjects or photographs and had been popular with explanations about what is happening or poetic commentary, or with the quote from the works of Vladimir Lenin or Joseph Stalin.

Blood for blood, death for death

Together with radio and newspapers the Soviet posters of World War II were the means of agitation and propaganda during the war, affecting the consciousness and the mood of people with the aim of encouraging them to political, labor, or other activities.

death to the German fascist invaders

The poster was one of the most important genres of Soviet art in the Great Patriotic War. Also, as in the Civil War, this art experienced flourishing; moreover, many artists worked in both periods – World War I and World War II.

Give more tanks and weapons, aircraft, artillery, mortars, machine guns, rifles. Everything for the front, everything for victory

During the war posters produced in many Russian cities – Moscow, the siege Leningrad, in Gorky, Ivanov, Krasnoyarsk, Murmansk, Penza, Rostov, Saratov, Sverdlovsk, Kuibyshev, Tyumen, Khabarovsk, Tomsk, Chelyabinsk and others. Posters were created in the republics, especially Armenia and Georgia. In 1944, in the halls of the State Tretyakov Gallery in Moscow, there was an exhibition of Armenian poster, where stood the name of the artists – Mariam Aslamazian (“Blood for blood!”), Engraver Hakob Kojoyan, posters by Vasily Suryaninov, Gahiryan. Georgians released a large series of posters “Bayonet and pen” (R. Samerdzhiev, Sh Beritashvili), Muscovites also took part in it – Kukryniksy, Boris Efimov, Julius Ganf. Posters were produced in Kazakhstan, Turkmenistan and Uzbekistan.

Part of the Soviet propaganda posters of WWII were created by a group of artists under the name “TASS Windows”, which became the reincarnation of the Civil War “Okna ROSTa” (Window of ROST). Such images were reproduced using stencils and usually hung on special stands in Moscow and other cities. It was a special kind of Meiling poster created by not printing, but manually applying adhesive inks on paper through the stencil. Comparing with a printed poster, colorful TASS posters had more freedom. Another important property – mobility, instant reaction to this or that event. 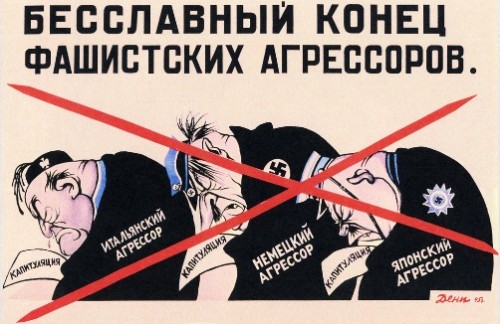 inglorious end of the fascist aggressors 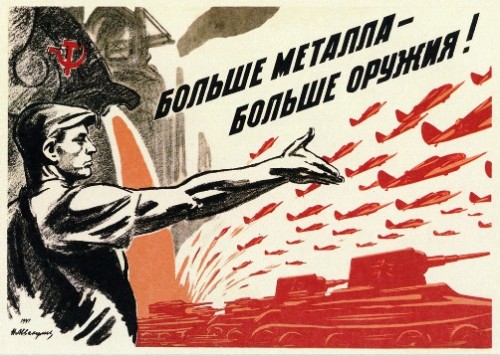 The Red Army will sweep garbage with filthy broom

The Red Army will sweep garbage with filthy broom

What did you help to the front 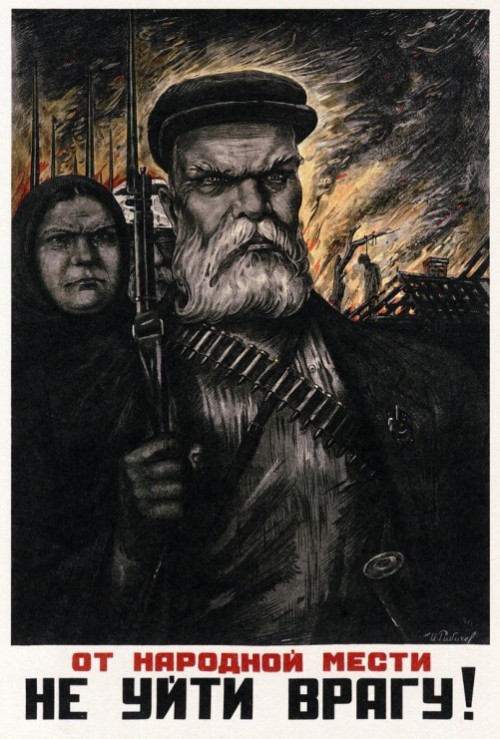 You will not escape people’s revenge

You will reap what you sowed, you will not escape judgement 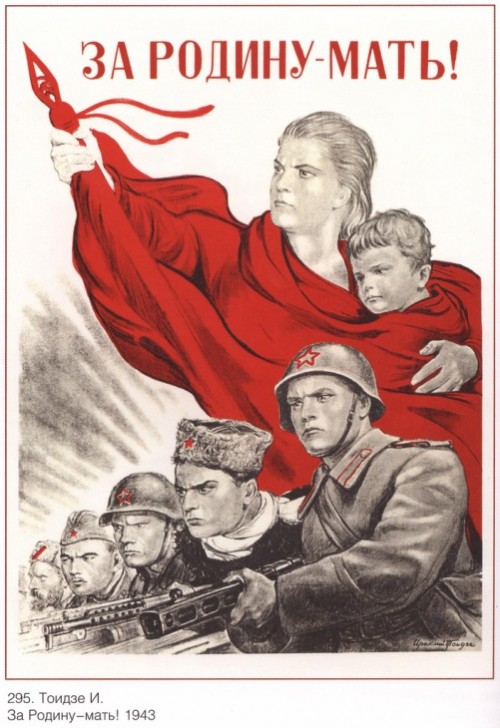 Let our ancestors encourage you 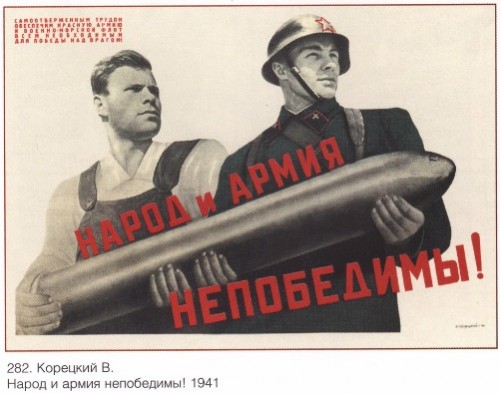 People and Army are invincible 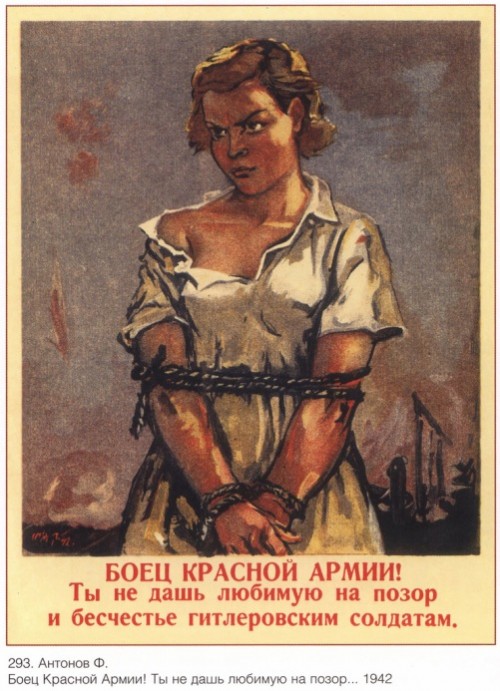 Soldier of the Red Army, do not give your beloved to shame and dishonor from Nazi soldiers

Soviet posters of World War II. You will not get our land

Popular poster “Motherland calls!” was the first and the most famous Soviet poster of the second world war. The text on the sheet in the Motherland hand is the Red Army oath.

“For the Motherland, for Stalin! – was the official war-cry of the Red Army during the second world war

“Who comes to us with a sword by the sword shall die”. Quotation ascribed to the Prince of Novgorod Alexander Nevsky who repelled Livonian Knights intrusion into Russia in 1242.

German tank will not pass here!
I wait for you, liberator!

Russian child-prisoner of a Nazi extermination camp. Other name of this poster is “Red Army warrior, rescue me!”
Death to the baby-killers

We are drinking the water of our native Dnieper. We will drink the water of the Prut, the Neman, the Bug River. Cleanse the native land of the Nazi vermin!
Raise the Victory Banner in Berlin!

What did you help to the front