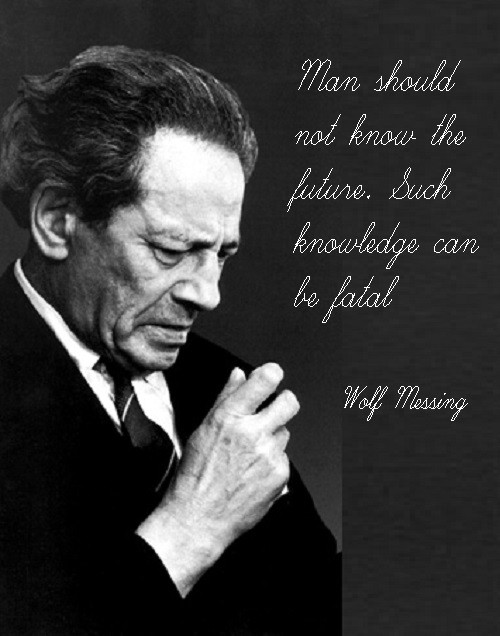 It is difficult to imagine that some half a century ago, the name of telepathist Wolf Messing was on the lips of all Europe. In the Soviet Union Wolf Messing was famous as a skillful hypnotist and diviner, and in the European countries he had a reputation as an unsurpassed psychic, clairvoyant, soothsayer and prophet of the 20th century. Sigmund Freud and Albert Einstein admired him, and Hitler considered him a personal enemy. Wolf Messing was a teacher for the officers of the NKVD (KGB). In 1937 Messing got in Gestapo list, having predicted the death of Hitler, if he goes to the East. Being caught up in Warsaw, he used his power of suggestion. He made policemen and the chief ​​to gather in his cell. The cell became their trap, and Wolf safely freed himself. He managed to escape to the USSR. During the Second World War, all of his relatives died in a concentration camp. Stalin and Beria personally checked the ability of Messing. 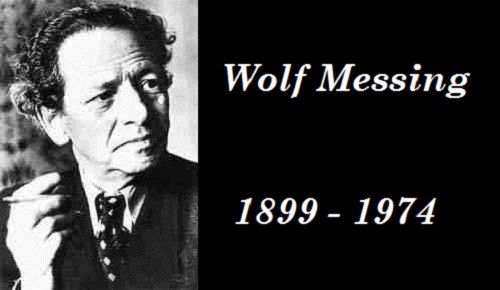 Wolf Grigorevich Messing was born 1 September 1899 in the village of Gora Kalwaria, near Warsaw, at the territory of the Russian Empire. He claimed that his psychic abilities developed in his early life. By the time he was a teenager he was performing to the public. According to Messing, he was able to broadcast mental suggestions in order to alter people’s perceptions. In the interview to the P. Oreshkin, Messing said: “It’s not mind-reading, it’s, like the “reading of muscles” … When human thinks hard about something, the brain cells transmit impulses to all muscles of the body. Their movements, invisible to the eye, I can easily feel. … Often I’m performing mental tasks without direct contact with the inductor. The pointer to me here is the breathing frequency of inductor, the beating of his heart, voice timbre, his walking nature etc”. 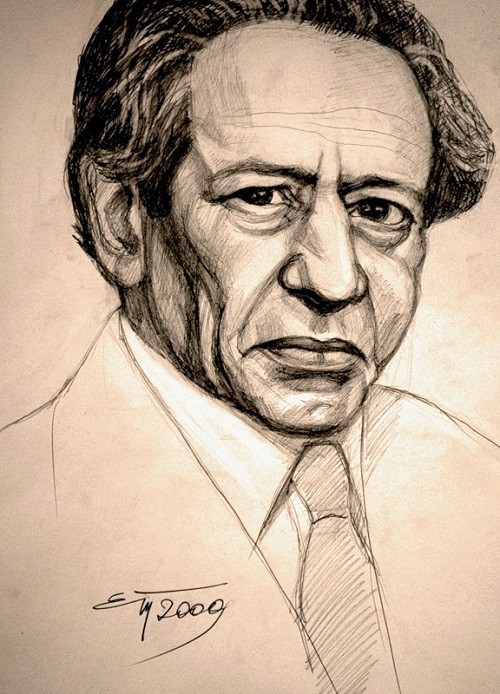 The methodology of Messing was similarly explained by corresponding member of the Academy of Medical Sciences of the USSR D.A. Biryukov, head of the medical school, in which Messing demonstrated his ability. 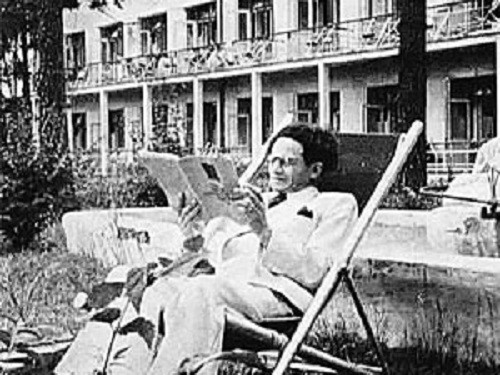 It should be noted that Messing was admired by Einstein, Freud, and the words of the famous predictor were immediately reported to the Fuehrer. Eric Ganussen – Hitler’s personal astrologer, who believed in all the superstitions, myths and predictions – confirmed the fact that a Jew Messing with whom he once had a chance to meet, do not cheat. Once, during a speech on the same stage Eric and Wolf tried to read each other’s thoughts and on this parted, but in the soul of that meeting Ganussen had a sense of loss. 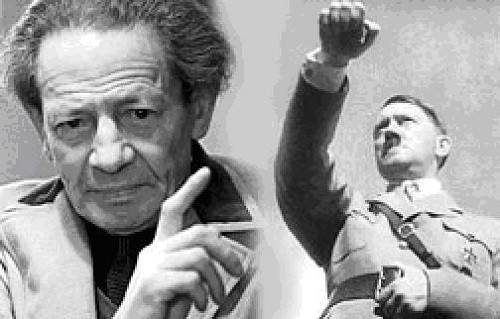 In 1937 Messing got in Gestapo list, having predicted the death of Hitler, if he goes to the East

Hitler was furious and since Wolf Messing became his number one enemy, for whom also was appointed a solid premium – 210,000 DM, at the exchange rate constituted a vast fortune. The Germans arrived in Warsaw and throughout Poland’s capital were pasted “wanted posters” with Messing’s photograph on it. 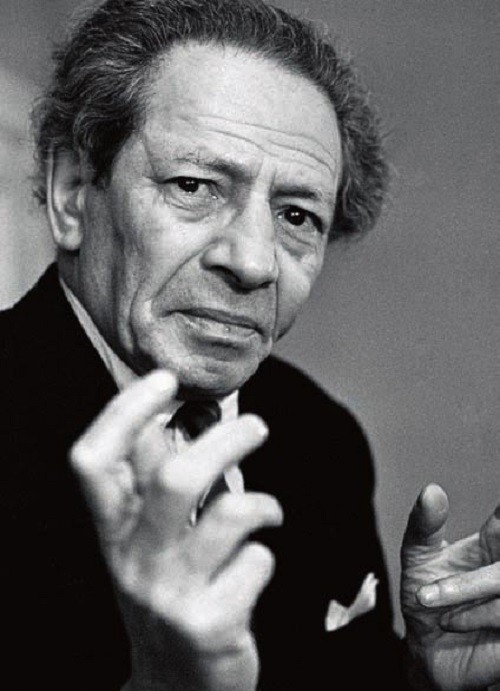 Messing could read thoughts at a distance, mind-reading, predict the future, guess a person’s fate on photos and more. He worked fruitfully, giving concerts and propagandizing unusual human abilities, pushing scientists to research the mysterious phenomena of the human psyche.

During World War II the magician Messing contributed two fighter aircrafts. First fighter Yak-7, was built in Novosibirsk, it was acquired by Wolf Messing in 1944 specifically for lieutenant Konstantin Kovalev awarded the order Hero of the Soviet Union. On the fuselage of the aircraft was the inscription: “A gift from the Soviet patriot VG Messing to the Hero of the Soviet Union, the Baltic pilot KF Kovalev”. At this fighter Konstantin Kovalev shot down 4 enemy aircrafts. Kovalev and Messing stayed friends and visited one another after the war. The second fighter was purchased in 1944 and served in the Regiment “Warsaw”. In 1943-1944, Messing lived in Novosibirsk. 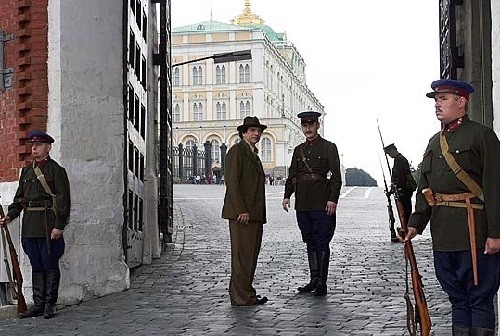 Wolf Messing who has seen through time, TV series of 2009, Russia 1

Wolf Messing oddly enjoyed the patronage of the Soviet leadership. Joseph Stalin did not interfere with his activities and tours, on the contrary, even allocated a nice apartment in the capital. Science of the time was not so kind to Wolf Messing, because at that time it did not recognize telepathy, and considered it quackery. Once, despite Beria’s instruction not to release Messing from the Kremlin, without a special permit, he easily left the carefully guarded building. 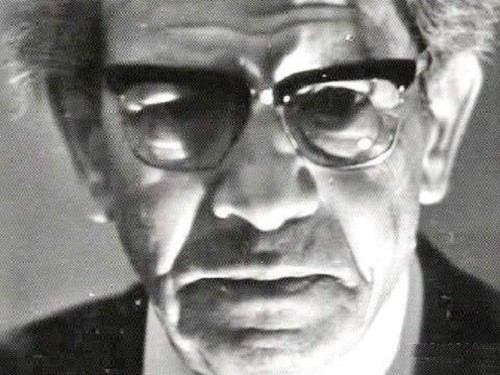 Messing, accompanied by men in civilian clothes came to the bank and on the usual piece of paper torn from a notebook, got about a hundred thousand Soviet rubles. NKVD verified that fact, and then returned the money to dumbfounded bank employee, who was so impressed that got a heart attack. The competent NKVD commission testified the fact – Messing received 100 000 rubles in the State Bank exchanged on the ordinary clean piece of paper. 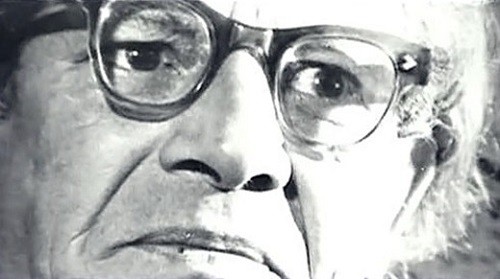 In 1953, the main patron of Messing Josef Stalin dies, replaced by Khrushchev. Khrushchev asks Wolf to speak at the XXII Congress of the Communist Party, and tell that the images of Lenin and Stalin come to him and order to bury their bodies out of the mausoleum. Messing refuses, citing the fact that he does not believe in spiritualism and does not communicate with the dead. This influenced the fact that Khrushchev relationship did not exist, concerts now did not go smoothly, but Messing was not up to them – the death of his beloved wife, and her death, he predicted with terrifying precision. 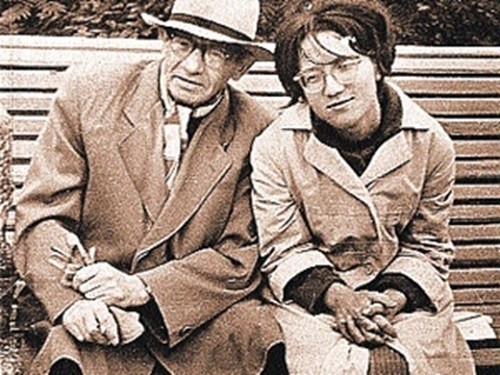 Wolf Messing met his love in Novosibirsk in 1944

Many years Aida Mikhailovna Messing-Rapoport was not just the wife of Messing, but faithful assistant. Wolf Messing met his love in Novosibirsk in 1944, and after some time, doctors diagnosed Aida with cancer. Her condition deteriorated and no action, including radiation and chemotherapy had no effect on the disease, and indeed Aida M. was strongly opposed to hospitalization. Instead, she also toured the country, accompanying her husband. Once she felt really bad, and somehow Messing brought his wife to Moscow. Leading doctors of the time – director of the Institute of Oncology and Hematology Kassirsky Blokhin promised to save her. However Messing already knew everything, he did not want to make a fool out of him, and told to doctors that his wife dies August 2, 1960 at seven o’clock. Wolf Messing was right. 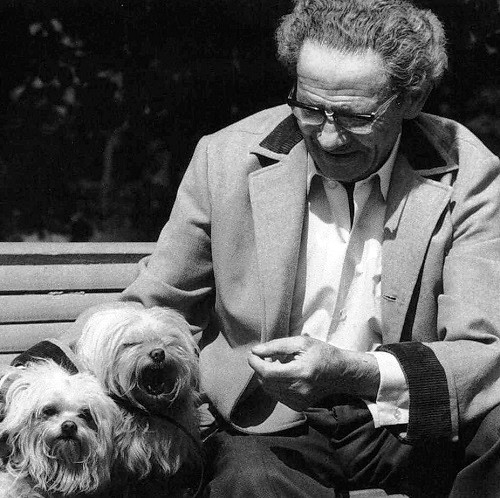 Not surprisingly, after this incident his ability prediction Wolf Messing considered a curse rather than a gift of heaven. He fell into a deep depression, did not speak and could hardly predict anything. At this time with him were two of his faithful dogs – Masha and Fluff, and Aida’s sister who desperately nursed Messing. With great difficulty Messing came back to life. His performances were again on the posters, he communicated with people. 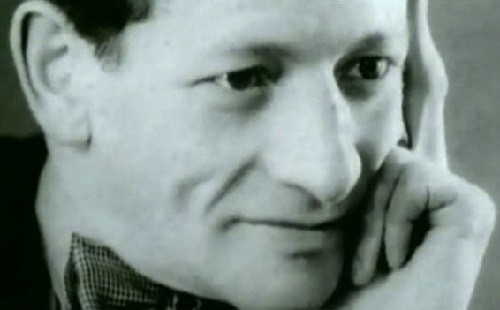 In the late 60s Messing received the title of Honored Artist of the RSFSR and was extremely happy about this. It seemed to him that his gift would be studied, he would receive the recognition of science, but it was one of the few predictions of the great Wolf Messing, which did not come true . 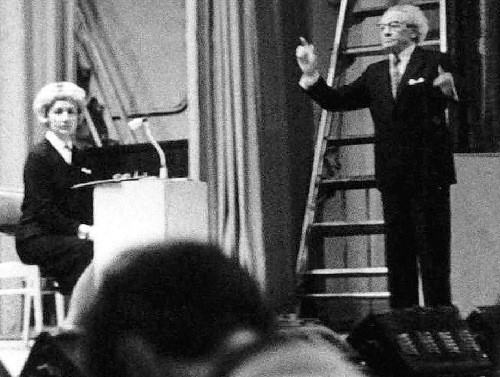 At the stage Wolf Messing and his assistant V. Ivanovskaya 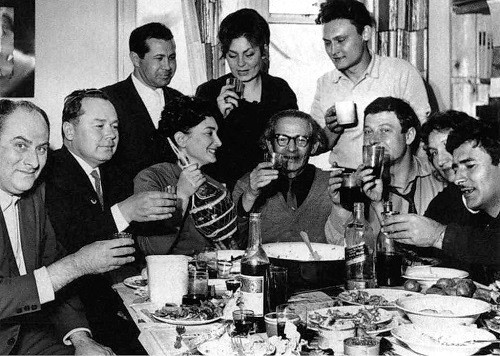 At the end of a long life Messing was seriously ill. Escape from German captivity in Warsaw made ​​itself felt and legs began to fail. He was scheduled for surgery at the famous surgeon Vladimir Burakovsky. Leaving his home, before leaving for the hospital, Messing with witnesses looked at his own portrait and said that he would never return. The operation was successful, but after it suddenly refused the heart and kidneys. Great mind and awesome psychic, mysterious figure of his era Telepathist Wolf Messing died Oct. 8, 1974. 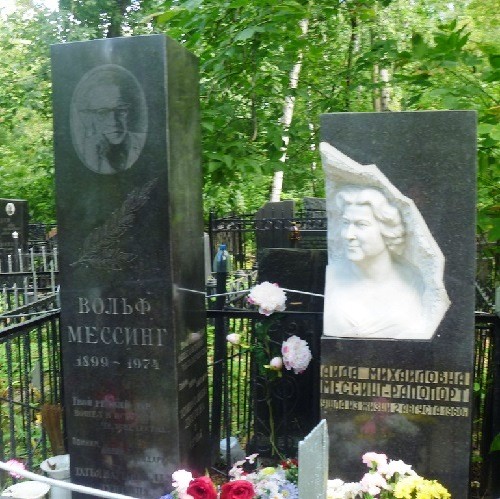 Wolf Messing was buried at the Vostryakovskoe cemetery in Moscow, next to his wife Aida Mikhailovna Messing-Rapoport 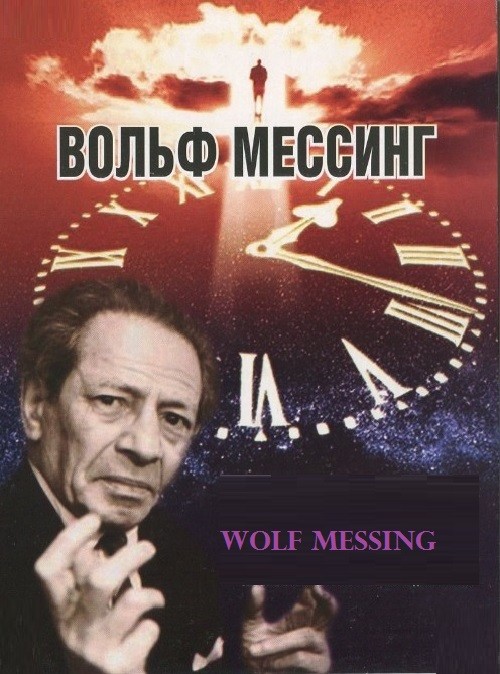 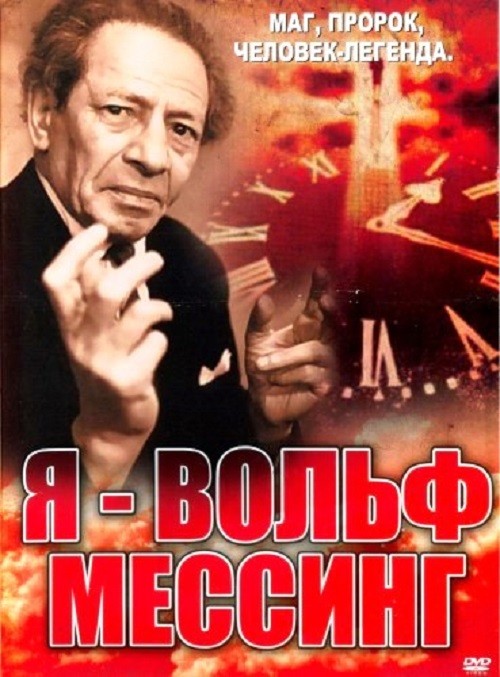 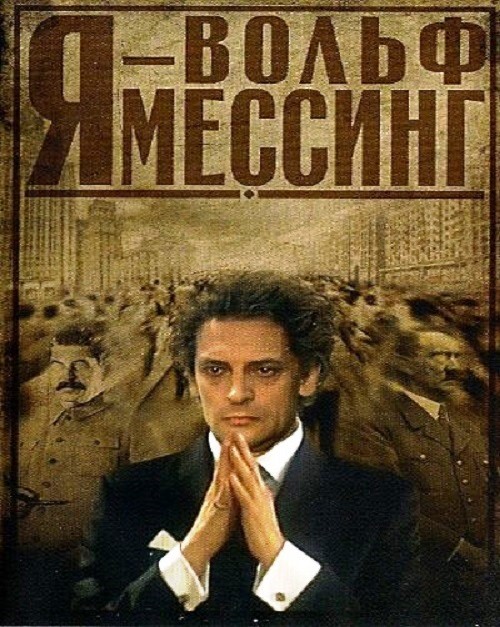 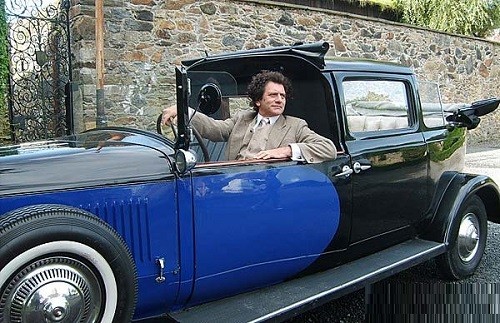 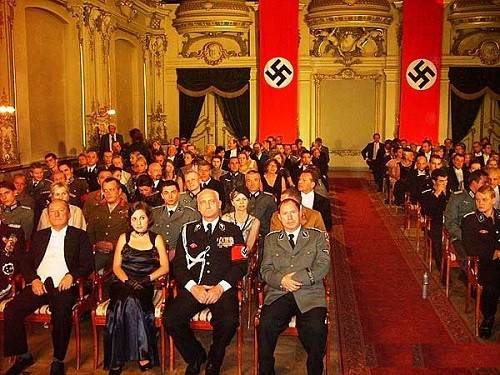 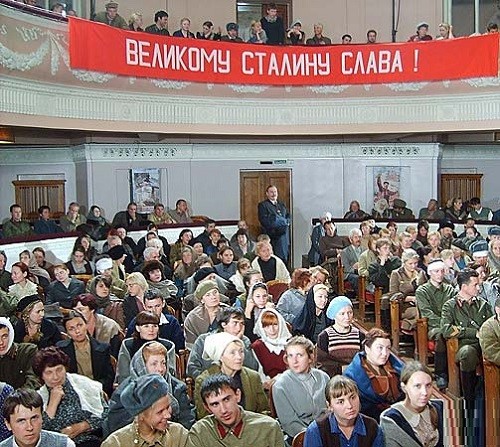 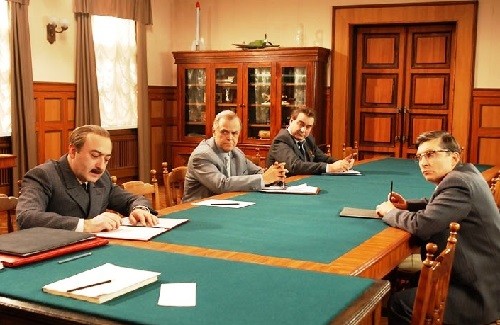 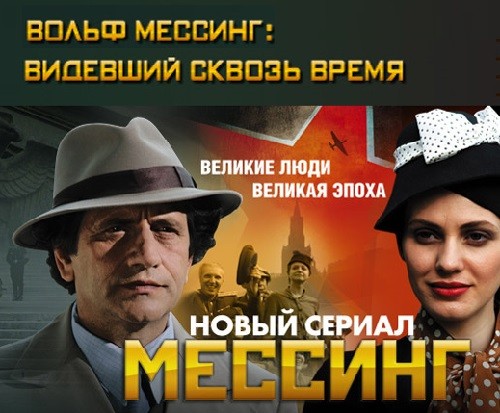 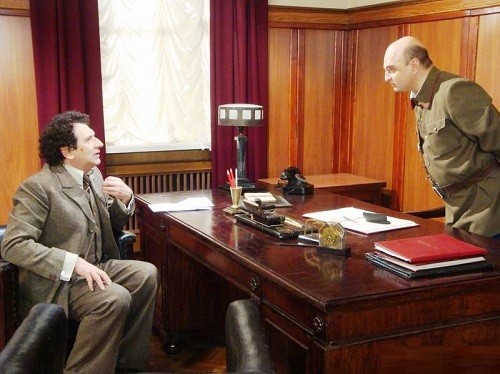 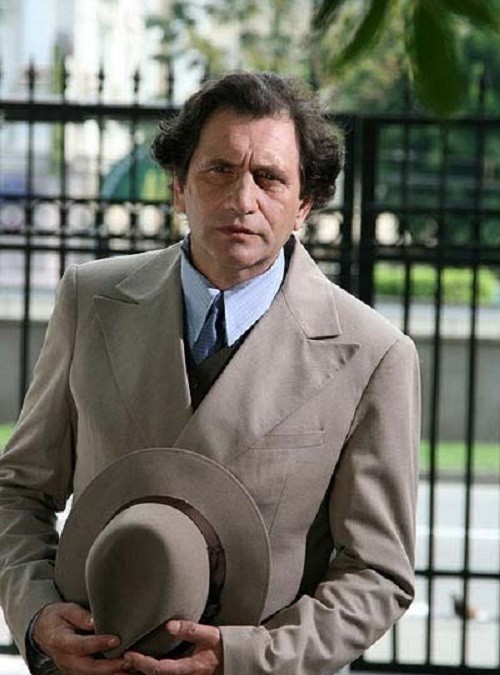