Vladimir Putin against decadent West. Russia no longer considers itself part of European — much less Euro-Atlantic — civilization. Russia is a democracy, but of a special type. The country has rejected communist and “pseudo-­democratic” dogmas. If more than 90 percent of Russians support the annexation of Crimea, it means the move had a strong backing and legitimacy based on the fundamental democratic principal of vox populi. Crimea, said Putin, “is the location of ancient Khersones, where Prince Vladimir was baptized. His spiritual feat of adopting Orthodoxy predetermined the overall basis of the culture, civilization and human values that unite the peoples of Russia, Ukraine and Belarus.”

07 Sep 2007, Sydney, Australia. Russian President Vladimir Putin is pictured against the background of the Sydney Opera House while taking a walk around Sydney Harbour

“Many Euro-Atlantic countries have moved away from their roots, including Christian values. Policies are being pursued that place on the same level a multi-child family and a same-sex partnership, a faith in God and a belief in Satan. This is the path to degradation.”

In reality, the West’s policy has been to lie to Russia, make decisions behind its back and to try to weaken the country’s influence on the global arena. “Russia feels that it has been not just robbed, but plundered,” Putin said in his March 18 speech. From now on, Russia will be forced to base its actions on this harsh reality.

International law is no longer a system of rules or set of reference points. Putin argues that international law has been reduced to a menu of options from which every powerful state is free to choose whatever suits its interests. To put down the uprising in Chechnya, for example, Moscow cited the international principle of upholding territorial integrity. But in annexing Crimea, it cited the fundamental right to self-determination. 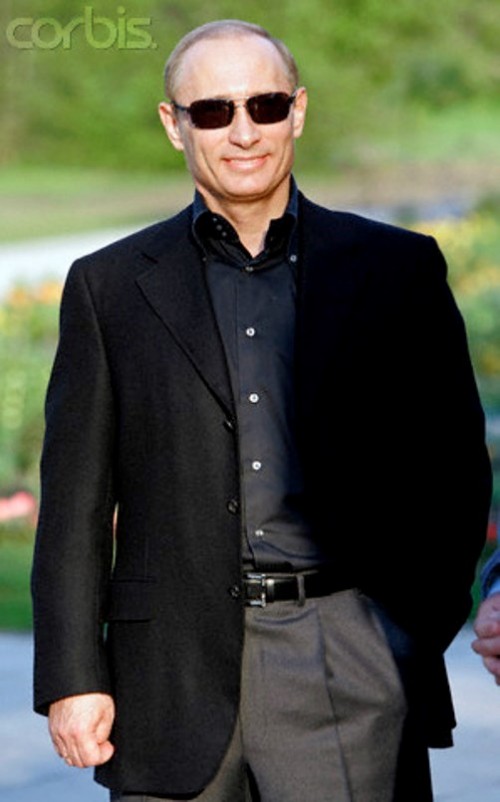 President Vladimir Putin waits for arrival of German Chancellor Angela Merkel on the eve of a Russia-EU summit in Volzhsky Utyos near the Volga River city of Samara. The summit, which is clouded by sharp rifts on energy trade and security issues, isn’t expected to yield any agreements

This is a classical double standard, something Russia has always loved criticizing the U.S. for. But under Putin, Russia is now a powerful country and thus has the right to flaunt its own double standards, just like the U.S., and create its own “sovereign democracy.” Meanwhile, a weak Ukraine does not have these rights and privileges.

Russian President-elect Vladimir Putin, wearing naval uniform, tours a ship of the Northern fleet near the town of Severmorsk April 6. Putin has yet to provide detailed plans for Russia’s future, but continues to build on the dynamic image that helped to secure his post in a presidential poll last month

The new Putin Doctrine applies to the entire territory of the former Soviet Union. Putin justifies the right to oversee this expanse by relying on a vague notion of “Russia’s historical heritage” and the need to ensure the country’s security in its rightful sphere of influence. As it turns out, from now on the sovereignty of the former Soviet republics will depend on how the Kremlin views its strategic interests. The only exceptions are the three former Baltic republics, which are NATO members.

Russian President Vladimir Putin reacts as he watches a judo match during the President’s Cup Judo competition in the Ural’s town of Magnitogorsk, December 9, 2000. Putin opened the competition rooting for his old team on its way to victory

Moscow has drawn its own red line: Russia will take action if any of the former Soviet republics attempt to join NATO or the European Union or agree to host Western military bases on their territory. The Kremlin has a couple of tools to undermine any country that shifts too far to the West. It reserves the right to send in troops, install a government loyal to Moscow and hold a referendum, as it did in Crimea.

27 Feb 2004, Ovsyanka, Russia. Russian President Vladimir Putin adjusts the hood of his jacket as he is accompanied by Krasnoyarsk region governor during his visit to the village of Ovsyanka 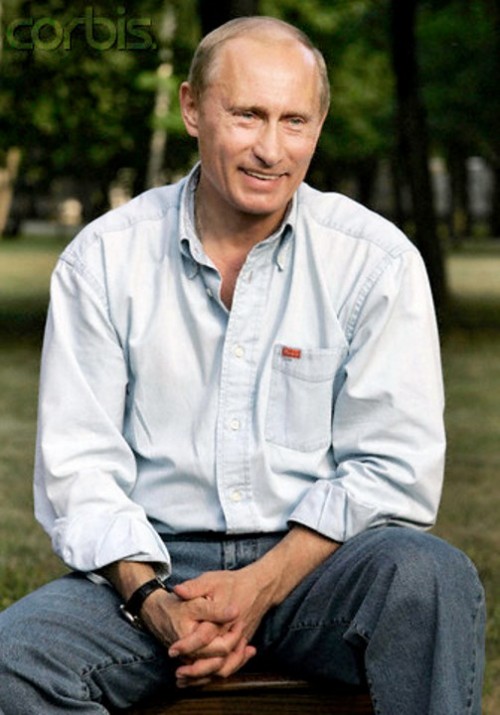 The main Westphalian principle upholding state sovereignty and territorial integrity now applies only to the strongest countries that protect their borders with their own armies or the armies of military blocs such as NATO or the Collective Security Treaty Organization. The sovereignty and integrity of weak and especially failed states becomes open game for powerful states and their blocs. States now fall into two categories: the big leagues, with security and other guarantees for its members, and the little leagues, with far fewer guarantees.

According to this logic, if any powerful and strong-willed country believes that its military, strategic, economic or political interests are at risk, it is free to intervene in the internal affairs of weaker countries — and even seize parts of their territory.

International organizations such as the United Nations, the Organization for Security and Cooperation in Europe and the Council of Europe now play a greatly diminished role. It is only necessary to adhere to their rules and frameworks as long as they do not compromise a powerful country’s ability to defend its national interests. If they do, strong states should simply ignore these organizations. This is how the U.S. and its allies behaved when they bypassed the UN Security Council to conduct several military operations over the past 20 years. 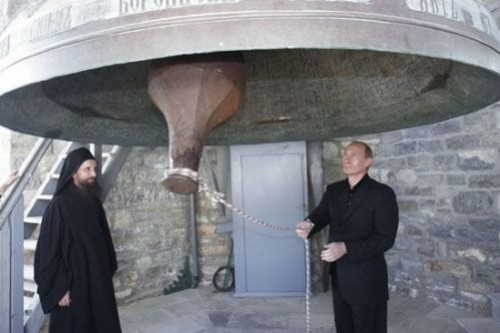 The new Putin Doctrine is based on a fundamentally new balance of power in the world. The West’s combined military and economic influence has fallen dramatically and continues to decline. At the same time, Asia, South America and Africa are gaining in influence, and the major non-Western member states of BRICS, the Shanghai Cooperation Organization and others would like to see new rules of the game devised so that they can also advance their interests.

Russian President Vladimir Putin visited the pyramids of Giza during his visit to Egypt. 27 Apr 2005

This new playing field for international affairs will make the world dangerously volatile and increase the risks for more military conflicts. But the problem is that each country believes it will come out the winner in this global wrestling match, while there are few rules, regulations or umpires to help limit the losses and number of innocent victims.

Russian President Vladimir Putin waits for the arrival of German Chancellor Angela Merkel on the eve of the EU-Russia Summit in Volzhsky Utjos, outside Samara, Russia, 17 May 2007

In the culture war for the future of mankind, Putin is planting Russia’s flag firmly on the side of traditional Christianity. His recent speeches carry echoes of John Paul II whose Evangelium Vitae in 1995 excoriated the West for its embrace of a “culture of death.”

Russian President Vladimir Putin visits the southern most point in Africa, The Cape of Good Hope, on the second day of his official visit to South Africa, Cape Town, Wednesday 06 September 2006.

What did Pope John Paul mean by moral crimes?

Russian President Vladimir Putin removes his helmet after flying into Severny airport near Grozny March 20. Putin paid an unscheduled visit to Chechnya on Monday when he flew in to the rebel region in a Sukhoi-27 fighter jet.

“While the other super-powers march to a pagan world-view,” writes WCF’s Allan Carlson, “Russia is defending Judeo-Christian values. During the Soviet era, Western communists flocked to Moscow. This year, World Congress of Families VII will be held in Moscow, Sept. 10-12.” 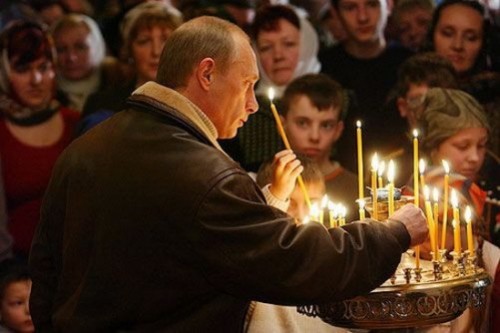